Almere is The Netherland’s newest city, located alongside a lake and sits raised above surrounding existing levels as part of the city master plan. Due to it’s proximity to the lake and the particular concentration of tall buildings a wind tunnel effect was deterring residents and customers away from the main shopping mall.

A series of canopy structures were built to bring conditions to an acceptable level for residents. Measured gust speeds have been reduced by as much as 50% in critical areas. 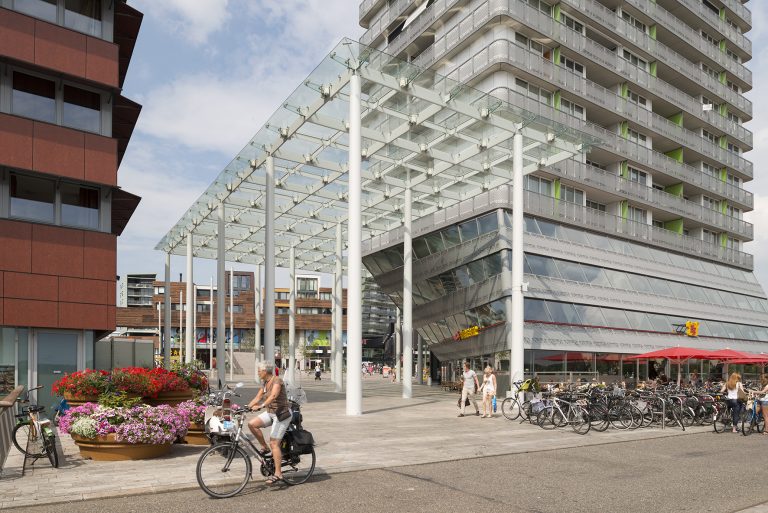 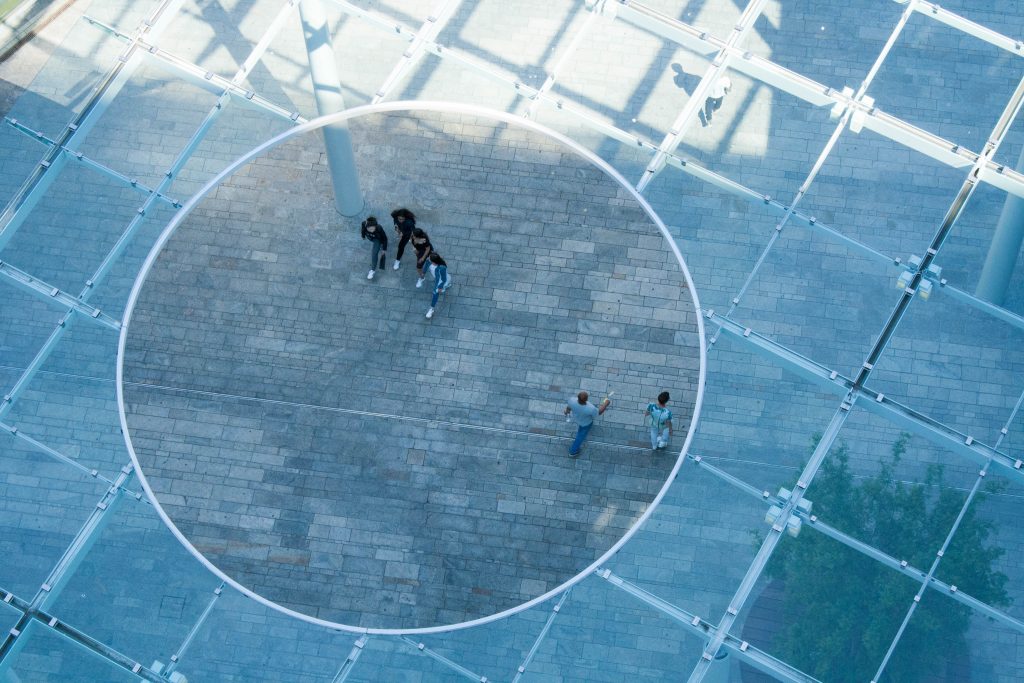 A grid of primary and secondary components was developed based on the capabilities of heat-tempered glass, essential for economy. The form resolves the conflicting grids of surrounding superstructures and car-parking levels below and includes large openings for landscaping.

In both canopies the top glass surface does not form a continuous surface. Although the roof was not intended to be a full shelter it could not drip after a storm and so a drainage system was integrated into the design. The general principle is to direct the rain collected by the glass surface along the steel members towards the hollow steel columns.

The tapered columns are downpipes, made in stages and clad rather than formed as true cones for economy. Temperature effects are controlled by flexing within the system. The roof run-off had to be tied into the existing drainage system at ground level. 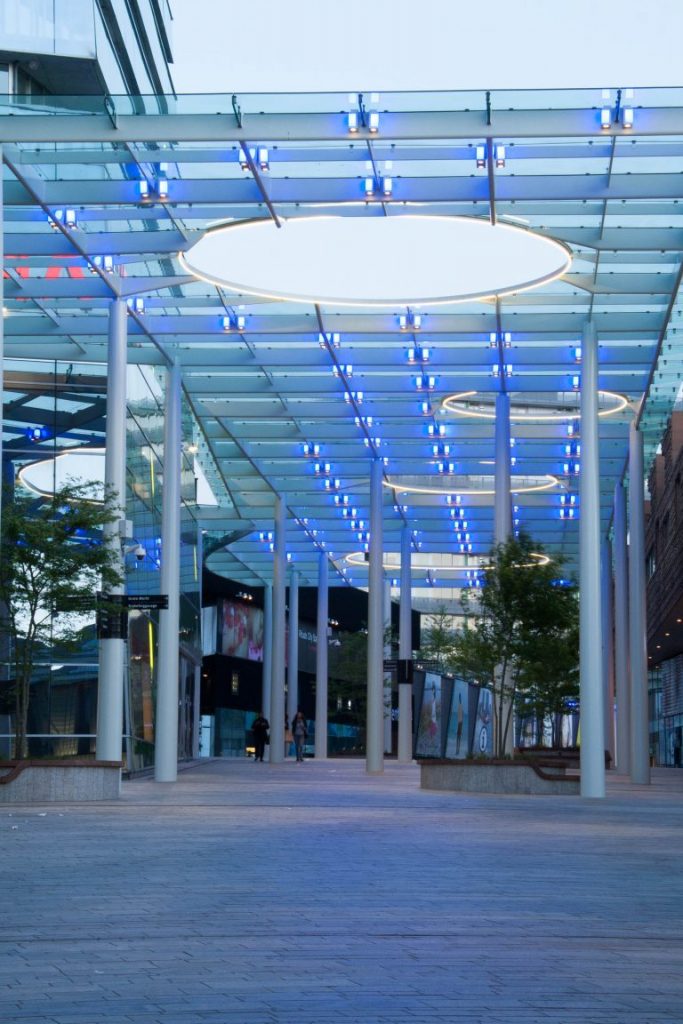 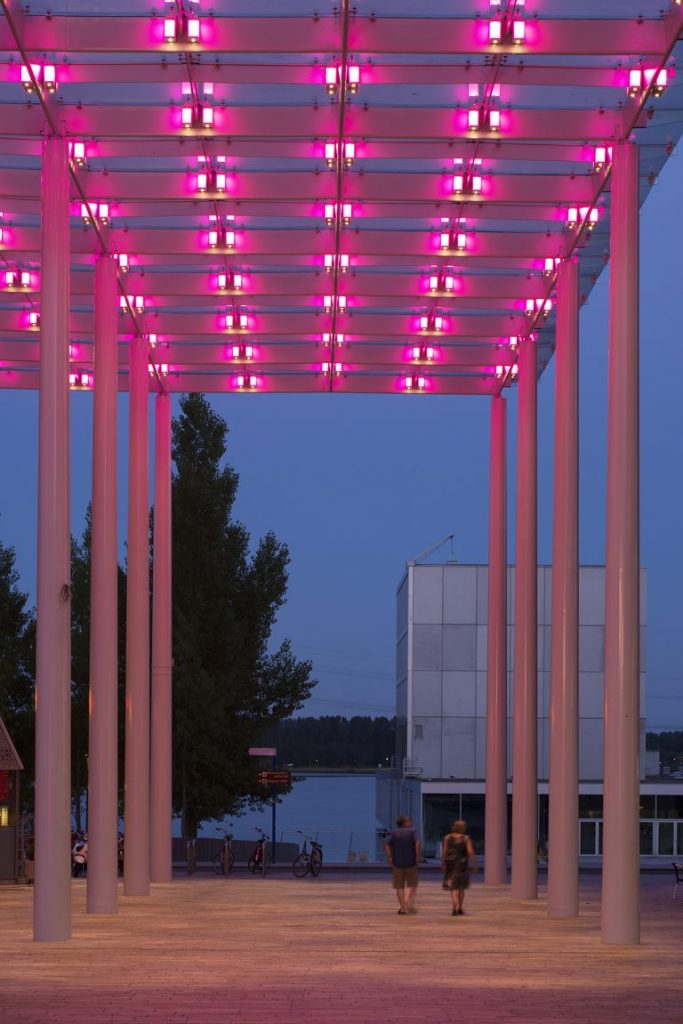 The resulting, carefully detailed canopies are an elegant solution, structures pared down to a minimal composition of tapered columns, gutter beams and frameless glass. They are unobtrusive, easily maintained and integrated into the cityscape, elegantly creating calm spaces. 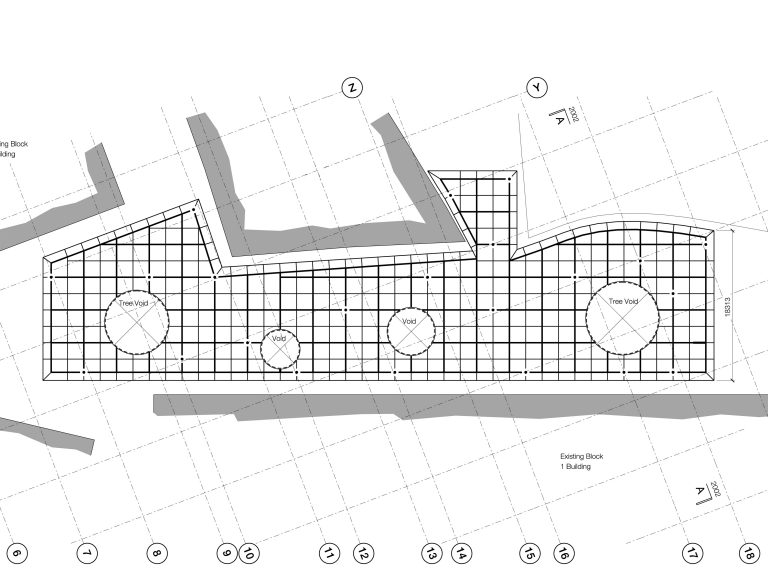