The Elizabethan Theatre of the Château d’Hardelot is France’s first permanent neo-Shakespearean theatre, its first naturally-ventilated complex arts building and the world’s first all-curved, exposed CLT building. It is also France’s first building to use tropical bamboo extensively as a cladding material. It is built adjacent to an 80-hectare wildlife reserve in the grounds of the Hardelot Castle, former home to Charles Dickens and now seat of the Entente Cordiale Cultural Centre. 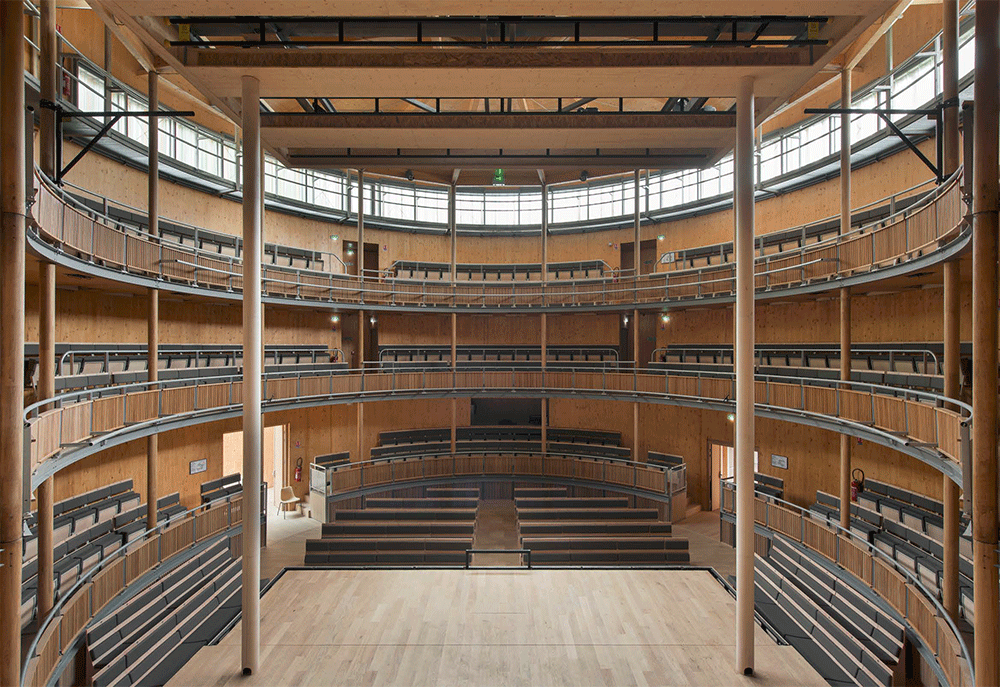 Commissioned by the District Council of the Pas de Calais, the building has up to 390 seats for a variety of formats, including opera (with a pit). Above ground the structure and finishes are almost entirely in wood, with vacuum-formed curved CLT panels making up the walls. Developed in collaboration with Merk and Metsawood, the panels are left exposed and untreated (except for a light matte varnish), conferring a timeless, warm and acoustically rich atmosphere to the auditorium and front of house spaces. Flooring is in Burgundy oak in parquet and end-grain tiles. 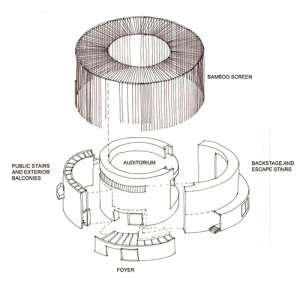 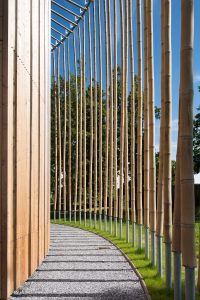 The wooden structure was erected in just seven weeks, and clad during the subsequent three months in slow-growth larch battens turned through 45 degrees, over a rainscreen and insulation complex on a softwood frame. Asymmetrical volumes chiselled to functional minima are crowned by a shimmering cylinder of 12-metre bamboo poles, designed to replicate the pure form of the Shakespearean precedents, and to make the building vibrate with its natural surroundings. 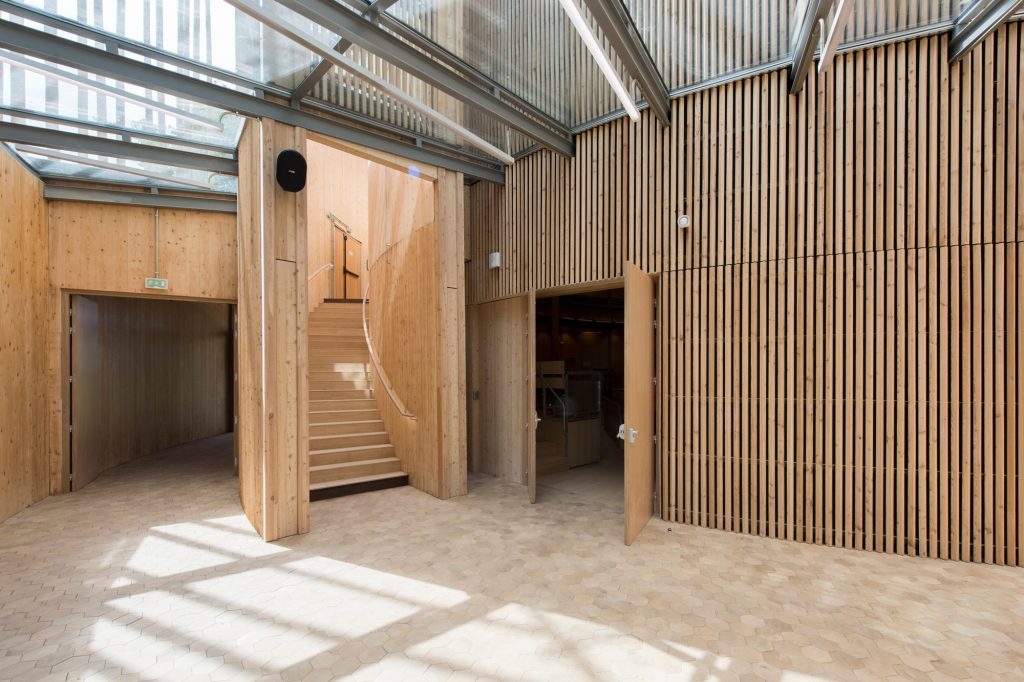 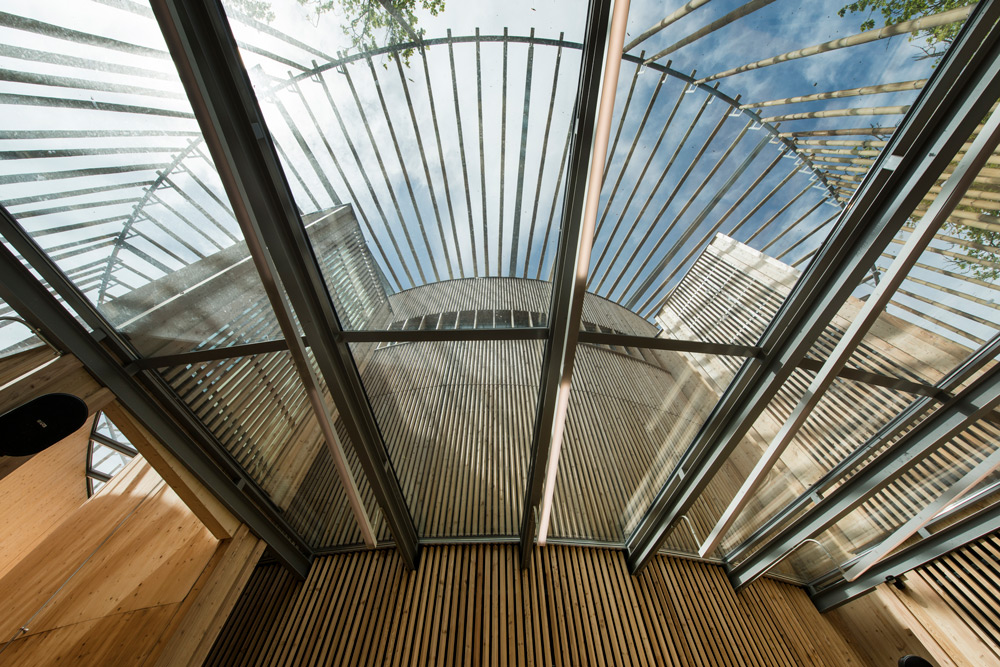 Galvanised steel is a principal structural material throughout the building, whether for rolled beams holding balcony fronts, radial geometry grating for technical galleries, posts for guard rails, or the building’s signature exterior volume of bamboo poles, which is held in place on a galanised steel ring supported by thin cantilevered arms. The raw finish of these elements complements the omnipresent, untreated structural and facing wood. 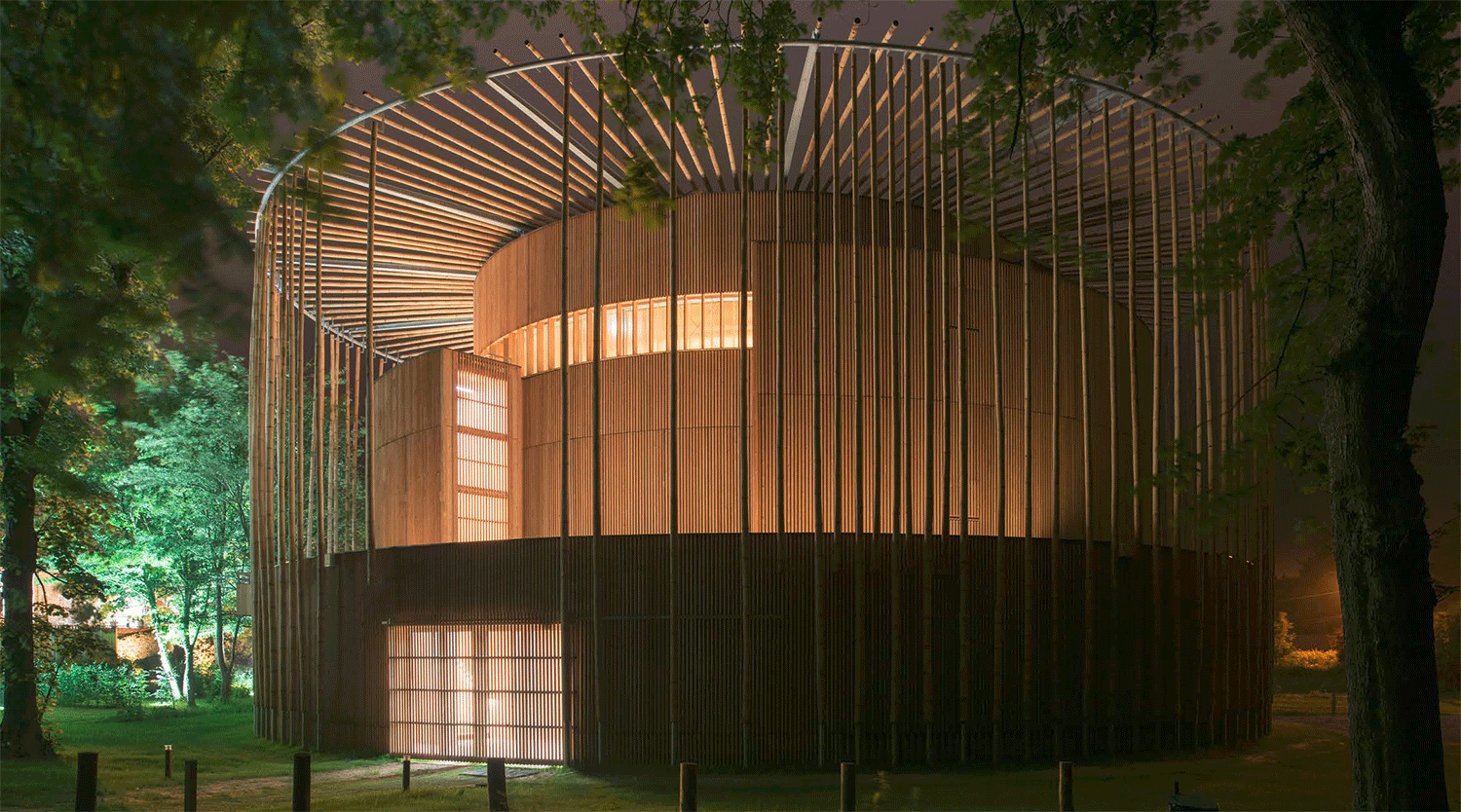