The work you see is as a result of working with five primary schools in the Springhill / Hockley area of Birmingham initiated by Birmingham City Council with Urban Living Funding.

The aim of the project was to inspire the children, educate them about their local history and heritage, building a greater community cohesion through working with a variety of schools, not just the one.

Ian Moran and Glass artist Kyla Leeke worked with Bensons, St Michael’s, Welford, Brookfield’s and St
Edmunds Primary Schools. They chose three children from each school making a new class to go on
local museum visits walks and activities, which were geared towards showing them their areas impressive history and heritage.  The kids received information about the design and making process and asked where they would like to see the art. 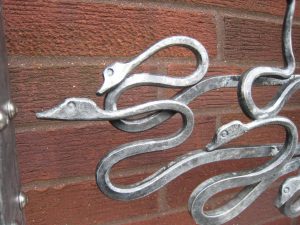 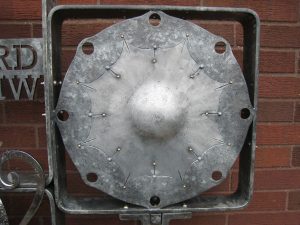 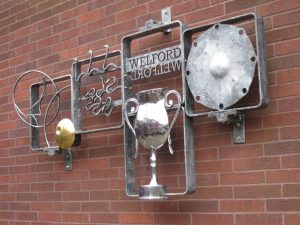 Although there are five separate sculptures at the moment they can be relocated together as 25 frames
in any number of interesting configurations, should a preferred site be found, for at the time all five schools were delighted with their new sculptural additions. 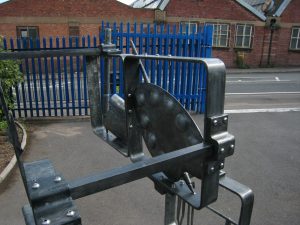 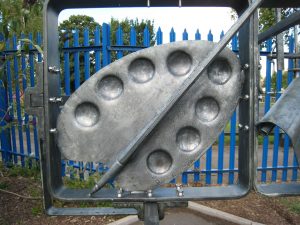 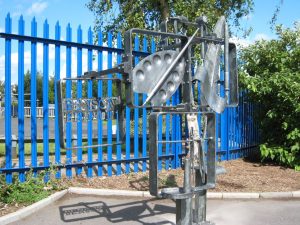 The frame solution came about for a number of reasons, the main two being some of the children had
done some drawings which had a hop-skotch appearance, with drawings from the project within i.e
visits to the jewellery museum, pen rooms, Soho House. The frames were also meant to be reminiscent of casting flasks, a detail which is expanded via the fixing method mirroring alignment pins. In terms of finish, the artist knew he wanted to use galvanizing as more than just a base, using its crystalline appearance to enhance the detail of the sculptures, using it throughout giving a uniformity. 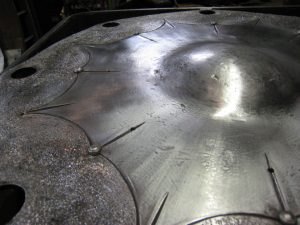 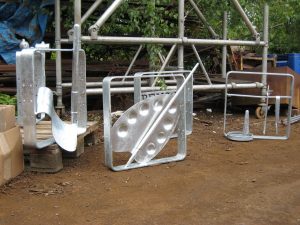 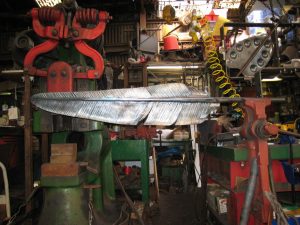 Then, selectively exploiting the galvanizing further by texturing, polishing, gilding and decorative welding of some elements, adding an extra dimension to the galvanizing. He also used accent colour through different material use as well as patination, not just for affect, but to relate to the myriad of associated metalworking trades prevalent in the area.