The Aviva Stadium is the first of a new generation of site‐responsive stadia. Its form, mass, materials and aspect are defined by the location and its surroundings. Replacing a facility that had held sporting and cultural events since 1872, the new stadium is located on an historic site in South Dublin, nestled into the surrounding residential suburb. The Aviva Stadium is designed by Populous, in joint venture with local architects Scott Tallon Walker. 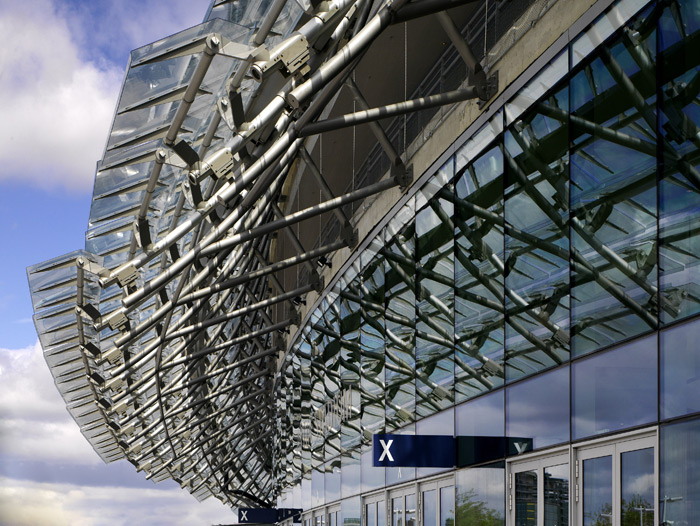 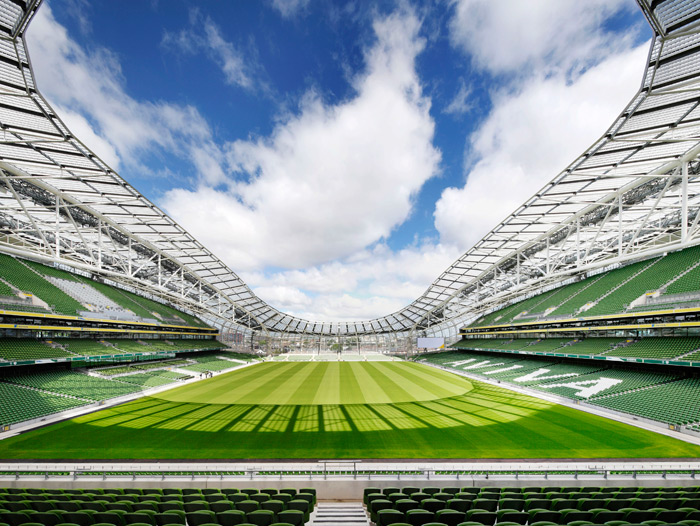 The fluid form of the Aviva Stadium is a response to the proximity of recent terraced housing, the transparent skin of the roof sloping down on the north side to allow the maximum amount of light through to the neighbouring gardens. The shimmering shingled roof surface rises up on the east and west to give cover to the large side stands. The undulating form of the Aviva Stadium is an ethereal addition to the skyline of Dublin. Reflecting the colour of the sky and changing from translucent to transparent from day to night, the venue’s facade presents an everchanging image to the city.

The stadium is designed to host International rugby, football and concert events, and provide improved facilities for event spectators, tenant clubs, new conference and dining events, and the local community. All 50,000 seats have optimal views to the pitch. Accessible seating is provided at all levels of the venue, reached from the multiple concourse and lounge facilities. The compact nature of the Aviva Stadium design offers grand double height entrance lounges, and high quality concourse and dining spaces, many of which have dual aspect with views out to the pitch and over the city of Dublin through the transparent louvered skin of the building. 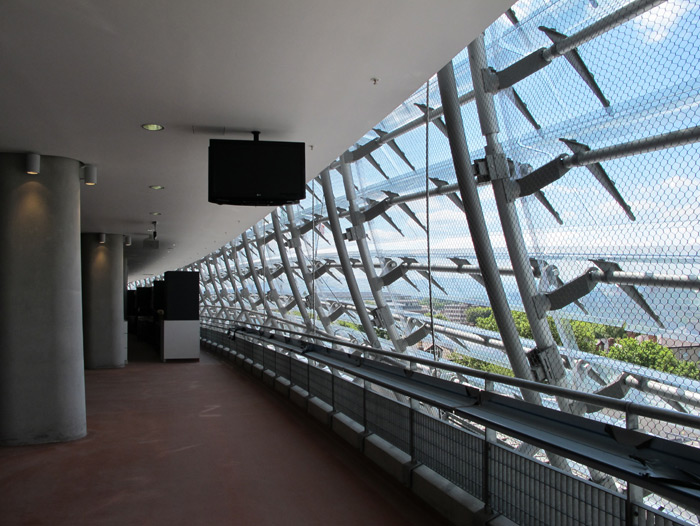 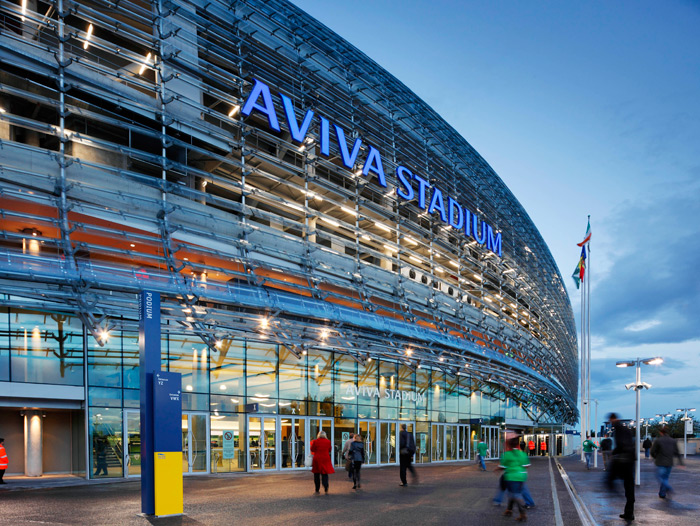 Throughout the Aviva stadium, galvanizing was used on a series of building elements to ensure their longevity and durability throughout their lifecycle and use. This includes the entire bowl side gantry, most bowl-side handrails and barriers, all stairwell and core handrails, the upper concourse edge of slab handrail and the complex secondary steel support framework to the cladding.

The secondary steelwork package, being one of the most demanding and complex elements of the building, is positioned around the entirety of the building supporting the polycarbonate and anodized aluminum cladding system. The quintessential part of this system is the canopy over the west podium. Here the galvanized support steelwork elegantly lifts the cladding system in a sinuous wave to reveal and accommodate the premium and general admission spectators’ entrance into the west stand of the building. The design of this structure was the result of a complex parametric modeling technique which was also used to define the position and rotation of every part of the entire cladding system. From this model a center linegeometry of all parts was produced allowing a three dimensional model to be issued to OMC Engineering for developing into a fully working fabrication model.

The inspirational design of the new stadium should ensure that it serves the community for even longer than its predecessor. Each individual element of the secondary steelwork system was hot dip galvanized and paint finished off-site. Then each part was lifted and connected together in position, onto this framework the cladding system was then erected and laid in position. Providing a cohesive and coherent system of parts across the entire building. The result of which is enjoyed from both the external and internal spaces around the building.