Lawley Village Academy is a new one form entry primary school with community facilities. It was designed for Telford and Wrekin Council and handed over to ‘REAch2 Academy Trust’ on completion. The school forms part of the Lawley Sustainable Urban Expansion Plan, providing new facilities for the adjacent residential development. It has been designed to allow for further expansion to a two form entry school at some point in the future. This would be achieved by the addition of a new teaching wing adjacent to the eastern boundary of the site. 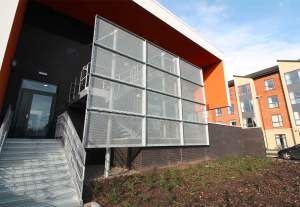 The school is set adjacent to ‘Lawley Square’, which form the central public space in the overall urban expansion. The square is flanked by shops, cafes and apartments. The school design reinforces the urban quality of Lawley Square, with the school hall acting as a focal point and the teaching wing hugging the street line.

The building can be viewed from all directions and the service yard is in a highly visible position adjacent to a pedestrian route connecting the school to ‘Lawley Square’. Because of its prominence in the public realm the service end of the building needed careful design consideration. The service end contained a school kitchen on the ground floor and a plant room at first floor. The staircase to the plant room is constructed in galvanized steel. The roof and walls of the hall are drawn over the staircase to provide shelter. This arrangement also acts as a framing device, within which is set a ‘floating’ screen, which is set in front of the disparate elements of doors, windows, louvres and external stairs that comprise the service facade. 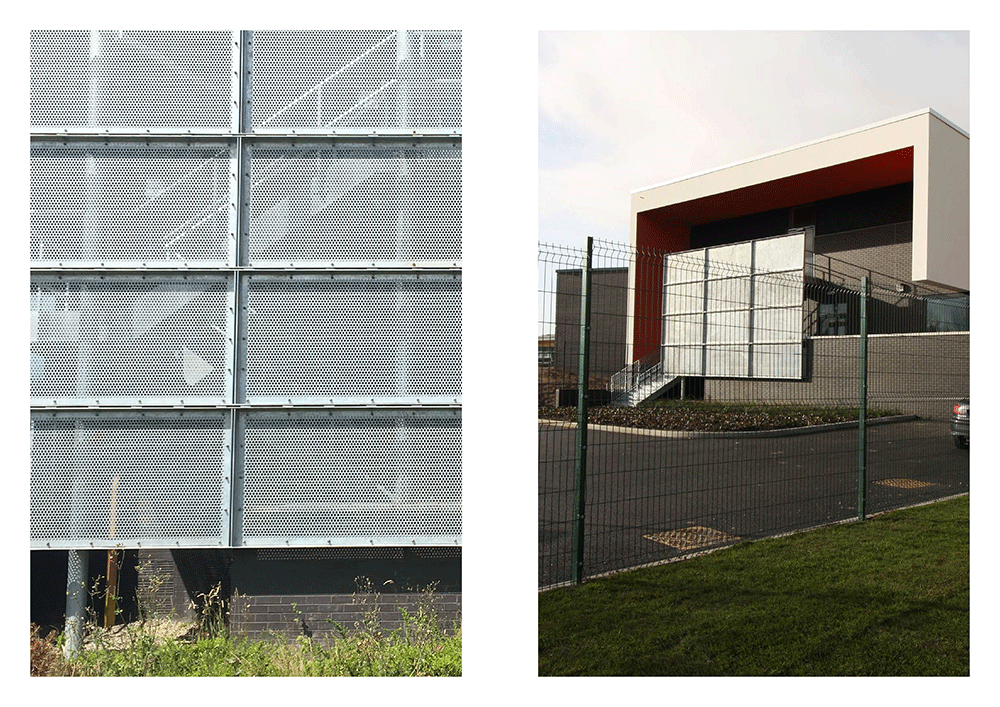 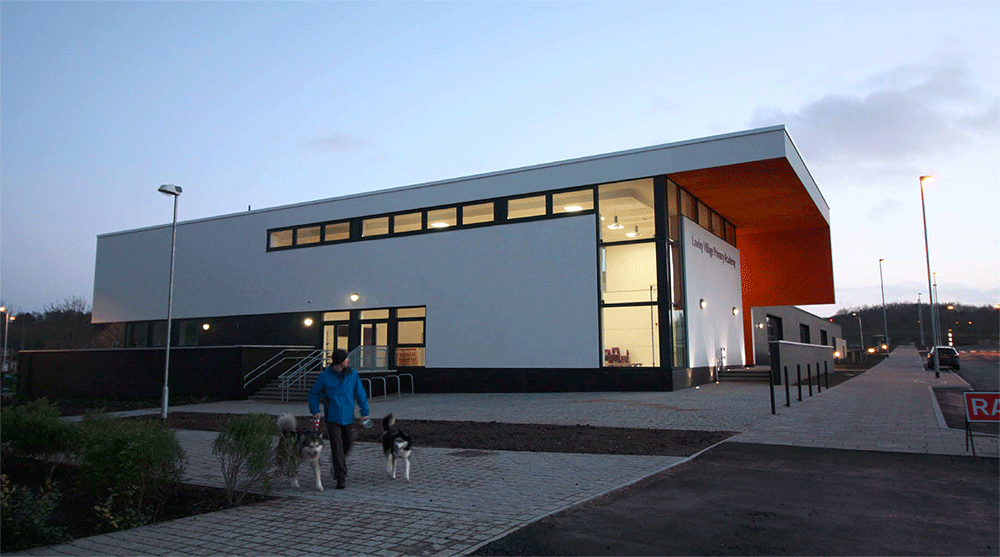