Blackpool rose to prominence as a major centre of tourism in England when a railway was built in the 1840s connecting it to the industrialised regions of northern England. Within 40 years, an 11 mile electric tramway was opened, running alongside the coast from Blackpool to Fleetwood. It was the last surviving first-generation tramway in the United Kingdom until 2012. 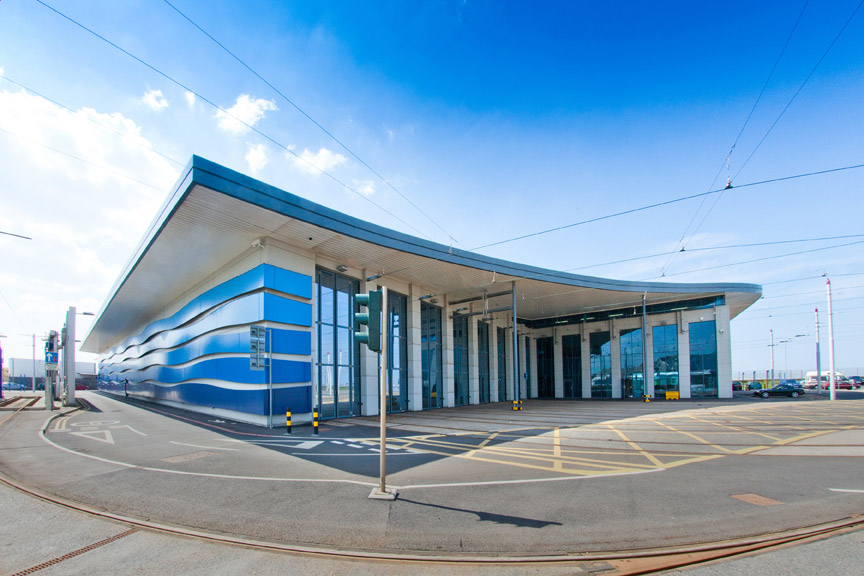 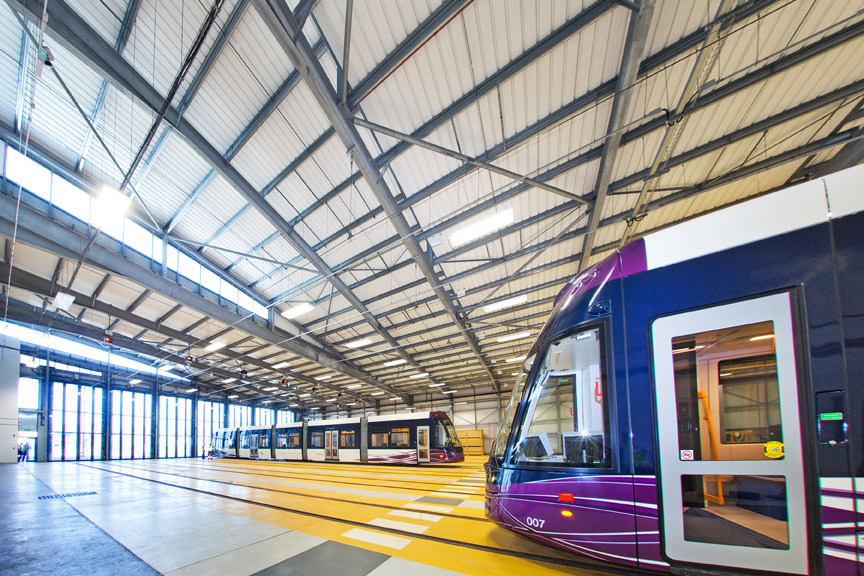 When the operators, Blackpool Transport Services decided to upgrade the tramway, a new depot was required to house a fleet of up to 20 new Flexity 2 ‘Supertrams’. These state-of-the-art trams include many improvements, such as 100% step-free access from platform to tram, dedicated wheelchair spaces, higher seating and standing capacity, faster acceleration and quieter running. The traditional trams, however, still provide a ‘heritage service‘ on weekends, bank holidays and during the summer. Starr Gate provides a new maintenance and stabling depot for up to 20 of the new fleet as well as a residual fleet of heritage trams. The depot houses fixed tram lifting equipment comprising monorail hoist, travelling crane, wheel, lathe and access platforms along with a tram wash and automated sand system. Externally, the building features striking waveform cladding illuminated by LED lighting. Sustainable features include surface water drainage attenuation and natural lighting. 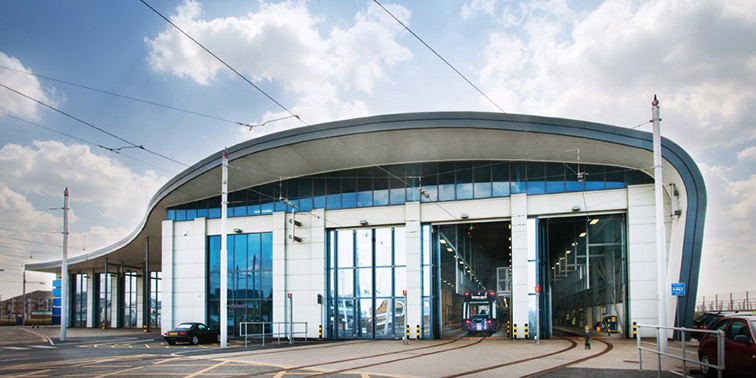 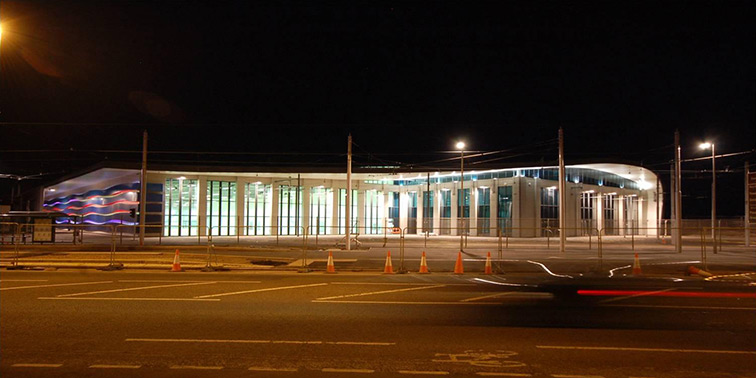 The building, whose framework contains 400 tonnes of galvanized steel, spans 66 metres by 12 metres. The ingenious roof design reflects the proximity of the sea; alternating rafters gently curve in opposite directions to mimic the waves of the ocean. Caunton Engineering wanted to ensure that the best environmental practice was incorporated in planning, design, construction and operation. They defined a robust, cost-effective performance standard required by regulations and raised awareness amongst architects, designers and operators of how the process of galvanizing provides the benefits of durability and an appealing aesthetic. The proximity to the Irish Sea makes intense demands on the corrosion protection of the steelwork. By utilising galvanizing however, all of the onerous criteria for the project were met.