This affordable housing scheme in West London’s Shepherd’s Bush has been described as a “set of fingers”. The 78 units split between the eight ‘fingers’ include maisonettes, flats and family houses and almost all have some form of access to outdoor space. 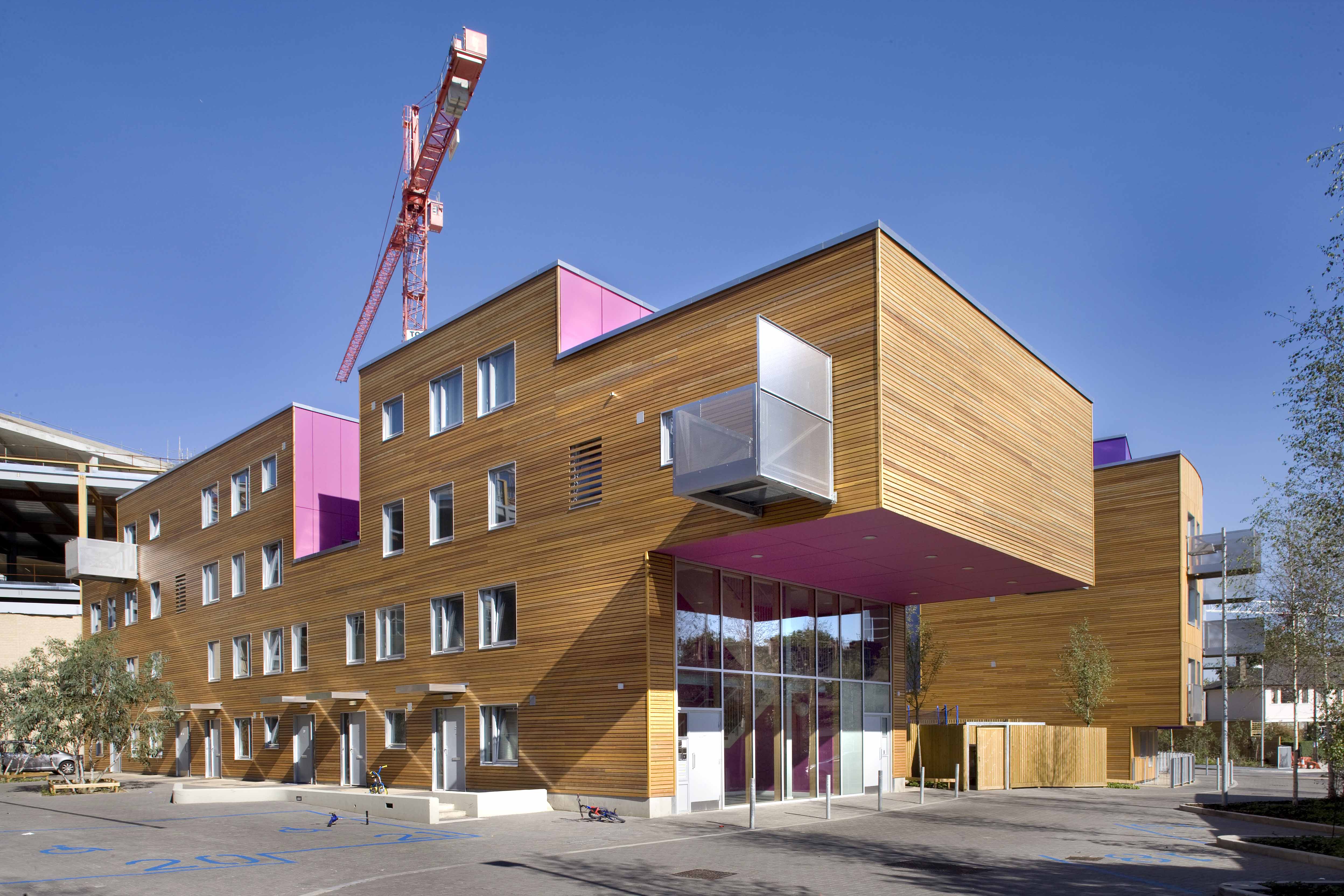 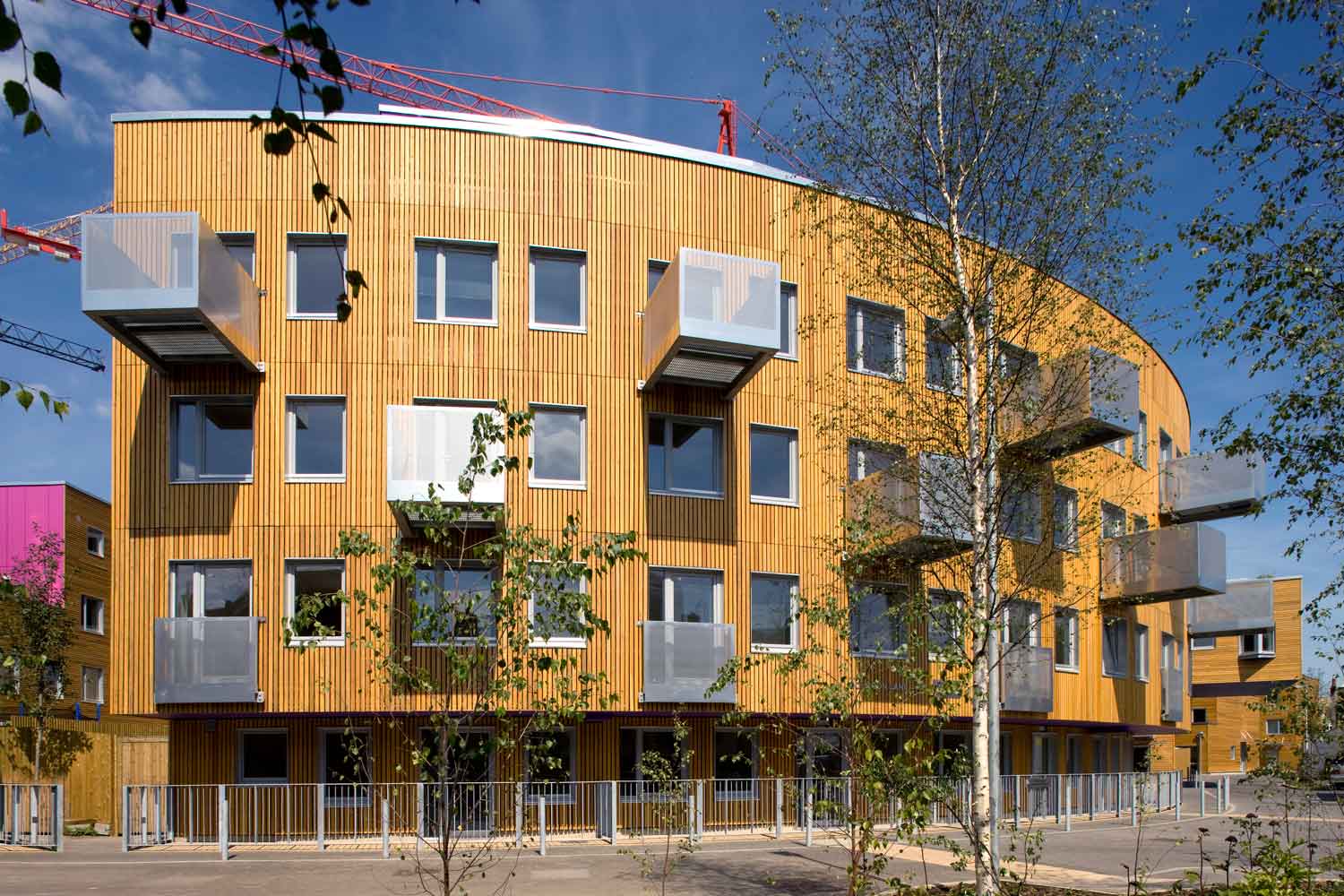 The designers, by creating large roof terraces both between units and on top of the large cantilevered extrusions at the front of each building, were able to accommodate generous exterior areas throughout. 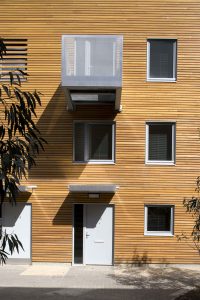