Aerospace Bristol is an aviation museum opened to the public in mid-October 2017. The museum offer is twofold; comprising a grade II listed hangar housing the Bristol Aero collection; containing 8,000 artefacts and Bristol-built aircraft. Secondly, there is the Concorde building, a new metal mass housing the star of the show; Concorde Alpha Foxtrot, the last to be built and to fly. The museum offer aims to tell the story of the shared creativity at Filton through the ages.

Aerospace Bristol, in the first instance tells of collective human endeavour, creativity and the genius of a multifaceted metropolis. Secondly, the museum weaves a once active airfield back into Bristol; a city of manufacture and stories, creating a base for learning to inspire the next generation of engineers whilst, spurring a curiosity for aviation in those of all ages. Bristol has been named as the museum destination of the year 2018 with Aerospace Bristol at the top of the list; adding to a culture rich programme already present in this city steeped in history. 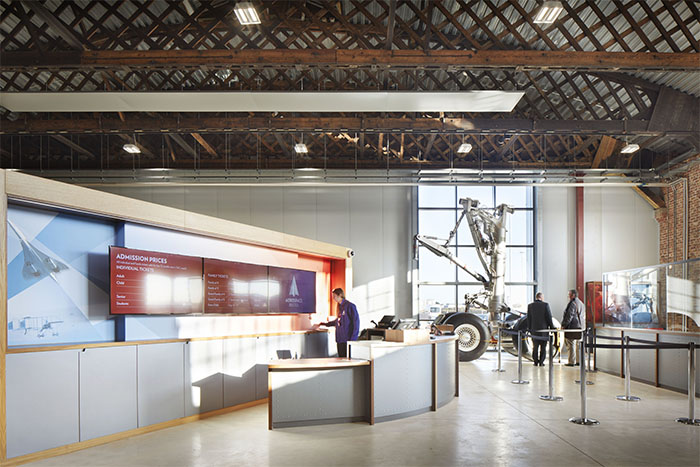 Aerospace Bristol was a project born from several priorities, including the need to balance operator requirements with those of visitors, to identify and harness funding and revenue whilst generating opportunities, and to provide an integrated approach to interpretative and architectural design.

Accessibility and interpretation were key to the creation of a new cultural destination with no established mode of operation or audience. As such while appealing to the interests of an extremely strong local community and international following, it was also essential to establish a robust business plan that could capitalise on appropriate, complementary commercial opportunities.

The museum takes a visitor on an immersive journey from the beginnings of the British and Colonial Aeroplane Company in 1910 all the way through to the modern day, where the next generation of engineers continue to push aerospace technology to new heights and reach for the stars. 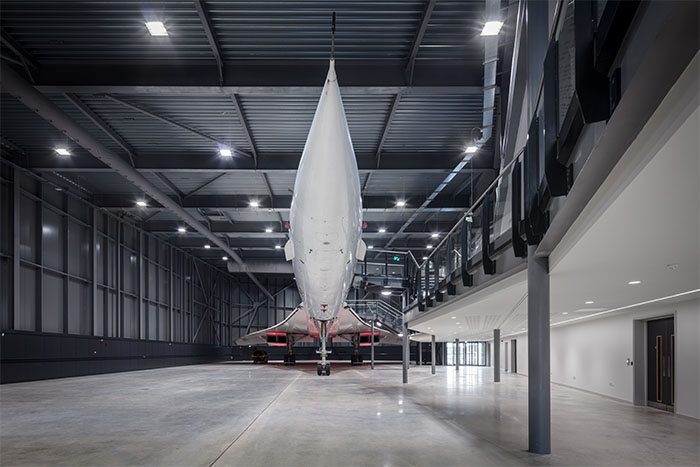 The architectural project combines a new hangar for Concorde Alpha Foxtrot, alongside a grade II listed WW1 aircraft hangar home to much of the other Bristol Aero Collection including aeroplanes, helicopters, missiles and more.

The conversion of Hangar 16S maintained the prominence of the structure’s brick piers and timber Belfast trusses, which continue to command the building’s three 24m-wide internal bays. In museum mode, all three spans are visible and accessible.

The southern-most bay contains key arrival and departure spaces providing orientation between ticketing and retail. This alongside two complete bays of 20th Century exhibits, a making/education studio and the all-important mess hall; from here visitors can gain access across the tarmac to the Concorde’s new matt black hangar. 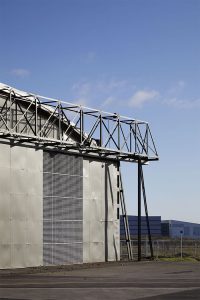 The form and articulation of the new Concorde building was influenced by an approach to efficiency, seeking to minimise the built volume accentuating the profile of the plane while not competing with its iconic form and an interpretation that set out to offer the best access and vantage points for visitors.

The project has successfully met its objectives with visitor numbers in the months since opening in mid-October 2017 already exceeding the clients projected numbers for the period.

In addition, the client group gained a new home for these treasured aircraft and the city, a new museum; which tells the story of bold pioneers taking to the skies in their magnificent flying machines along with that of inspiration in those who dreamed a seemingly-impossible dream of supersonic travel.

The scheme is the first of its type in the area, being so close to Cribbs Causeway and Engineering firms such as Airbus and Rolls Royce, Filton is considered the manufacture base for the city. Bristol is quickly expanding however, and the gaps within its fabric are starting to fill up. This has sparked discussions regarding an alternative Filton site for the Bristol arena in a bid to bring further tourism to the area, utilising the Brabazon hangar just across the runway from the museum.

“Aerospace Bristol offers something for everyone: Concorde, as always, has the power to amaze and looks just stunning in her new home; we have created a first-class exhibition to tell the story of Bristol’s aerospace achievements from 1910 to the modern day.”

The innovative design of the Concorde hangar allows a free open space under and around the aircraft creating a new city venue with a maximum capacity of 1200 people. The hangar hosted an extensive array of events such as weddings and sporting parties even prior to its public opening, followed by the inaugural dinner, attended by the museums patron HRH Princess Royal. The social events are great for publicity while allowing the client to generate necessary revenue for sustainable museum upkeep and future projects. 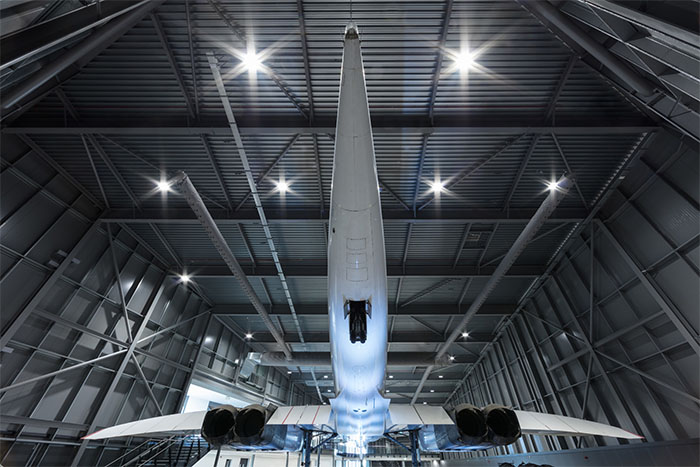 The new building sits proudly on a mini-airfield. The patina of the airfield past has not been wiped clear but instead celebrated; with a new tarmacked and painted link between the historic hangar and the new.

The site is surrounded by a myriad of housing development and an abandoned stark airfield, due to be redeveloped and with an ever changing plan. The Concorde hangar is an insular building allowing the site to exist in isolation until the neighbouring airfield is developed and then can reconnect into the museum site. 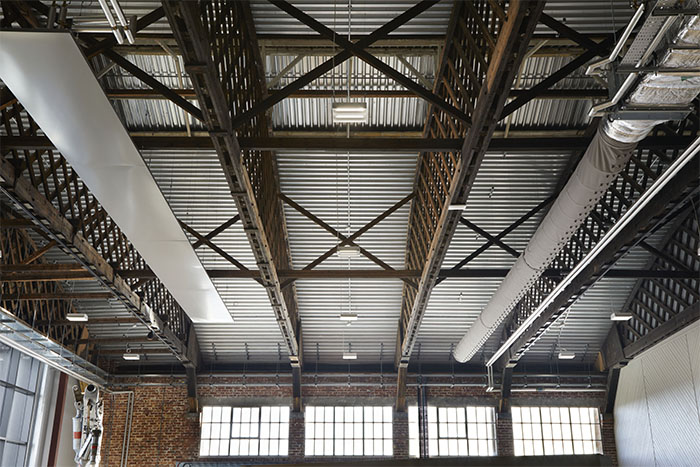 The Bristol community have all been extremely engaged during the project’s construction. The local connection and sense of ownership for Concorde Alpha Foxtrot is strong; ever since breaking ground the city-wide excitement welled. With journalists eager to catch a glimpse of the Concorde move; the news of her new home spread most of the way around the world. Visitors from a variety of countries have been referencing the museum across all social media platforms with reviews speaking positively about how much it has to offer.

The 19million museum received a sizeable HLF grant of £4.7million along with large donations from commercial partners including Airbus, Rolls Royce, South Gloucestershire, Bristol city council and others. The HLF are very proud of their involvement with the project displayed on their homepage.

“From First World War fighter planes to the ground-breaking Concorde, British aviation was born and bred at Filton Airfield and thanks to National Lottery players, Aerospace Bristol is an incredible gateway to that heritage. We’ve been delighted to support this project and all the wonderful team and volunteers who have made it possible – we look forward to Aerospace Bristol’s continuing success.”