The design for the new Civic Offices for Cork City is the product of a ‘Design and Build’ competition set by Cork City Council. The building provides 9,200m² of office space, together with 140 car park spaces, on what was formerly a surface car park at the rear of the existing 1930s City Hall. The offices are situated on the edge of Cork city centre and are bounded by a fire station and multi-storey car park to the south, the City Hall to the north, and two busy roads to east and west. 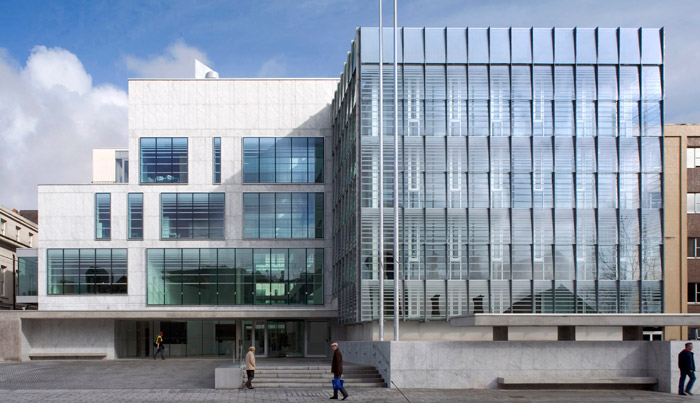 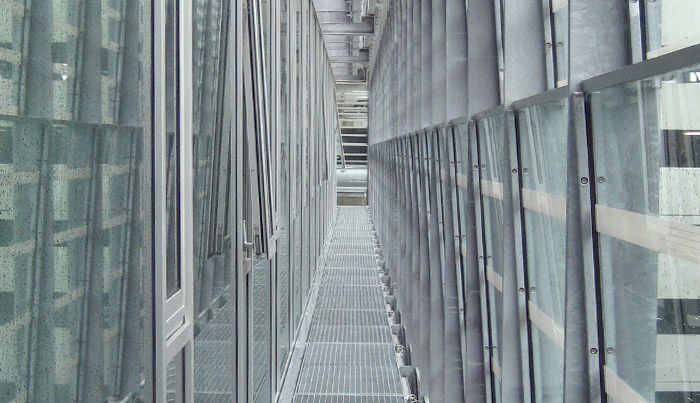 The three facades of the existing City Hall provide independent access to an interesting variety of civic functions: a concert hall is accessed through the north façade of the existing building facing the River Lee, a Lecture Hall is accessed from the east, and the Council Chamber is entered from the west. Strategically, the new building creates a new fourth facade to the visiting public and an administrative entrance for the council to the south. The project is structured around two dramatic spaces: a top-lit Civic Hall and a narrow Stair Hall, formed between the existing classical façade of the City Hall and the new building.

The building form is composite, consisting of masonry and glass-and-steel volumes. The solid, ‘masonry’ block is conceived of as a carved volume, eroded in response to the adjacent City Hall and city edge condition. It ‘clasps’ the projecting backstage of the City Hall, forming a link with the existing structure. It also fulfils the function of a ‘service block’, containing the principle services for both the existing City Hall and the glass volume: lifts, plant, canteen, staff resource centre, Comms room. 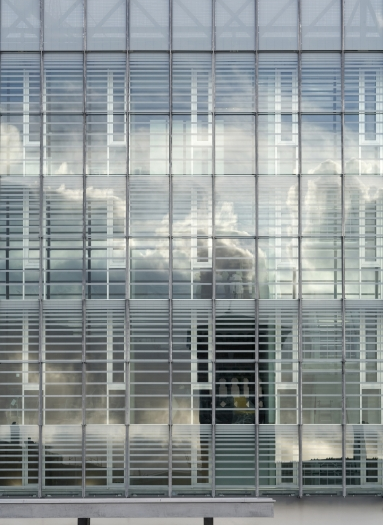 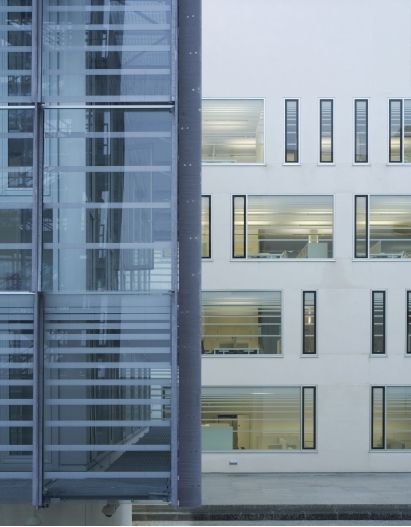 The crystalline volume of glass and steel is designed for maximum flexibility and contains office building space. It is linked to the service block by bridges for circulation, great ‘chimneys’ for ventilation, and deep fins to control light.

The precise setting-out of the hanging steel plates that support the outer leaves of glazing was critical to the successful installation of the double façade. 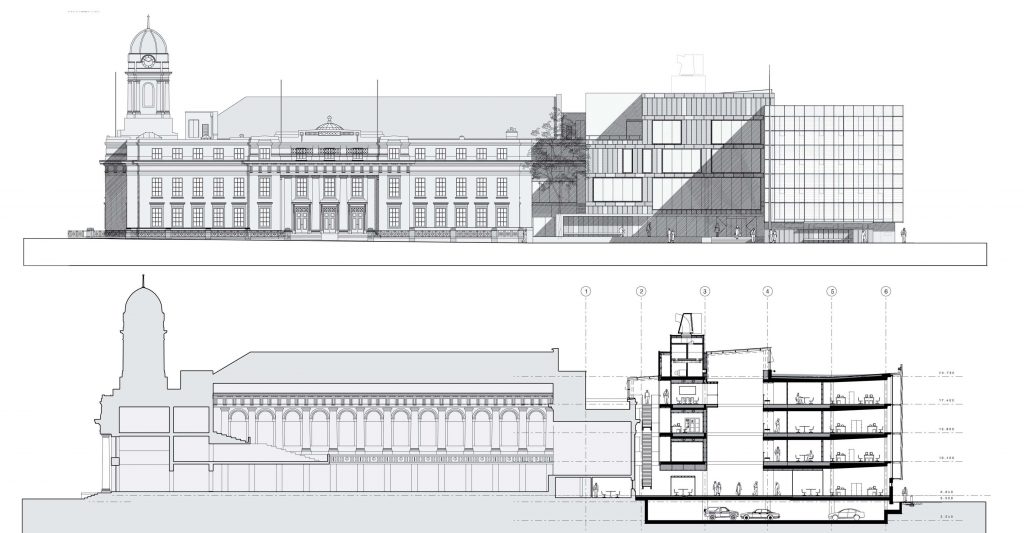 100 x 20 galvanized steel plates at 1200 centres are suspended from a single fixing point consisting of a single bolt fixed through an un-slotted hole. The location of this suspension point involved the designing of a series of areas of adjustment to accommodate building tolerances. 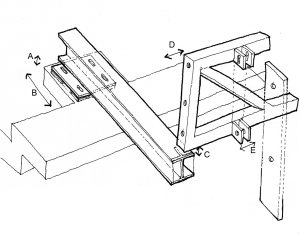 On recent visits to the building* a visual inspection and some coating thickness measurements were taken. The galvanized steel was shown to be in very good order and will provide protection for at least another 60 years. 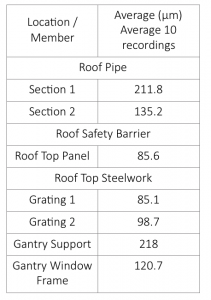