Exposure, also affectionately known as ‘The Crouching Man’ is permanently positioned 100m from the end of a polder just off the coast of Lelystad in The Netherlands. Had-Fab were first approached by Antony Gormley in 2005.

It was their traditional business of manufacturing transmission towers for the UK Electricity network that tied in with Gormley’s latest idea to move away from his earlier work of solid construction to an open structure similar to Pylons. 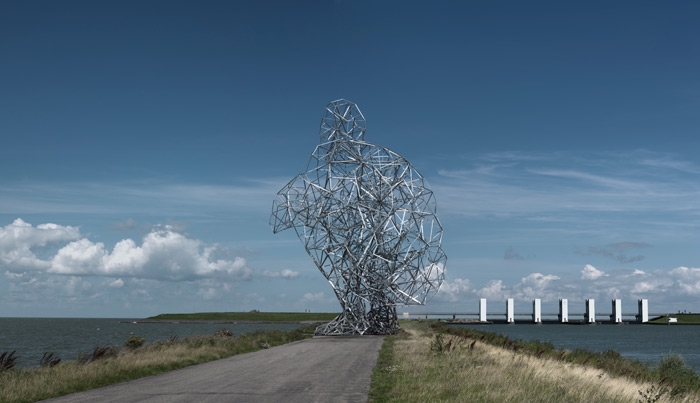 Exposure invites you to investigate, to walk to it. As you approach, the nature of the object changes. You can see it as a human form in the distance. Close up it becomes a chaotic frame through which you can look at the sky. At this point you realise its true complexity.

At 26 metres tall, Exposure weighs 60 tonnes, contains 5,400 bolts and consists of 2,000 components all of which are galvanized. If the crouching man was ever able to stand up, it would be 100m tall and an adult standing next to it would barely be able to peek over its feet. 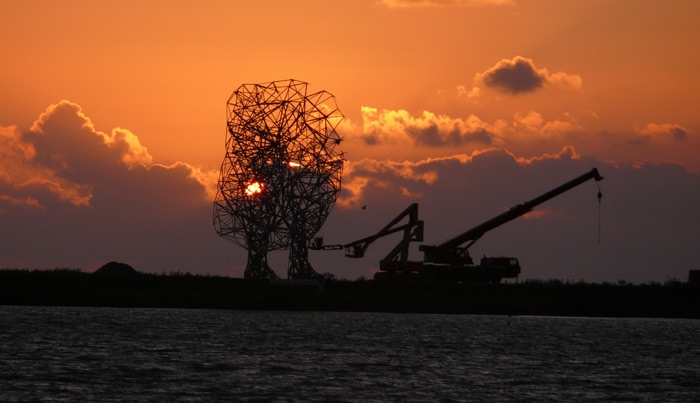 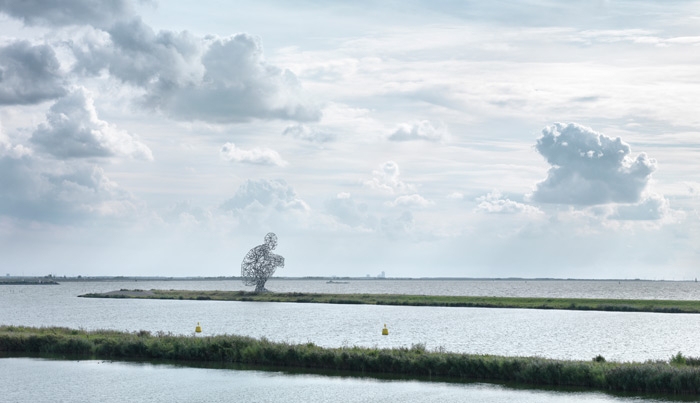 The project was a challenge at every stage of its development and this form of construction would not have been possible just 10 years ago before the development of the complex design and detailing software that was used.

Due to the exposed position of the site of the structure, galvanizing not only provides the required corrosion protection but also adds to the overall aesthetic.