In November 2005 Charles Barclay Architects, a small practice based in Brixton, South London, won an international competition to build an astronomical observatory at Kielder Water and Forest Park, Northumberland. The competition was organised by the Kielder Partnership with the help of the RIBA and received over 230 entries from around the world. The Kielder Partnership has been responsible for the commissioning of a number of interesting small buildings and art installations around Kielder Water through their Art and Architecture at Kielder programme. The observatory is the latest of these commissions.

Kielder is located in the wild landscape of Northumberland close to the border with Scotland. It has the largest managed forest in England run by the Forestry Commission, together with the vast Kielder Water reservoir, completed in 1980. The area is perfect for siting an observatory as it has the lowest level of light pollution in England. 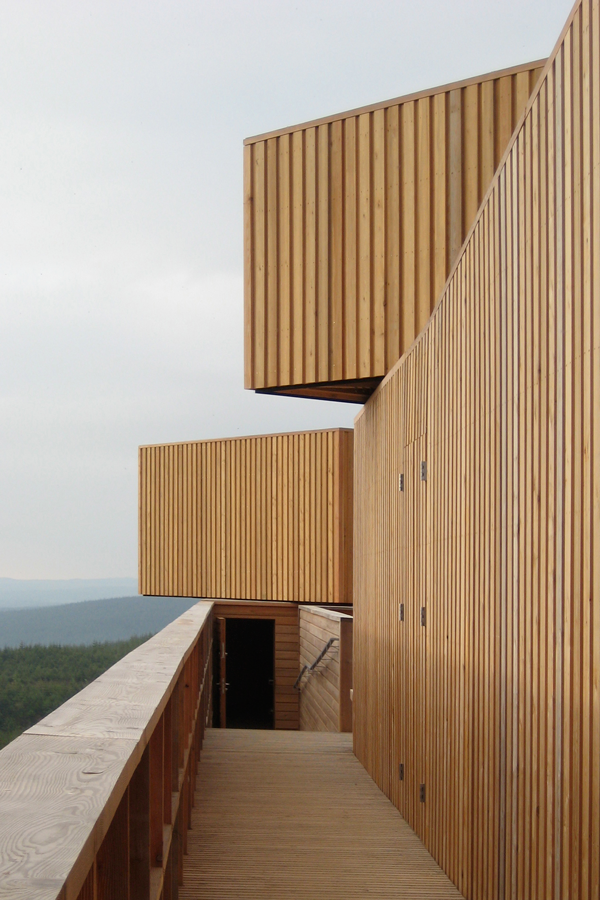 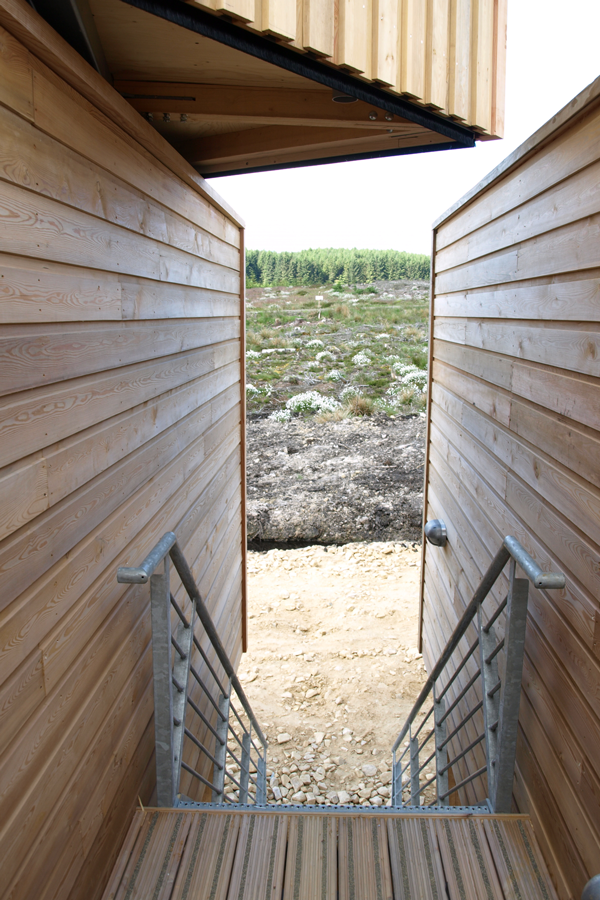 The design brief called for an inexpensive building suitable to house two telescopes and a warm room, primarily intended for amateurs and outreach work but also suitable for scientific research.

The design had to achieve a positive relation to the exposed setting on top of Black Fell overlooking Kielder Water and had to include both the facilities needed in this remote site and a ‘social space’ for interaction and presentations, while being accessible both literally and culturally. 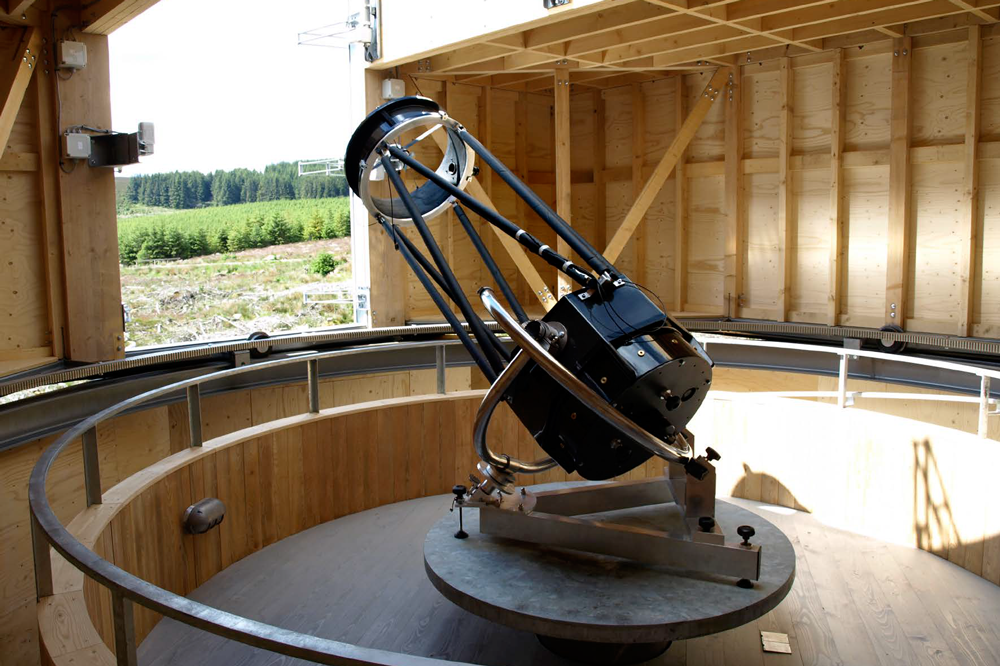 The architects looked at a number of alternative solutions for a suitable building form. Since both telescope housings needed an uninterrupted view of the southern sky (the most important view for astronomers) and realised that with an elongated form the slope of the land could be used to set one housing lower than the other; an open decked area between the housings would allow amateurs to set up their own telescopes during star-gazing events.

This ‘land pier’ enables people to walk on at one end and have an elevated vantage point at the far end, good for viewing the sky at night and the landscape during the day. The final design solution touches the ground lightly, and with a specified life-span of twenty five years, can be removed again without difficulty in the future. It is orientated towards the observatory’s sister project, James Turrell’s Kielder Skyspace, located on an outcrop 1km away. 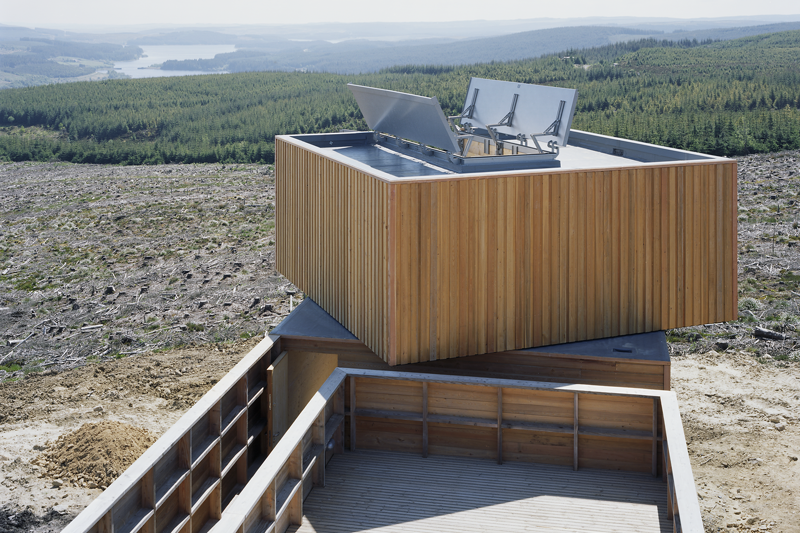 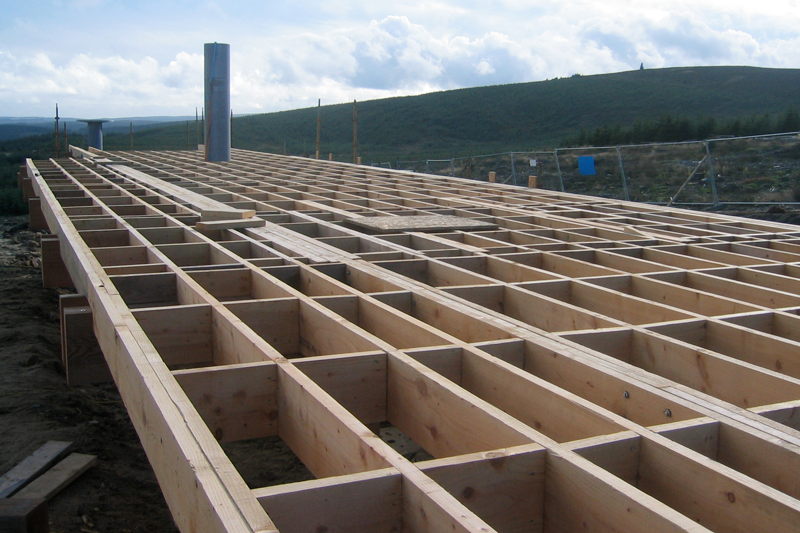 It was important that the experience of being on the observatory to feel like being on a vessel at sea in this rough, open landscape, with an amazing array of stars overhead. The pier strategy also allows for the safe containment of large parties on dark nights when roaming individuals could get lost or injured in the rough terrain.

Timber was chosen as the material for the observatory early in the design process. Besides being a low-carbon material and the obvious relation to its forest setting. A beautifully hand-crafted timber building with ‘Victorian’ engineering would be more inspiring in this setting than seamless, glossy domes. The observatory accommodation was arranged sequentially as a series of event spaces, creating a ‘promenade architecturale’ and the possibility of having a number of separate groups on the observatory at the same time. 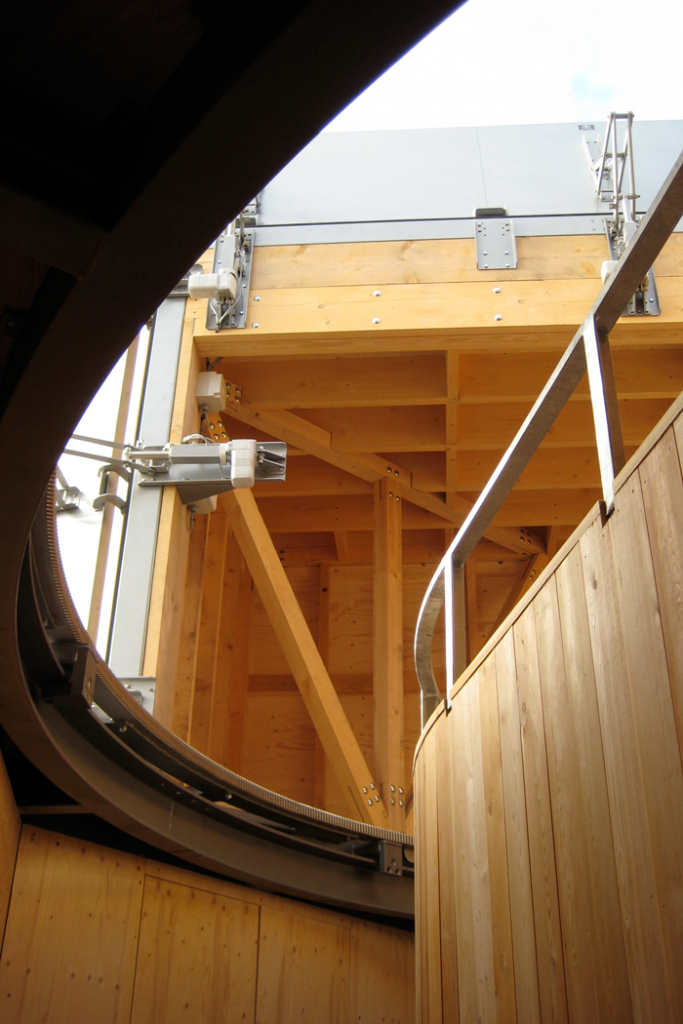 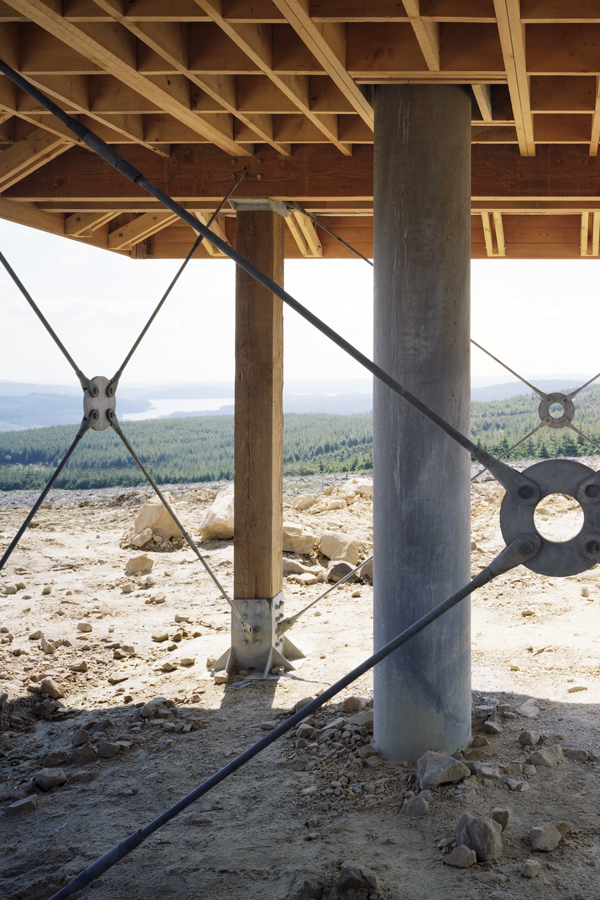 The traditional domed form of the telescope enclosures was rejected in order to take advantage of the self-transforming possibilities of rotating architecture. The turrets sit square to the building when not in use; when closed the building is not obviously an observatory, but resembles an austere modernist pavilion or belvedere. However, when in use the observatory becomes expressive, with the turrets rotated and shutters open, alive with strange geometries and altered orientations.

The very high wind loads combined with cantilevered elements called for higher strength timbers than the fast-growing Sitka Spruce that is grown at Kielder. Siberian larch was used for the secondary structure and cladding, American Douglas Fir for the timber columns and cantilever beams and European redwood for other framing elements, all fire-treated by Arch Timber Preservation. Steel and galvanizing also play an important role.

The rotating turrets are built off steel octagons with eight wheels that bear on a circular track, itself supported on stationary galvanized steel octagon built on the timber framing below.

The turning mechanism is a rack and pinion, hand operated by a large stainless steel wheel and handle, with a gear box to allow sufficient turning moment to move the six-tonne turrets. The telescopes have concrete-filled tubular galvanized steel columns as their mounts, entirely separate from the timber structure to ensure they are vibration-free.

These galvanized steel elements, together with the escape stair and handrails, were all fabricated and installed by John Aynsley metalwork of Newcastle.