The Llanelli sea front site was inspected on Friday 31st October 2014 to inspect the condition of the Hot Dip Galvanized Cast Iron Posts. They were galvanized in 2000 and installed as part of the Millennium Coastal Path. 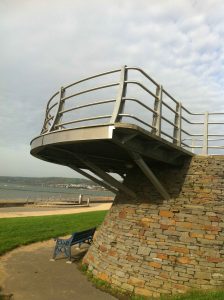 The general appearance of the galvanizing was extremely good with absolutely no signs of distress from the coating on any of the posts and the surface colour remains a rich dulled grey patina, which was seen in 2000, similar to that when the steel was first processed. This is indeed impressive when considering the position of some of the lower posts at the step access to the beach and their proximity to the continual sand and salt water spray. 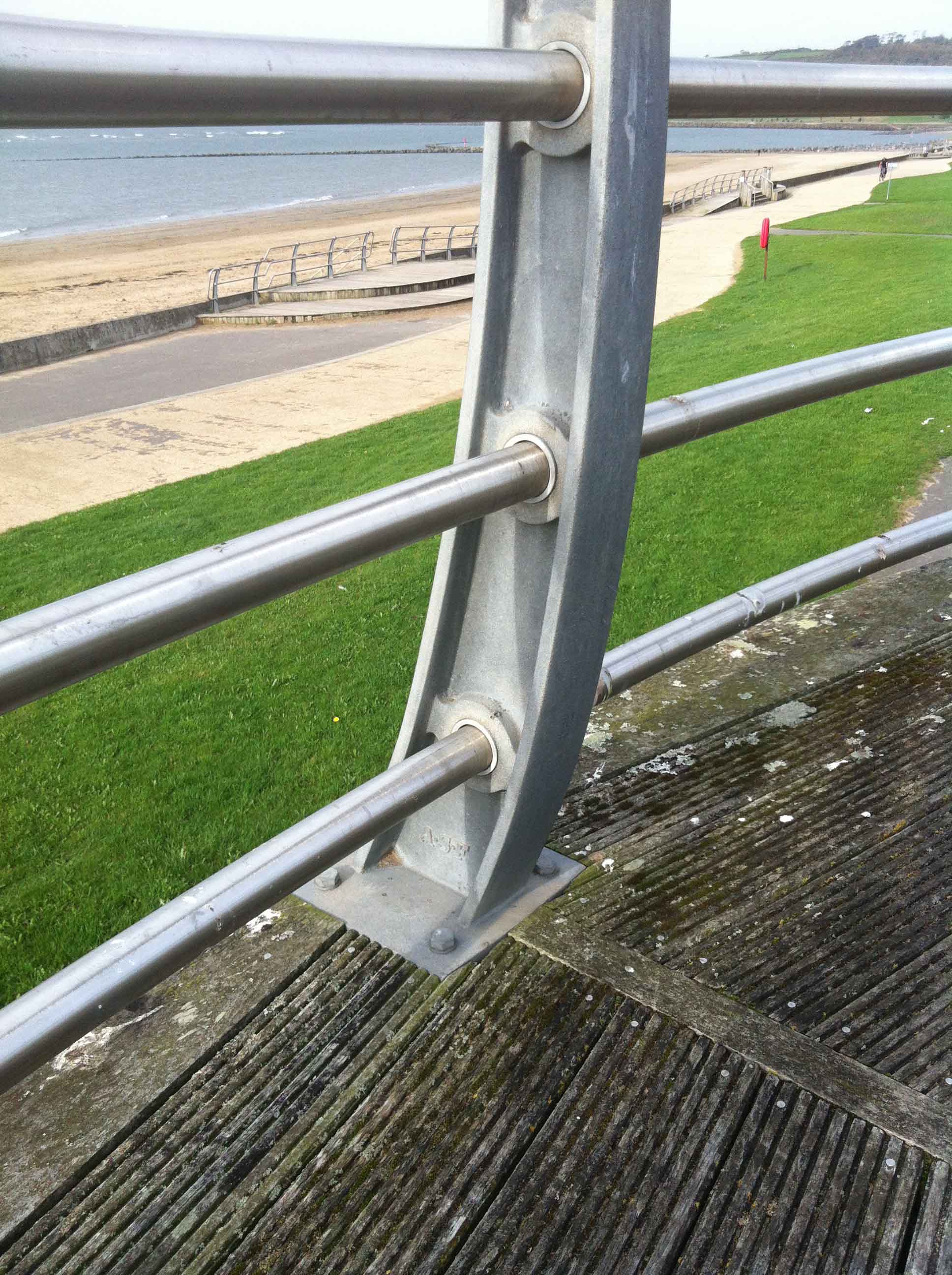 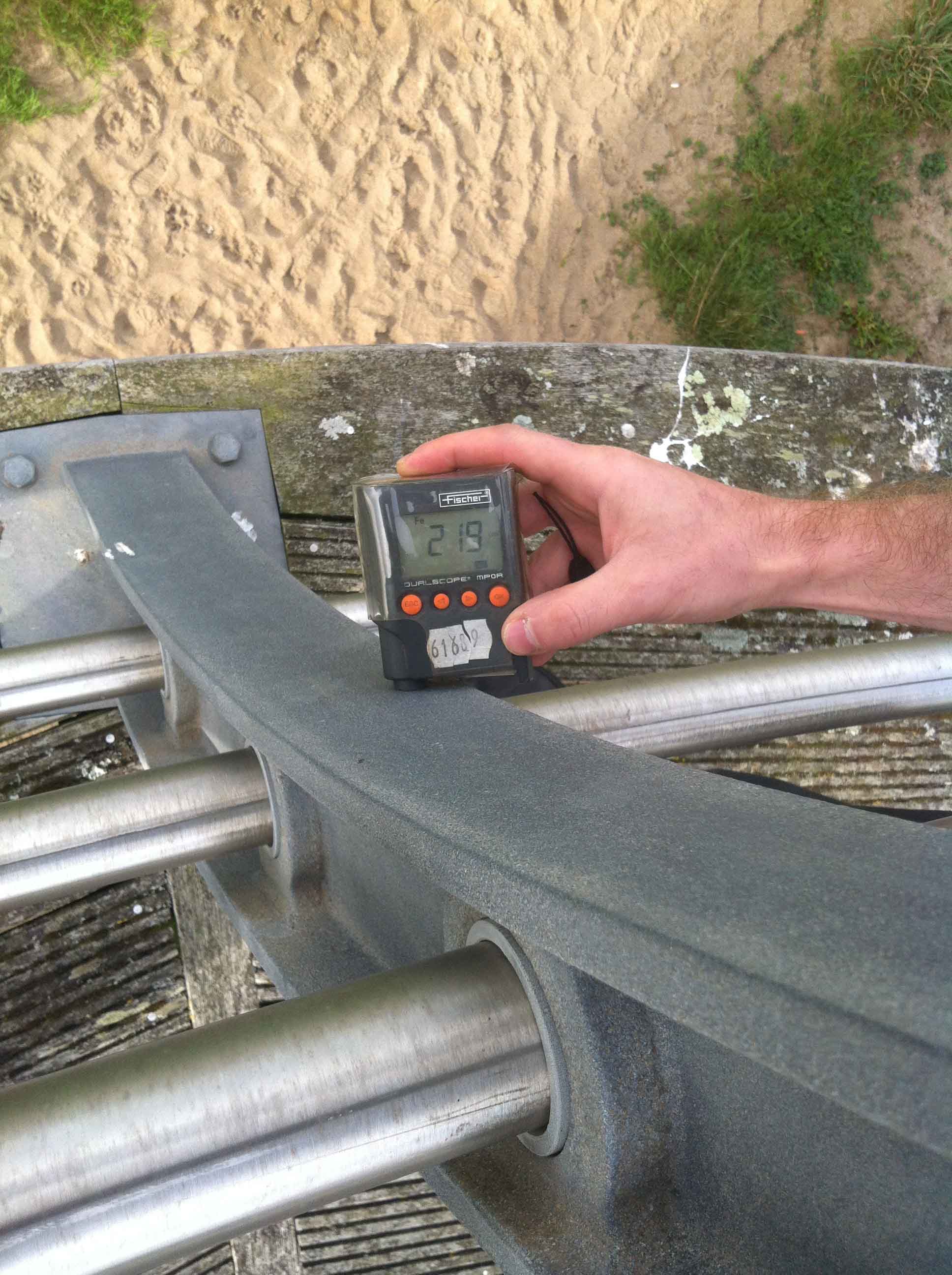 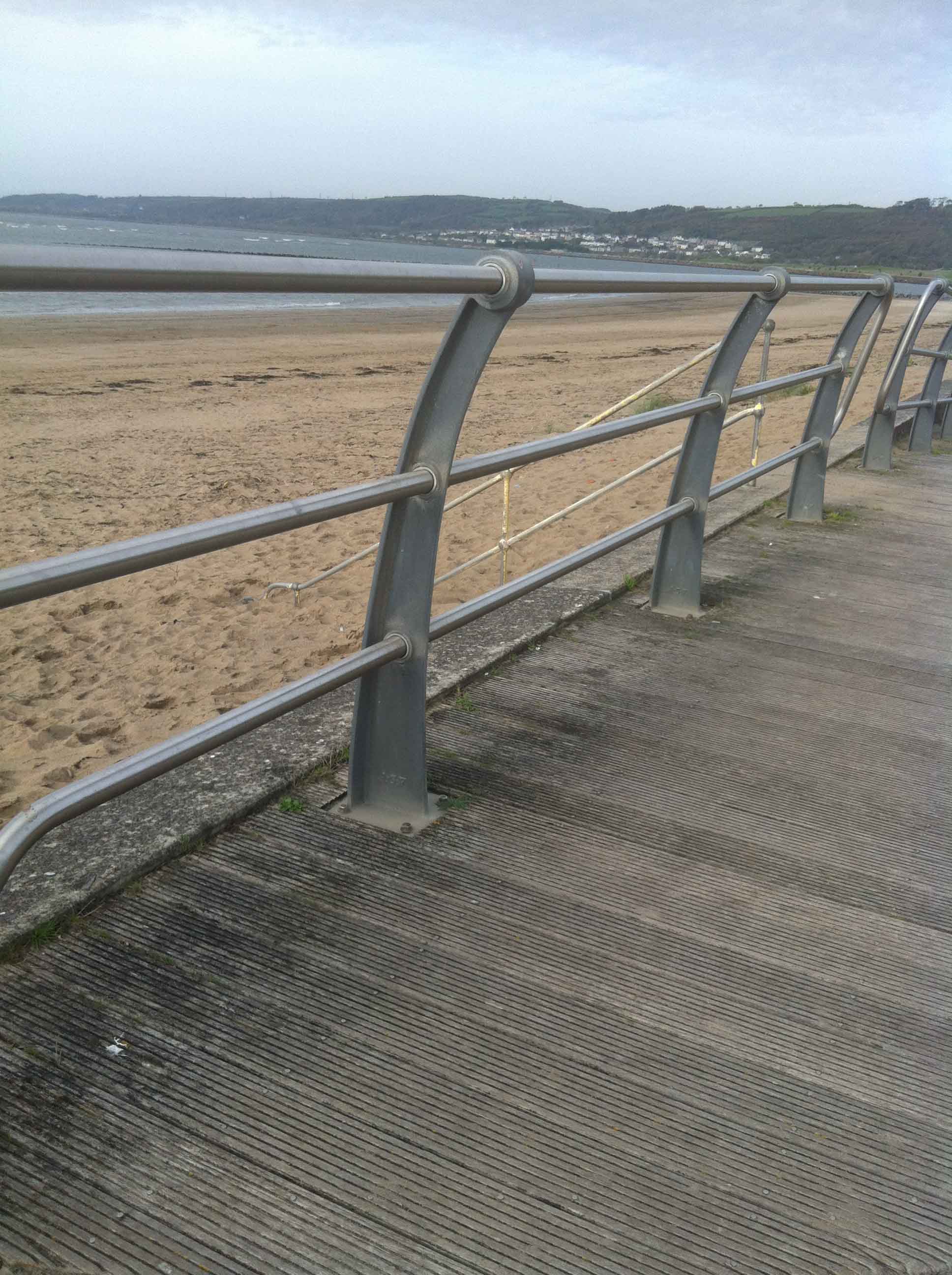 Random coating readings were taken on the posts positioned on the viewing towers and the posts backing onto the beach. The average thickness reading for the tower posts was 223 microns with the lowest reading being 193 microns while the average for the beach posts was 208 microns and the lowest there 183 microns. These readings remain well above today’s required Standard and based on the corrosion rate, possible total maintainence free performance of 54 years.