Roseisle Distillery in Elgin is Scotland’s first major distillery in 30 years and, with a gross internal area of 3,000m², also its largest, with a potential output of 10 million litres of malt whisky per year. The building is a modern interpretation of the traditional still house and maximizes natural ventilation and daylight. 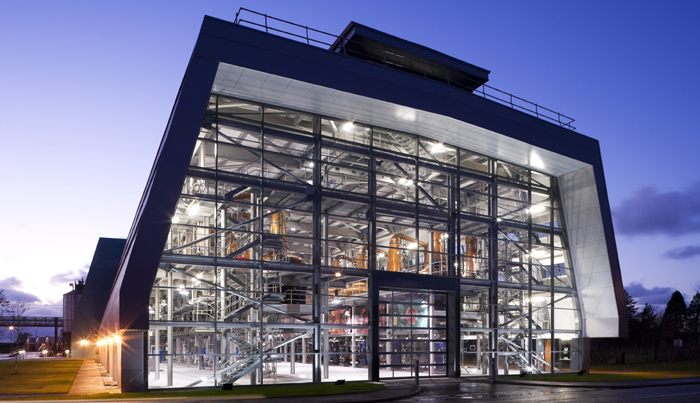 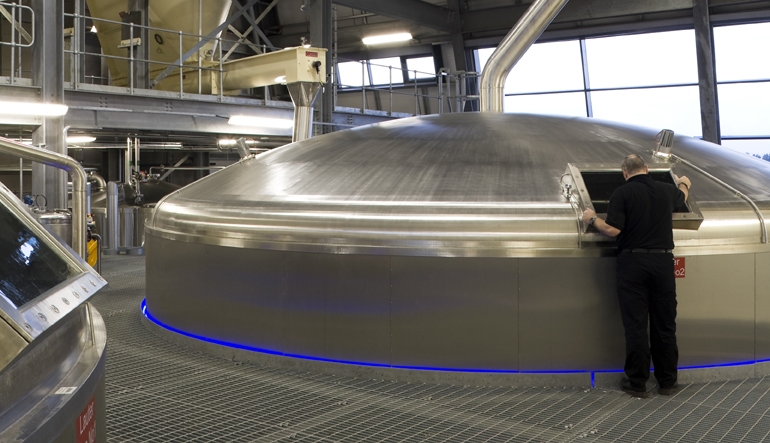 The layout and massing of the building express whisky-making’s three main processes: mashing, fermentation and distilling. The mashing stage takes place in the western and central volumes of the distillery. Malted barley passes through a de-stoner and a grinding mill and then enters two mash tuns, which mix it with water to produce wort. The liquid is fermented in 14, 10 metre high cylinders to produce wash, a fluid similar to weak beer.

The wash then flows into the still house at the east end of the building which contains seven pairs of copper stills. The wash rises as it is heated by the stills and passes through downward-sloping tubes into condensers where it is distilled again. This completes the distillation process. 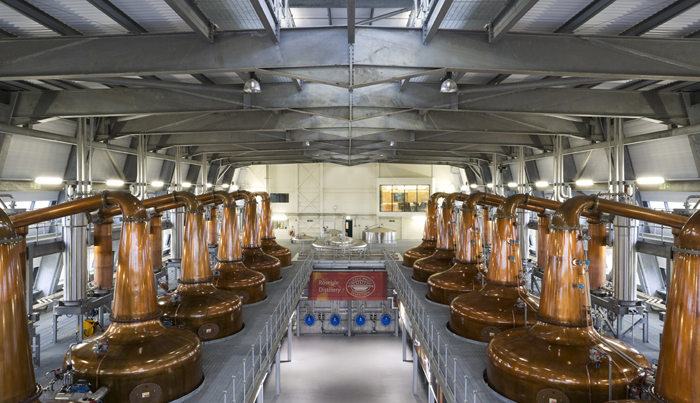 For architectural reasons, the mash house is higher than necessary: a lower roof in this central area, which projects in plan, would have looked proportionally awkward.