As the longest pleasure pier in the world, situated in two Sites of Special Scientific Interest and a listed structure, Southend Pier holds particular historical and cultural importance within the realms of marine architecture and the town of Southend, but a devastating fire in 2005 left a substantial area of the structure destroyed and unsafe. Destroying the old pier head, the fire took with it the southern train station, emporium and bar.

The architectural practice of Saville Jones were appointed by Southend Borough Council in 2007 to lead a design team in the sensitive restoration of the pier structure and deck, and to design a new train station to replace the one which was lost in the fire. Commencing on site in September 2008, the project was completed in July 2009 and officially opened in September 2009. 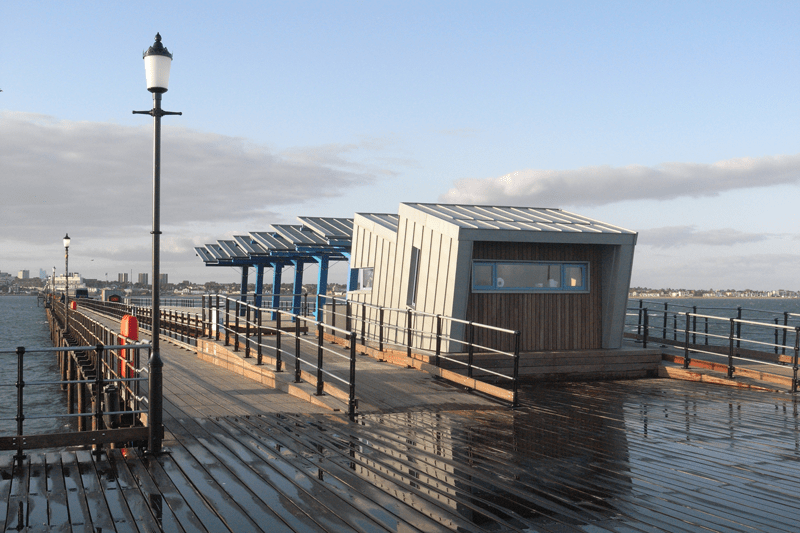 The design team spent a lot of time in considering the various options for the restoration of the pier including a number of on site difficulties, access to the site being the prime concern.

Comprising of a series of canopy structures and an office building, the new southern station drew its inspiration from the patterns and rhythms of waves rolling onto the beach. Beginning with the station building, the angles in the roof structure, windows and seams in the zinc cladding are continued by a series of canopies which shelter waiting passengers. The uniform appearance and construction of the canopies helps to continue this rhythm and also allows each structure to be economically produced yet easily dismantled if more ambitious developments are envisaged for the future. 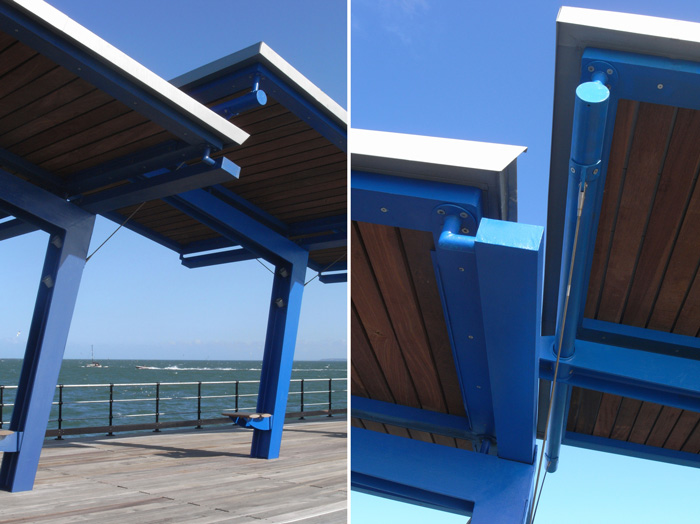 A traditional zinc roof incorporating photovoltaic cells tops each of the canopies, taking full advantage of the exposed southerly aspect to generate electricity for the Pier’s use.

A public display monitor on the station building also allows visitors to track the energy being generated, along with the amount of CO2 being saved.

As the station is open for long hours throughout the year, it was also necessary to light the area and the specification of carefully selected fittings allows the underneath of the canopies to be highlighted whilst minimising light pollution. Blue LED lighting runs around the perimeter of the platform, safely and efficiently highlighting the deck edge for passengers waiting at the station or alighting from arriving trains. 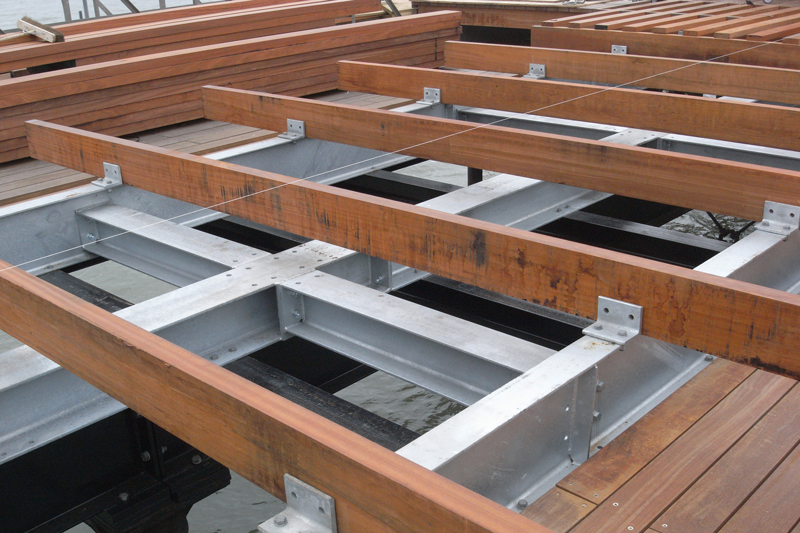 Timber for both the structure and the deck to the new station was sourced from managed forests in accordance with the Governments Procurement Policy, ‘CPET’ and was preassembled in ‘pallets’ in the Netherlands by adults with learning difficulties. This method speeded up the work on site and enabled the noise generated by the construction processes to be minimised in keeping with the requirements of Natural England. 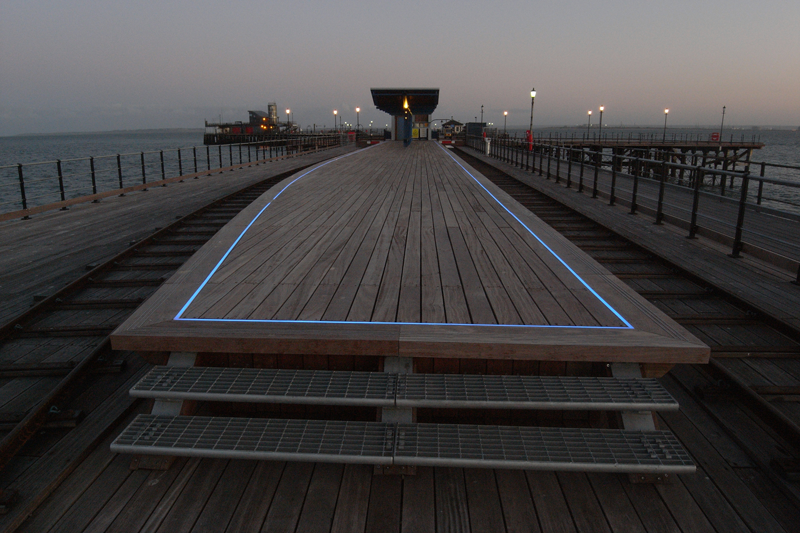 Due to the new station and restoration being over a mile out to sea, specialist design and working methods had to be employed to ensure the project could endure the continued harsh, exposed sea environment. All of the steelwork above the pier deck is hot dipped galvanized and the steelwork for the canopies is galvanized and then painted to provide a subtle change of colour from one end to the other.

This combination of galvanizing and paint was selected to provide protection in such an exposed location. Galvanized bolts and hangers were also used for the timber structures below the deck.
As a popular and highly valued attraction, it was necessary to keep the Pier open to both visitors and to the Lifeboat station staff, who are permanently based on the end of the pier, thus works were phased and managed to minimise any potential disruption wherever possible.

The restoration and new station allows the far reaches of the pier to be easily accessible for all visitors once more, ensuring that this internationally important structure remains a valued and popular aspect of the Southend on Sea landscape.