Over the years, many attempts have been made to transform the centre of Birmingham. In fact, if you have not visited the city for a number of years it is now virtually unrecognisable from just a decade ago. The transformation of Birmingham is ongoing with its new library and railway station. The city that had been locked within itself by a network of roads, has now opened up, and is growing in confidence in its heritage both modern and historical.

The Cube is a 25-storey mixed-use development in the city centre. Its brief called for the design of a distinctly new type of mixed-use building in Birmingham that was also an architectural landmark. Designed by Make Architects, and engineered by Buro Happold, it contains 135 flats,10,359 m2 of offices, shops, a hotel and a skyline restaurant. 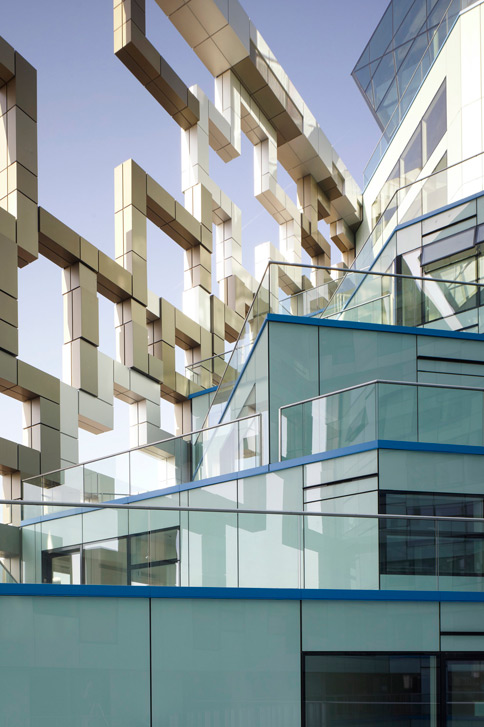 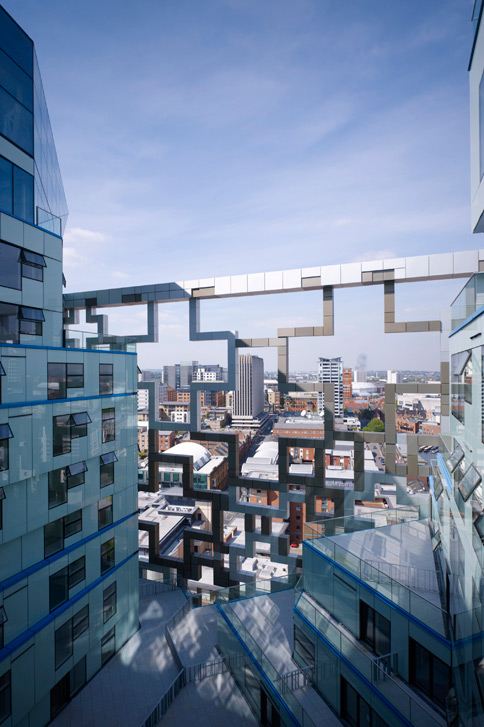 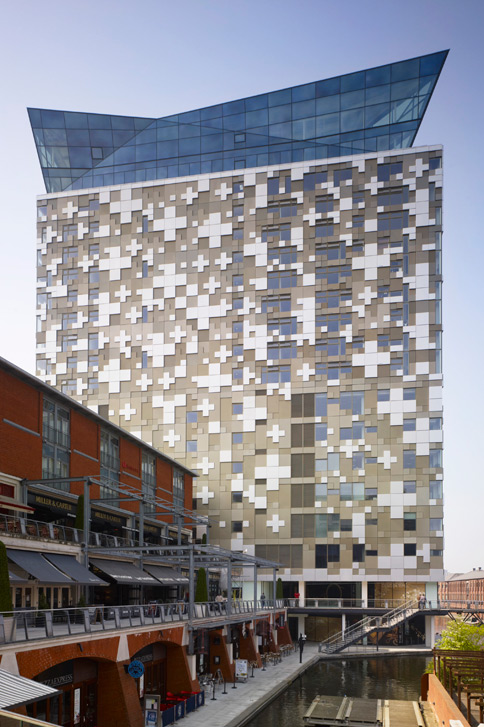 The canal-side location provides an emblematic gateway building that will link into the new library of Birmingham and the redevelopment of New Street Station. It is apt that the building‘s architects are led by Birmingham-born Ken Shuttleworth who has stated that it was a great opportunity for him to evoke the city’s industrial heritage. “The cladding for me tries to reflect the heavy industries of Birmingham which I remember as a kid, the metal plate works and the car plants – and the inside is very crystalline, all glass; that to me is like the jewellery side of Birmingham, the lightbulbs and delicate stuff – it tries to reflect the essence of Birmingham in the building itself.”

A key element of the brief from the city planners was to continue the opening up of the city with the inclusion of a new public route into the city centre through the site, connecting the canal path and bridge to further urban regeneration to the west. Make’s full-access design introduces a dynamic mix of retail, office, apartment and hotel uses in a single building – a city within a city.

The 25-storey Cube was conceived as an ornate jewel-box that was carved out, architecturally, to create an atrium and central courtyard. The Cube has three elements: the ‘crown’, housing the city’s first panoramic rooftop restaurant; the central cube, containing offices, apartments and a hotel; and a glazed plinth with shops and restaurants around the courtyard. Beneath is a three-level automated car park. 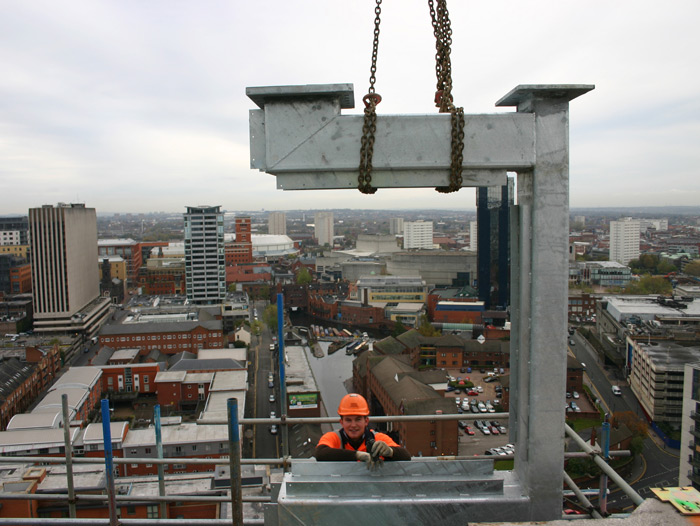 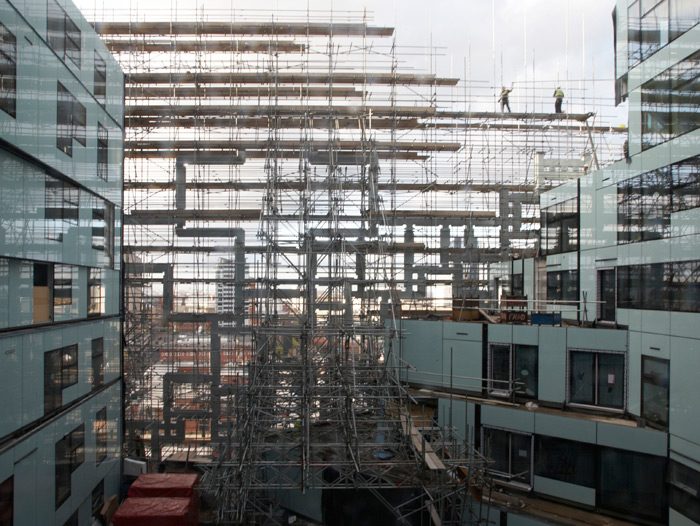 An important element of the design for one of the faces of The Cube that formed part of the residential levels and courtyard apartments, was that of maximising light filtration and provision of interesting views. This led to the concept of cutting away parts of this façade. In order to keep the cubic form visually complete, a fretwork screen spans across the open segment of The Cube, enclosing the open courtyard and apartment terraces behind. This 50 m-wide screen structure is designed as a net which continues the pixilated pattern of the cladding.

Remarkably, there is no single uninterrupted line which runs vertically or horizontally. Rather, the fretwork is composed entirely of elements which turn at 90° angles to coalesce as cruciform outlines and overlapping rectangles. Make, Buro Happold and Bourne Steel worked together iteratively to design and build a structure which meets these unique aesthetic ambitions. 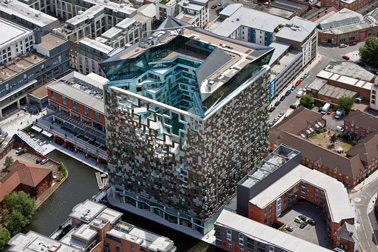 The use of steel allowed this freedom to the designers. The beams and columns of the screen are clad with aluminium panels to match the rest of the cladding, but as these panels were not watertight, galvanized steel was used to protect the steel components to achieve this outdoor sculptural element. Suspended from a large truss which spans the outer edge of the building, the fretwork is secured to a series of movement joints which allow for its expansion and contraction due to wind and temperature changes. This heavy duty ‘lacework’ is calculated to deflect up to 300mm at its highest levels.