The Twelvetrees ramp and staircase structures are the first connecting structures delivered in the creation of the Lea River Park. 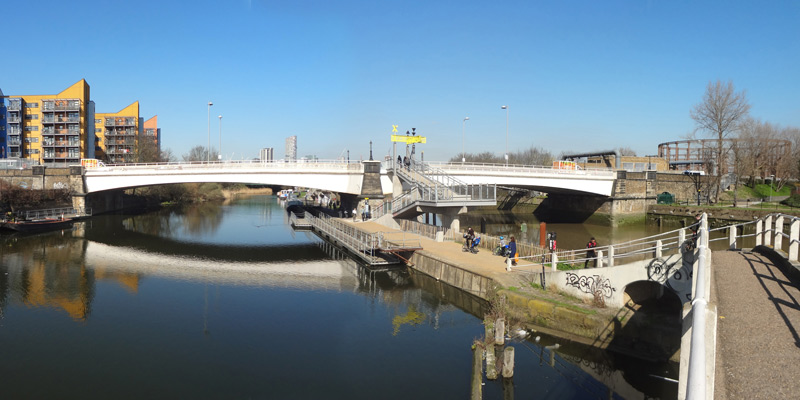 The Lea River Park is a new great park for London, and will connect Queen Elizabeth Olympic Park to the Royal Docks and the River Thames with new continuous public parklands – completing the 26-mile long Lee Valley Regional Park. The strategic initial phase of this vision is the delivery of a linear park named The Leaway which creates a continuous walking and cycling route along the River Lea. The Leaway connects a series of existing but fragmented public open spaces; new parks will be added to this route and additional pedestrian and cycle connections will be delivered over time as land becomes available. 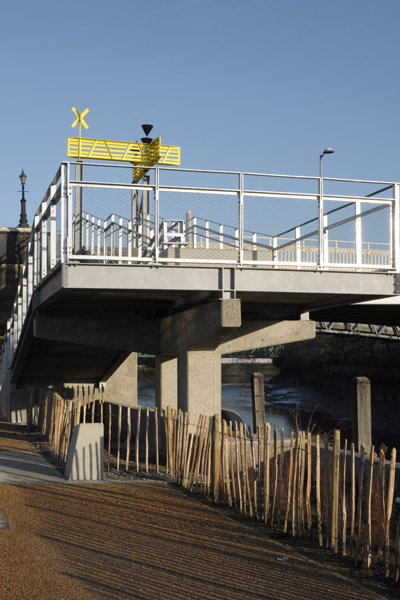 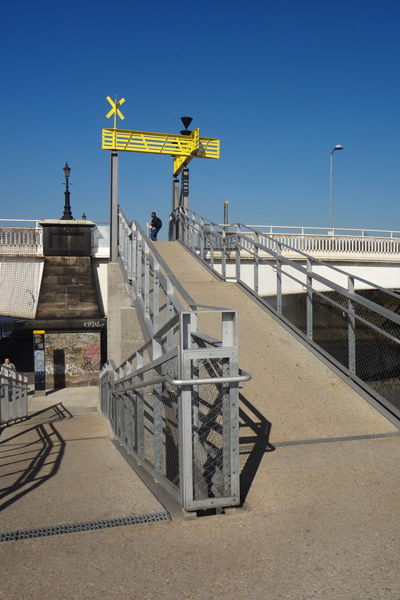 Central to the creation of the Leaway are a family of connecting structures, including ramps, bridges and suspended walkways. The Leaway structures are conceived as part of a family of new connective park infrastructure that make reference to the industrial and utilitarian aesthetic of the existing bridges, pylons and river-works that populate the Lea Valley, characterised by clean, simply rendered forms and framed structures.

These Leaway structures have been developed to employ a material language that delivers both refinement and robustness. Crisp surfaces of metal architectural mesh set within galvanised steel frames and exposed aggregate concrete describe a clean volume, providing robustness while aspiring to a sense of fineness befitting the rich context of the River Lea. 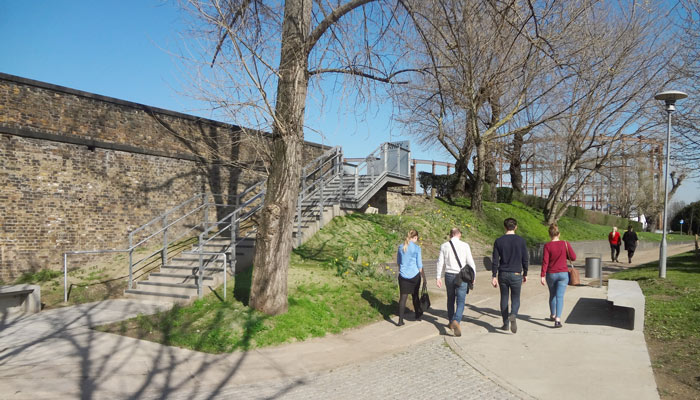 Galvanising was chosen as the main metal finish throughout the Lea River Parks street furniture and connecting structure for its raw, self-finished, industrial aesthetic which reflected the history of the valley. Galvanising offered an easily replicable finish, which is timeless and can be replicated by multiple delivery partners across several London Boroughs, as the wider Lea River Park is delivered over the next 10 years.