The winner of the 2019 Galvanizing in Engineering Award is Conservation of Catrine Weir by Addison Conservation and Design.

The Catrine Weir on the River Ayr (East Ayrshire) is a 19th Century industrial structure erected as a water supply to power the Catrine Mills and their water wheels designed by the renown engineer William Fairburn.

These wheels were the biggest in the world in their time. The weir structure was dilapidated but, although, patched over time in majority of original construction.

It is a Scheduled Ancient Monument that required major engineered conservation works to stabilise and then protect the heritage assets. 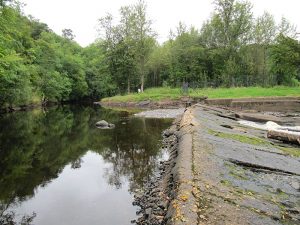 The principle was to retain its original fabric as much as possible but encapsulated in specially designed lime concrete which closely match the type used by Roman in their civil engineering works. 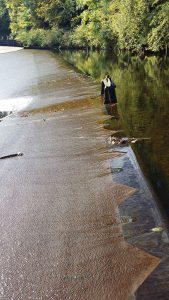 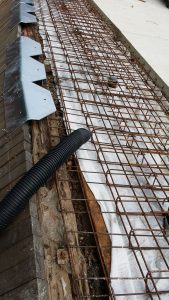 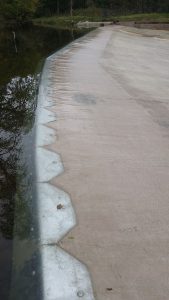 The original wooden weir crest replaced with ekki timber. John Addison felt however that, apart from the obvious technical logic of the reinforcement of vulnerable edge, the crest should bear a modern and aesthetic mark. This is where the galvanised steel apron was introduced.

It creates a sharp very clean line shimmering in the sun, when the Scottish weather allows, creating a very nice aesthetic statement in contrast with the whiteness of our lime concrete.