A major cloudburst in 2013 and a second flood in 2015 washed away a large part of the valley of Kedarnath, centred on the north Indian State of Uttarakhand, causing major loss of life and destruction to property.

An important first step within the reconstruction process for the region was the rebuilding of a bridge at Sonprayag. This formed an important part of the route taken each year by hundreds of thousands of Hindu pilgrims from all over the world, on the trek to the Kedarnath Temple, 3,500 m above sea level. 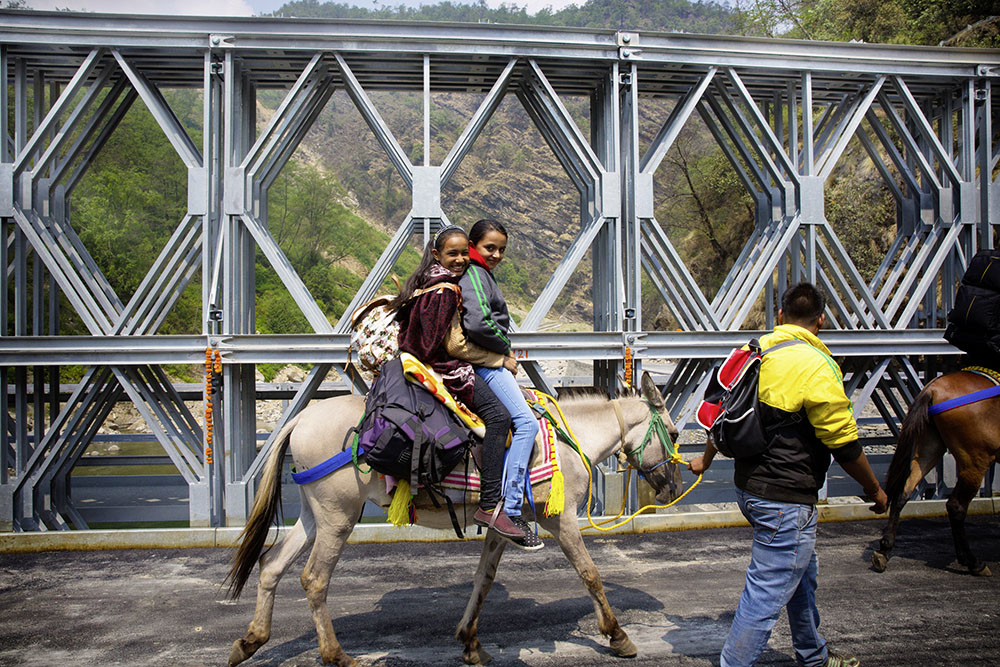 In order to retain a link for pilgrims, a temporary bridge was built but this unfortunately was washed away on two occasions by floods, most recently in June 2015. A more permanent solution was sought by the Indian government that had to be quick to construct, be able to be built within a hostile environment but also provide an economic solution. 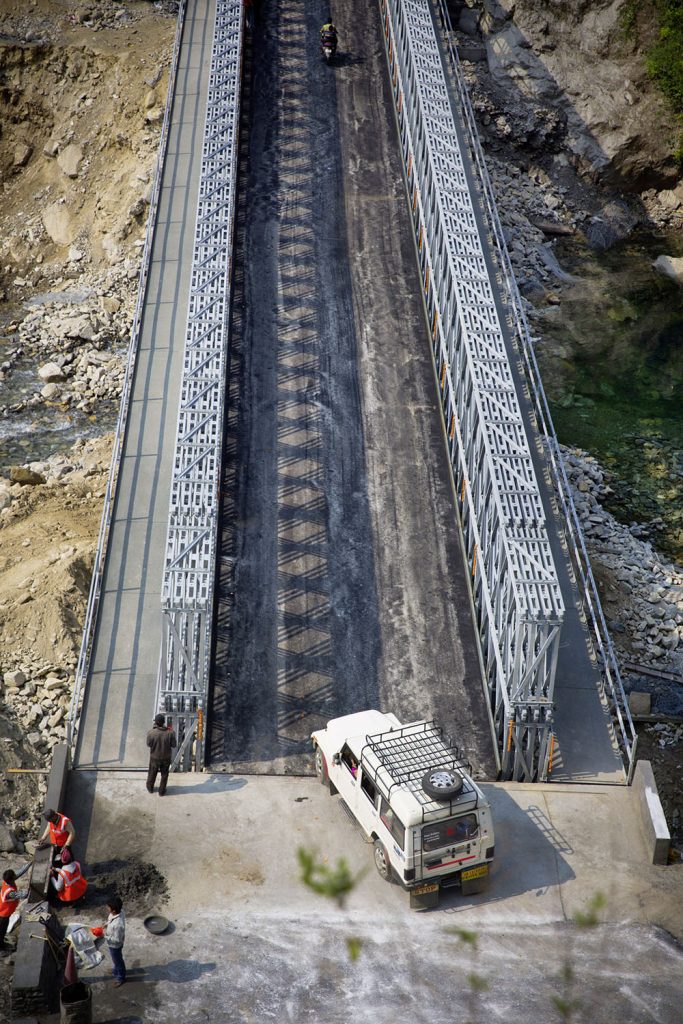 In a remote location such as Kedarnath, with its challenging topography building a conventional bridge would not only be very time consuming and costly but would be a logistical nightmare, involving the transport of materials and heavy construction equipment.

The solution of a modular galvanized steel structure offers many benefits that have been proven over many years. The light, smaller steel sections can be transported and erected easily on site
using an unskilled work force. Galvanizing offers long term protection and will therefore help to provide structural integrity during the inevitable cycle of floods.

Remote areas such as this often have substandard road conditions. This can make it difficult to transport heavy construction equipment or materials to the project site and does not allow safe
maneuverability of heavy prefabricated concrete structures or long steel sections.

In contrast, the modular components used for the Sonprayag bridge were shipped in standard ocean containers and then delivered by highly compact and maneuverable 6.5 m long trucks.

The structure was completed in an incredible 45 days.
(Content provided by Acrow)

Posted on February 16, 2021 by Galvanizers Association

‘Be Well’ was a temporary pavilion selected as the centrepiece for Clerkenwell Design Week 2019. Envisaged as a platform to showcase the inherent performance and aesthetic qualities of galvanized steel via an experimental composition of utilitarian building products and curated…

London Luton Airport (LLA) has a single passenger terminal, which during normal travel circumstances, will serve over 15 million passengers flying to multiple destinations each year. The transformation underway at LLA will not only significantly improve the experience for passengers,…

Aretz Dürr Architektur have won a long list of architectural awards including ‘House of the Year’ 2020 for their low-cost, sustainably designed, single storey family house. Sitting lightly within its surrounding landscape, the house provides a stripped down, comfortable living…

Nový Bor, a small town in the Czech Republic countryside on the edge of the Lusatian Mountains, has been a centre of the Bohemian glass industry for centuries. As a relative newcomer, Lasvit transformed the tradition of North Bohemian glass…