The Catrine Weir on the River Ayr (East Ayrshire) is a 19th century industrial structure erected as a water supply to power the Catrine Mills and their water wheels designed by the renowned engineer William Fairburn.

These wheels were the biggest in the world in their time. The weir structure was dilapidated but, although patched over time, it required major engineered conservation works to stabilise and then protect the heritage assets. The conservation was masterminded to the smallest detail and later supervised on site by the late John Addison. 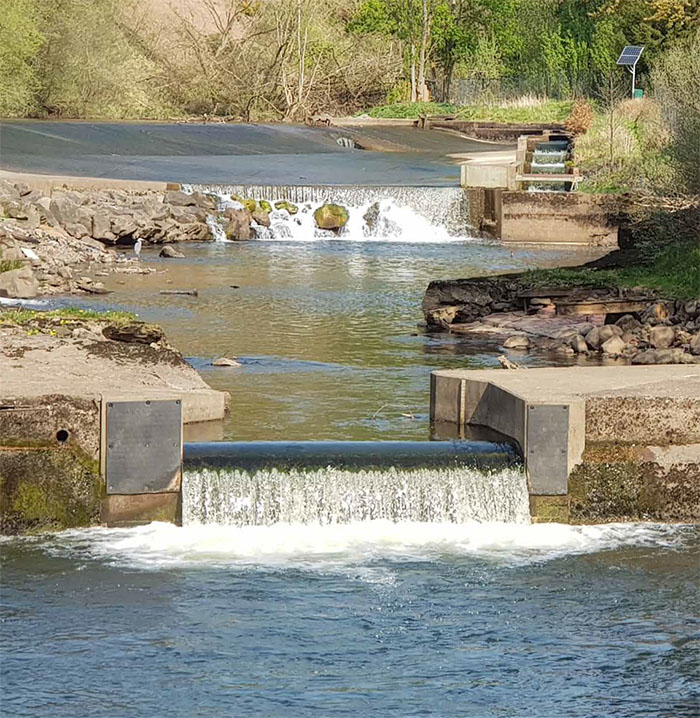 The principle was to retain the weir’s original fabric as much as possible but encapsulate it in specially designed lime concrete which closely match the type used by Roman engineers.

The original wooden weir crest was replaced with ekki timber. Apart from the obvious technical logic of the reinforcement, it was decided the crest should bear a modern and aesthetic mark. This is where the galvanized steel apron was introduced.

It creates a sharp very clean line shimmering in the sun (when the Scottish weather allows). From Addison’s past experience, galvanizing has proven to be the most cost-effective long-term solution.

Posted on October 18, 2019 by Galvanizers Association

25 Years of the Galvanizing Awards

Year on year GAGA entrants have shown how projects across the UK and Ireland test the technical limits and creative potential of a 300 year old technology. Whether they are monumental public projects or small-scale detail entrants, each year we…

The four clear aims and achievements of the wider Dynamic Druridge project were to inspire and engage people about nature, to build a new sustainable wildlife discovery centre and to recreate and reconnect habitats to increase biodiversity. Located on the…

In the summer of 2016, chadwick dryer clarke studio were invited to participate in a limited design competition held by the Botanic Garden and University of Cambridge Estates. Their winning solution which was a collaboration with structural engineers Smith and…

The project was originally commissioned in 2006, after grant funding was received from the EU, which was championing the screening of European-made films in purpose-built cinemas as a pushback against Hollywood. dePaor developed the design through analogue means – hand…