Torafu Architects were appointed to design a new street-level store of the Australian skincare brand Aesop which was recently opened in Shibuya, Tokyo. It occupies the first floor of a building along Meiji Avenue and features a pared back concrete structure with a selection of unfinished materials. 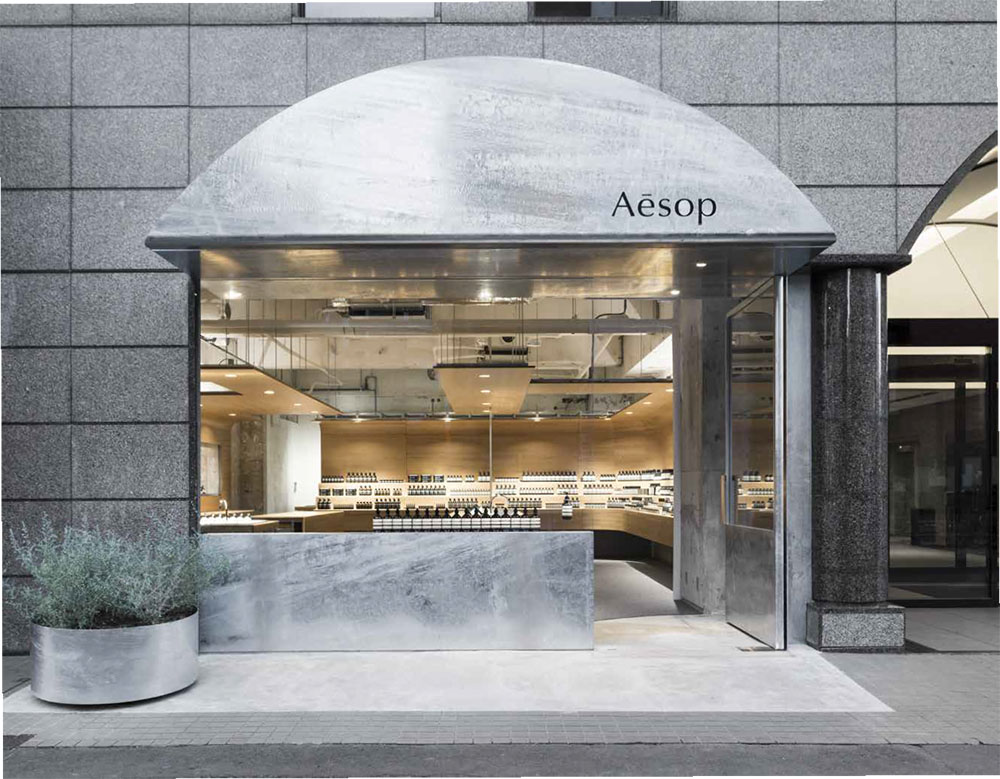 The design concept consisted of a space where foundation and finish would coexist, taking a cue from the atmosphere of Shibuya, which continues to change every day and where old and new mix together.

The existing interior space revealed a concrete skeleton with signs of repeated repairs. While using the floor plan of the existing building, a circular plan was adopted that centred around a large sink and product shelves on the walls, organized like a tiered gallery. The size of the counter is used to further enhance the store interior. Domestically produced chestnut wood was used for the wooden components, with the aim for a finish like that of high-quality furniture. 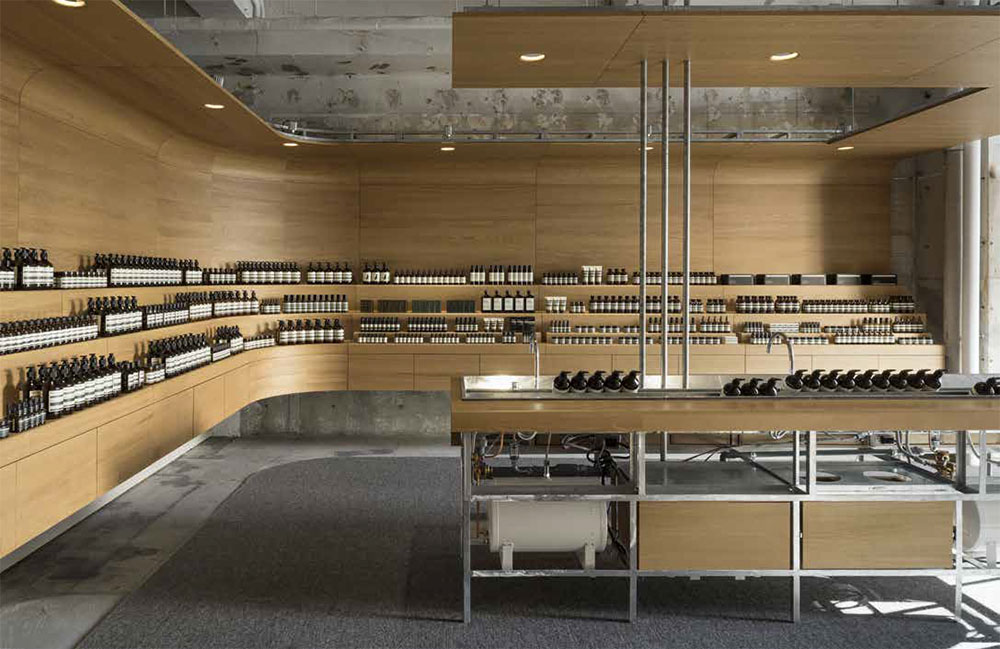 The furniture maker Karimoku was commissioned for the production of all woodwork. In contrast with the parts that would be in potential contact with customers which were finished with smooth details that make one want to caress them, the parts that wouldn’t be in contact have an exposed framework like unfinished furniture that is still in production. 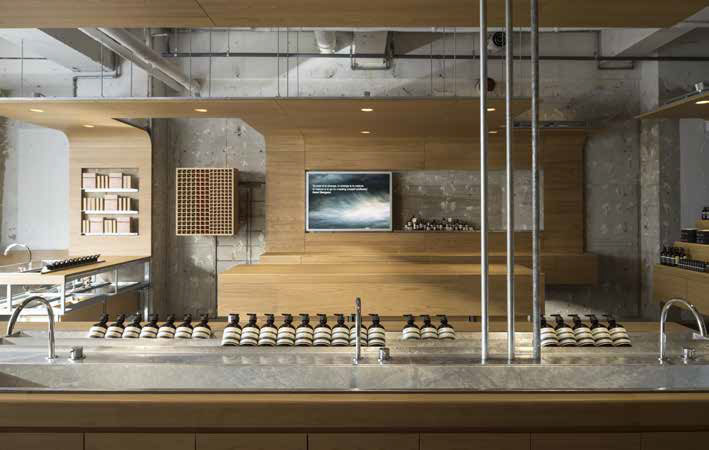 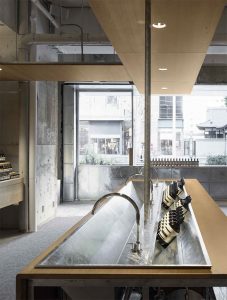 All the internal support framework, sink, shelving and external façade, have been produced from galvanized steel. This provides the desired aesthetic and imparts unity to the feel of the materials. A cashmere carpet on the existing concrete floor adds a feeling of luxury to counterbalance the hard external road surface.

Serving as the external face of the store, the galvanized façade was designed to create dynamic contrast but also link to its existing environment by adding eaves that appear to repeat the arch-shaped gate to the entrance of the neighbouring building.

Posted on October 29, 2019 by Galvanizers Association

A large new ball made of timber and hot dip galvanized steel has become the centrepiece of the inMotion Park in Steinberg am See, Bavaria. Measuring 40 m by 50 m in height and diameter the structure has become a…

Located in a traditional harbour setting near the town centre of Warnemünde, Germany’s first upcycled hostel has been created. The concept of using shipping containers for residential projects is not new but the scale of their use for the Dock…

In the port of Rotterdam, 32 dairy cows have found a new home in the world’s first floating farm. The micro farm is within the harbour of the M4H development zone in Rotterdam, an area which aims to stimulate and…

The building sits on an outcrop of a small rocky headland rising about 15 m above the sea on the narrow western coastal margin of Loch Fyne. Access is along a low coastal strip on an unsurfaced single-track road. The…