Blue Mountain School unfolds behind the shimmering silver façade of this corner site on Redchurch Street. In the tradition of house museums, the building is a puzzle of rooms and uses, playing host to a fashion archive, exhibition spaces, a kitchen and wine room, a perfumery, listening spaces and various room sets by international designers. The project was highly commended at this year‘s GAGAs for its use of galvanized steel as a decorative finish throughout the project.

6a architects led a three-year collaboration with Hostem to transform the six-storey building. A monolithic oak stair is surrounded by walls of galvanized steel and glass bringing transparency and connections to the various multipurpose floors. 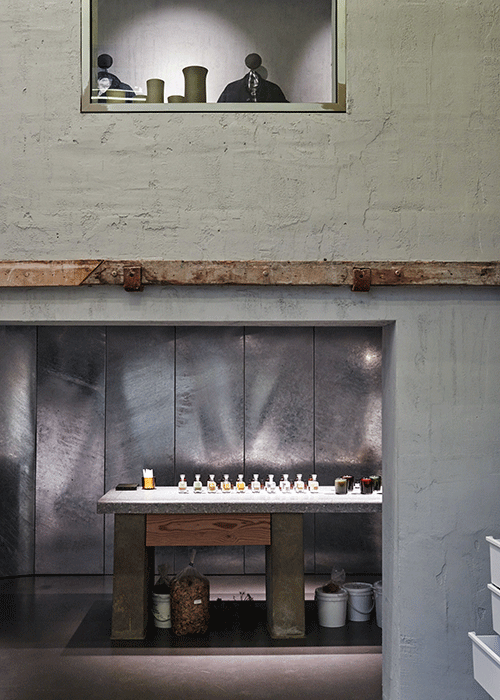 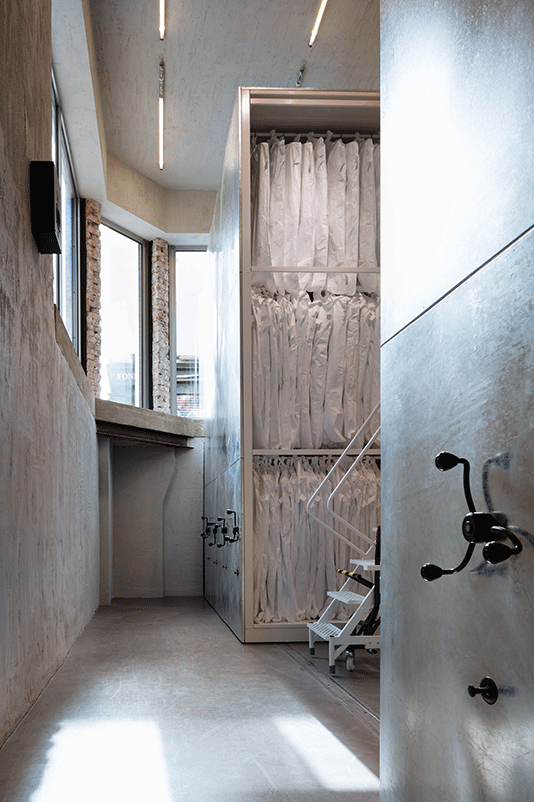 The growing collection eschews the commercial transience of fashion retail, instead it focusses on the preservation and cultural relevance of its unique works, archiving clothing amongst artefacts and art works.

Large rolling storage units both seal and expose their contents. Hot dipped galvanized steel is reconsidered as a decorative material throughout the building. 6a oversaw the hot dipping process with the galvanizer and fabricator to wall panels, mobile units, displays and complex curving handrails.

The marble-like galvanized finish sits alongside clothes and other textured surfaces. Galvanized windows and screens were clear lacquered to expose the welds and grinds beneath the latent marks of the manufacturing process which are revealed throughout the building.