The Charles Kuonen suspension bridge is a rope bridge on the eastern side of the Swiss Mattertal valley.

Opened in July 2017, the 494 m long structure is believed to be the longest pedestrian suspension bridge in the world. Only 65 cm wide, it stretches across an 85 m deep valley.

The galvanized steel deck is supported by 53 mm diameter ropes with a cable tension of 440 kN. A patented damping system in the suspension cables helps to reduce bridge vibrations. 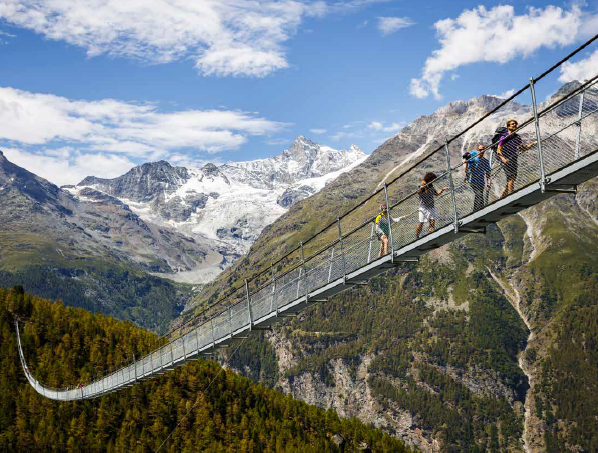