Ponferrada is the capital city of the El Bierzo comarca (administrative division in Spain) and the last major city on the “French Way” – the most popular pilgrimage route to Santiago de Compostela. An extension to the existing courthouse within the city has created a new civic space.

Work on the €4 million project began in 2011 to build a four-storey building that would be connected to the old courthouse through its rear façade. The building opened to the public in March 2015. 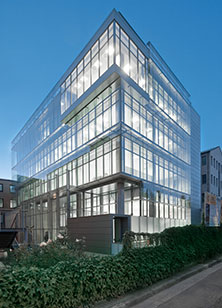 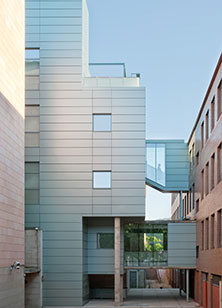 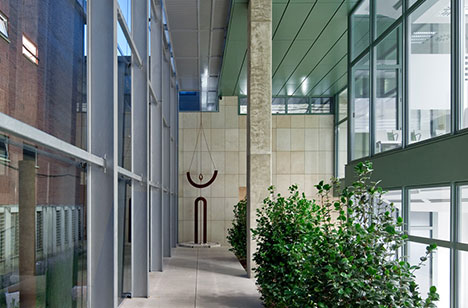 The new building is constructed from a limited palette of materials including glass, galvanized steel and aluminium. The rationale underpinning the design was one of constructing a simple cost effective structure. This has been reflected within the specification of materials, taking into account efficiency of use and low maintenance.

An important design consideration was that of optimising light penetration throughout the building. This resulted in the open central spaces of the structure having a south and east facing elevation to take full advantage of the morning light which also aids the quicker and more efficient transfer of heat into these areas during working hours. 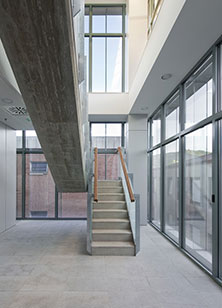 In order to cater for the different rates of transfer of heat and light during both summer and winter, the building was designed to have a double skin facade that incorporated motorised ventilation systems that aid with the modulation of temperature. During the summer for example, the automated systems are opened early in the morning to allow cool air to flow into the building slowly closing as the external temperature rises allowing air conditioning to take over.

Galvanized steel is used as a connecting material between the glass external facade and the internal aluminium facade. The clever use of galvanized grilles act as both walkways and aid with the natural ventilation of the building. 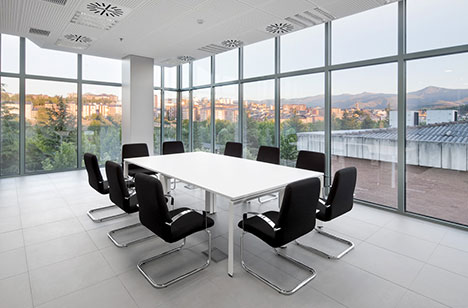 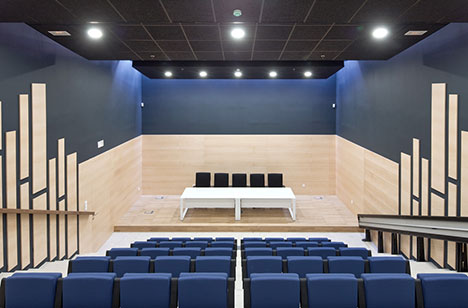 Nestled within the French Alps at an altitude of 1,500 m the Courchevel Aquatic Centre could not have a more serene setting. Surrounded by an alpine forest within the Tarentaise valley situated below the slopes and village of Courchevel, the…

Our environment has and continues to be influenced by a combination of legislators, landowners, planners and inspirational architects. It’s comforting to know that there are many within this mix that have a passion for the creation of innovative, sensitive and…

Made from 3 mm thick steel plate, the butterfly sculpture is one of a collection produced by Thrussells. With a 3 m wing span and a 1.2 m body, its size is deceptive. The sculpture is formed by working sheet…

Makro, the well known international cash and carry brand were looking for an environmentally-friendly building for its headquarters in Madrid, Spain; a place where tradition and innovation would intertwine to give the company a new, elegant building. Having the ideal…