In the 1960s the University of Darmstadt‘s new campus was designed with the foresight to use flexible modular type construction methods that deployed galvanized steel frames. 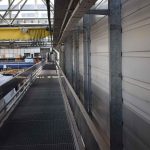 The University of Darmstadt has several locations, one of which is today‘s Campus Lichtwiese, built in the late 1960s. Within the first phase, seven steel frame buildings were constructed in lightweight galvanized steel for the Department of Civil Engineering between 1968 to 1970.

The halls were part of the so-called Darmstadt construction system, which was developed in order to complete the new campus within an allocated time period. Requirements for the prefabricated construction system included: flexibility, economy through use of standardized modules, rapid construction times and a stipulation not to have an overly prescribed design ethos.

Since most of the buildings would incorporate experimental labs for students, a simple frame structure became an appropriate starting point. Steel was chosen as the most suitable construction material that met the requirements of the design brief and it was decided that the labs would share a similar footprint. Seven buildings with a Mero spaceframe for the roof which is mounted on four solid welded box profiles and intervening rectangular hollow profile supports were completed. 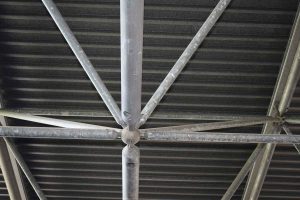 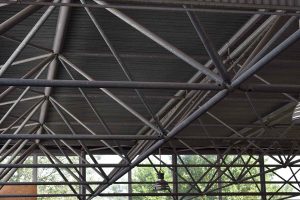 All steel components, including the crane runways, were hot dip galvanized. A recent inspection by a specialist engineer from the Institute Feuverzinken in July 2017 was conducted, it included extensive measurements of the galvanized coating as well as a visual check of the steelwork.

Coating thicknesses between 475 and 560 microns were measured on the welded main supports. On the supports of rectangular hollow sections, coating thicknesses of 160 to 170μm were determined. The visual check revealed no signs of corrosion. 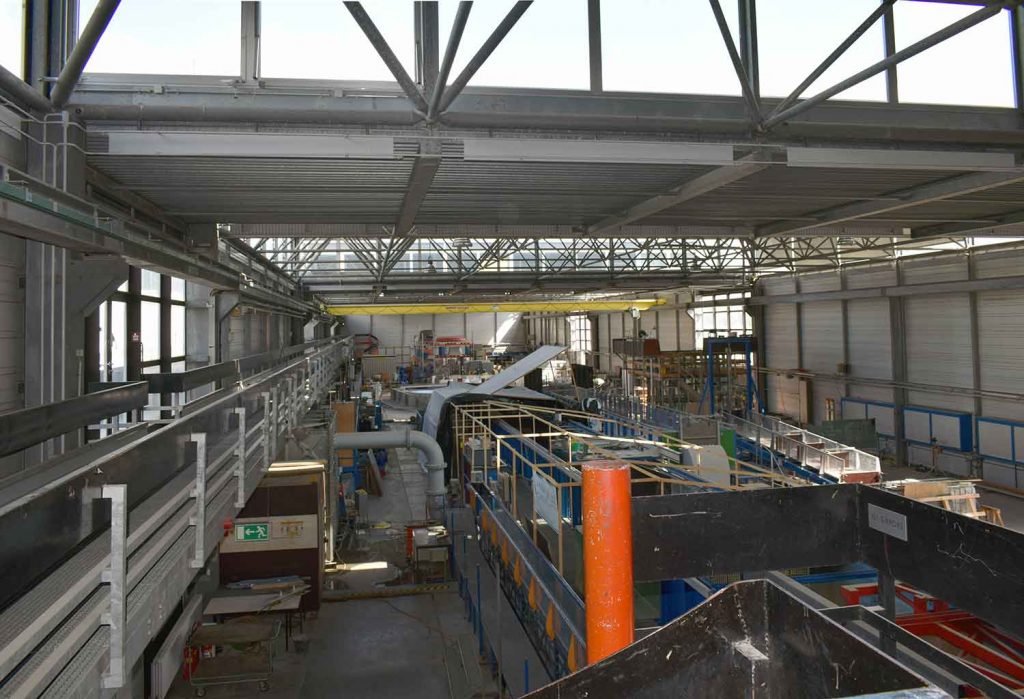 The far-sighted use of a flexible design system and the use of galvanizing has paid off for Darmstadt University. Maintenance costs have been avoided over the last 50 years with at least another 50 years of maintenance free. If an organic coating of the steel components had been used, it would be highly probable that renewal work would have been required even if it was for purely cosmetic purposes leading to consequential costs and disruption of the university’s daily activities.

Posted on September 1, 2017 by Galvanizers Association