The project was originally commissioned in 2006, after grant funding was received from the EU, which was championing the screening of European-made films in purpose-built cinemas as a pushback against Hollywood.

dePaor developed the design through analogue means – hand drawings and models at varying scales – to test the qualities of rooms, circulation spaces, the passage of light and the relationship between structure and linings. Located in the old town between the docks that face the Atlantic Ocean and the River Corrib that flows into it, the building sits on a very tight corner plot previously occupied by an early-nineteenth-century merchant’s house.

The grit-blasted concrete façades appear as render from a distance and have a similar quality to the exposed firewalls of Berlin. The façades are punctuated with 25 square operable windows made of Iroko with galvanized steel plate sills to throw off the rain. They are arranged in a seemingly scattered pattern, giving little indication of internal use. Indeed other than the words ‘Palace’ and (the Gaelic) ‘Pálás’ imprinted on the thinnest sides, the building’s form and language give few clues as to its function. 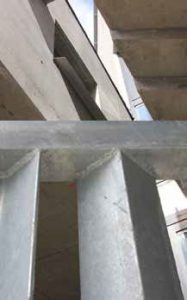 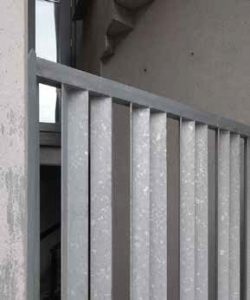 All of the external hardware to the building is fabricated from 6 mm galvanized mild steel including: the weathervane – a cut profile of a woman chasing her silhouette for north; the coping and cornice – cleated for scale when viewed from the street; the entrance canopy – a tripartite gutter which ends in the letters ‘pálás’, as well as staircases, gates and railings at street level. 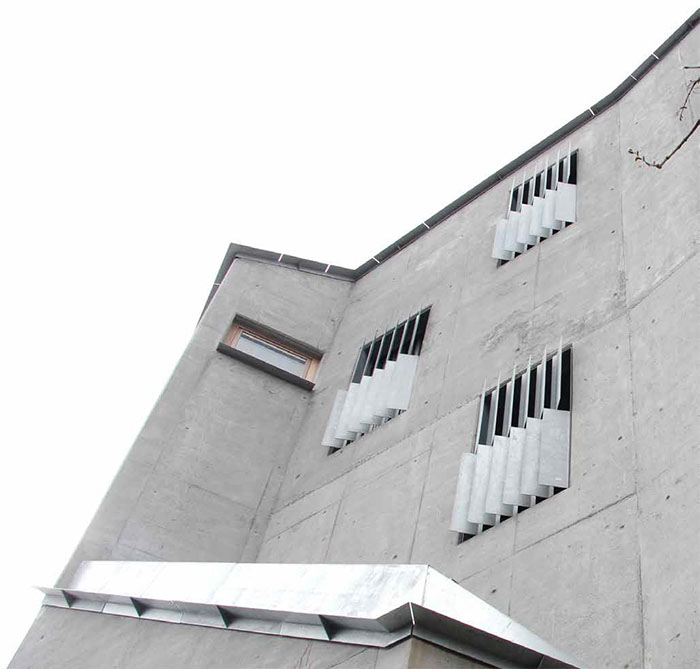 Galvanizing was chosen for its texture and colour – flat against the west of the Irish sky; the way it weathers to a soft grey and how it complements the limestone and concrete.

Posted on October 17, 2019 by Galvanizers Association

25 Years of the Galvanizing Awards

Year on year GAGA entrants have shown how projects across the UK and Ireland test the technical limits and creative potential of a 300 year old technology. Whether they are monumental public projects or small-scale detail entrants, each year we…

The Catrine Weir on the River Ayr (East Ayrshire) is a 19th century industrial structure erected as a water supply to power the Catrine Mills and their water wheels designed by the renowned engineer William Fairburn. These wheels were the…

The four clear aims and achievements of the wider Dynamic Druridge project were to inspire and engage people about nature, to build a new sustainable wildlife discovery centre and to recreate and reconnect habitats to increase biodiversity. Located on the…

In the summer of 2016, chadwick dryer clarke studio were invited to participate in a limited design competition held by the Botanic Garden and University of Cambridge Estates. Their winning solution which was a collaboration with structural engineers Smith and…