The Austrian Automobile, Motorcycle and Touring Club (ÖAMTC) is a traffic club with more than 2 million members. A new headquarters building has been recently completed for ÖAMTC, located in Vienna on one of the busiest roads in Austria. 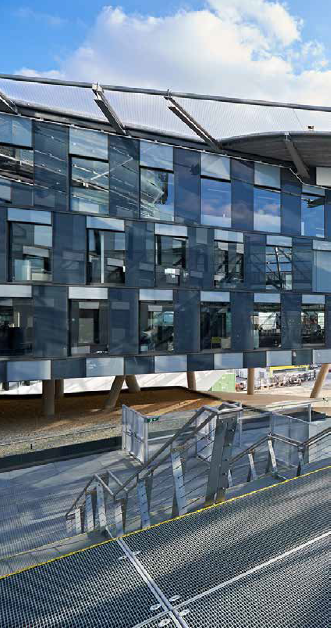 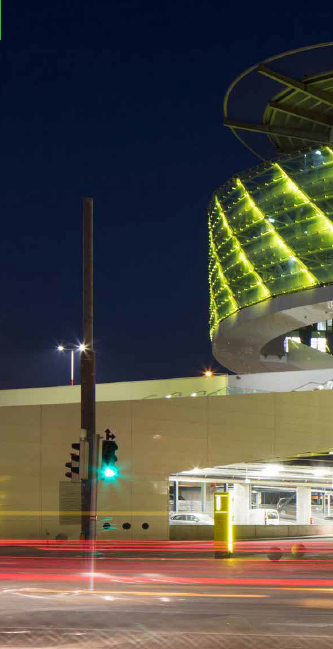 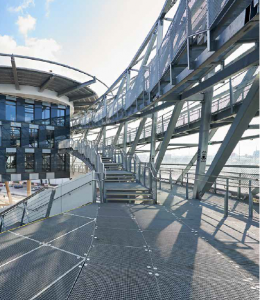 The new headquarters has nine levels with offices, conference rooms and training facilities with a total floor area of 27,000 m2 . Designed by Pichler & Traupmann Architekten, the building consolidates five former local offices and provides a new working environment for 800 employees.

The key feature of the futuristic building is its façade made of steel and glass, which serves as protection against traffic noise and for evacuation of the building. The 230 m long and 17 m high façade connects the five wings of the building, which together with the façade ring, form a five-spoke wheel.

The distinctive building was designed and implemented using BIM (Building Information Modeling). The client wanted to make a statement with their new headquarters but also required a building that would stand the test of time. As a result, all steel components that form and support the façade, including helipad, hangar and external staircases, are all hot dip galvanized to ensure an efficient and permanent corrosion protection system was provided. 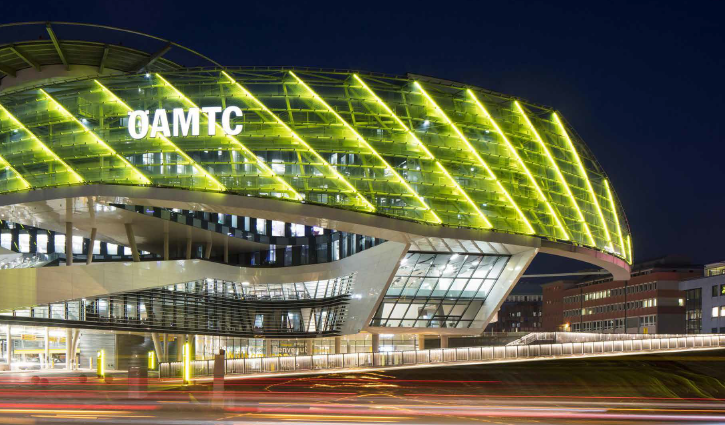