Rising to the challenge

In many ways the house designed by Baca Architects and Techniker is ordinary – triumphantly ordinary. It’s an elegant ordinary house with a pitched roof structure and concrete basement. The industrial weatherscreen skin of zinc shingles wraps the glazed facade to fully exploit the magnificent views of the River Thames. It is the views that hold the secret to what makes this house so special and it is what lies beneath this house that makes it extraordinary – it is the UK’s first amphibious house. 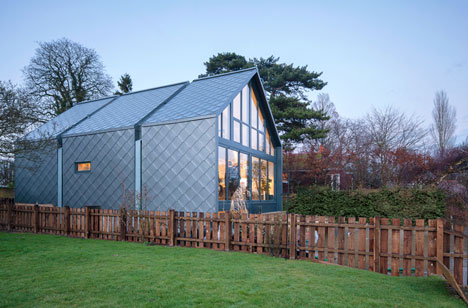 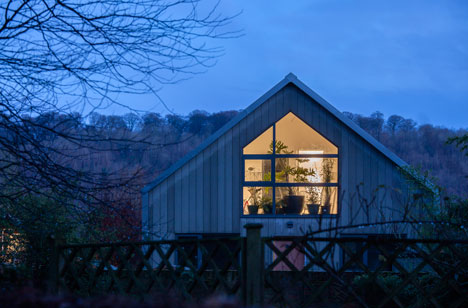 Its special position on an island in the Thames means that the downside of those spectacular views is that the house sits in Flood Zone 3b, classified as Functional Floodplain. Planning permission could only be granted for a new structure, to replace the dilapidated existing building, by demonstrating that it can deal with the inevitable floods – a floor level 2 metres above ground level was required. A new house would need to be either flood resilient, to cope with flood water entering the building, or flood resistant, preventing flood water from entering the building. The amphibious house is a unique solution that will rise and fall with the floodwater, and so will never be flooded internally. Water can occupy the footprint of the house as if it was not there – the water simply sits beneath it.

Baca Architects are specialists in waterfront and water architecture. They apply award-winning research to find answers to the threat posed by flooding, designing accommodation that interacts intelligently with water. Techniker, under the direction of Matthew Wells, has a reputation for non-standard structural design, they approach design challenges with imagination and a holistic understanding of architectural aspirations. Amphibious houses have been built before, typically on mini piles, but not in this country and the design team felt the problem was not insoluble. To create an innovative house with a means of raising and lowering itself should be relatively easy based on Archimedes’ principle. In fact with this amphibious house, Formosa, the design team’s first solution was for a house on a steel pontoon. But then, explains Wells, “We started to investigate what could be done with an ordinary house”. The house was given a waterproof concrete basement, the equivalent of a ship’s hull, and positioned within a concrete tank as a wet dock. Guide posts or ‘dolphins’ are required for when water comes into the dock as the house is then buoyed up. Two waterproofing systems are used to ensure the basement hull is watertight: there are both internal tanking and waterproof concrete. The concept for Formosa is a free-floating pontoon set between four galvanized steel dolphins. Permanent vertical guideposts allow the house to rise up by 2.5 metres, more than enough to cope with an extreme flood event. Flexible pipes allow all services to remain clean and operational in the event of a flood. Inhabiting both the flotation unit and the roof space has enabled the architects to squeeze in three storeys of accommodation in place of the existing single storey house within the maximum height allowed by the planners. The result is an ‘ordinary’ house in which the only real additional cost comes from the construction of the two foundation systems.

Engineering intelligence to ensure stability when the house floats was then applied. The first consideration is that the house should have a low centre of gravity. This is achieved via the concrete basement which weighs around 150 tonnes, in contrast to the timber superstructure which weighs only 45 tonnes. While having a low centre of gravity is essential, it is not sufficient. The resulting load is applied through the geometrical centre of the plan so the house’s tendency to tilt is minimised. This allows the dolphins to cope with the large lateral forces. The two long sides of the house sit against the edges of the dock, and four 7 metre galvanized steel dolphins guide the structure up and down. Control gears are provided to also help with preventing lateral movement, (tilting), these are formed by steel rectangular tubes divided from the dolphins by hardwood blocking to enable a smooth slide. Holes to the base of the dock allow any flooding in so there isn’t a rush of water. Floodwater rises up from the ground rather than flowing in across the surface from the river. The house is balanced by the use of ‘suitcase weights’, as used in tractors, to balance outplaced internally in the corners of the base of the hull, supported on hooks, each weighing 23kg. The design of this unique house means the owners can return and occupy the house with all services working as soon as the flood waters recede. 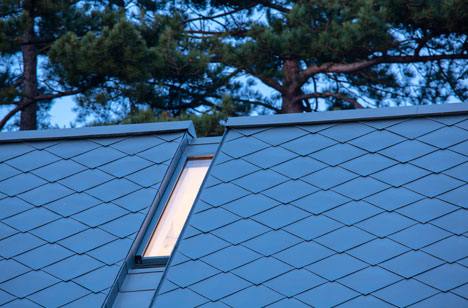 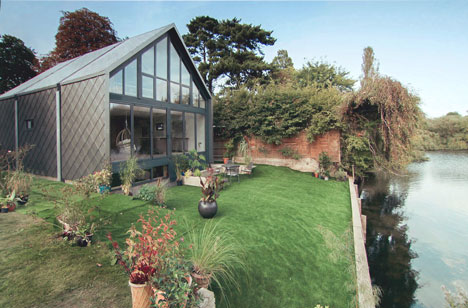 RIVA 1, a new office and private apartment complex at Phoenix lake in Dortmund offers luxurious living along a lakeside setting. Architects Schamp and Schmaloer have created simple, elegant cubic forms to characterise what will be an expanding district. Artist…