A stroll through the air

Can a balance be struck between preservation of an ecologically important area, while catering for its popularity as a tourist destination? This was the conundrum faced by authorities in Santa Pola. Located south of Alicante on the Mediterranean coast, Santa Pola‘s historic salt flats and fishing industry have historically been its main source of income. The area is now a nature reserve that encompasses its beaches, rugged coastline and forests. 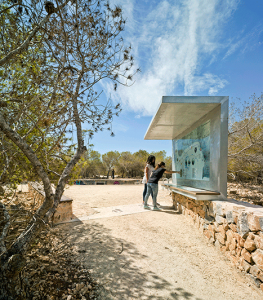 The recent increase in its popularity as a tourist and sporting destination has put many of its nature trails and walks under increasing pessure. Minimum intervention from the authorities was no longer a viable option. A solution was sought that would take advantage of the areas geographical features without ruining its natural beauty.

A galvanized steel catwalk formed from mesh grids was designed to balance the use of materials and its visual impact. The catwalk adapts to the curving topography and runs along a fossil reef that falls, in some areas, over 100 meters at its edge. The catwalk combines with a network of cycle paths that have been used to link Santa Pola and it’s neighbouring town, Gran Alacant.

The catwalk follows the undulating topography creating dramatic viewing vistas along its length spanning across dips within the landscape. 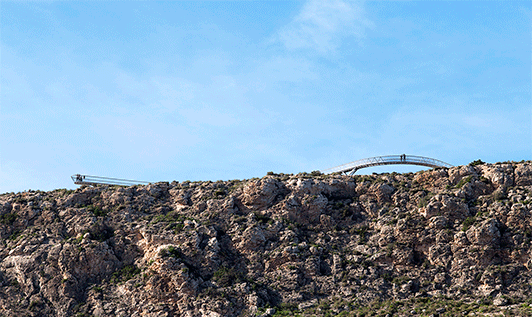 Posted on June 1, 2016 by Galvanizers Association