The positive impact that a pier can have on a seaside economy was a key driver in the campaign to restore the Grade II listed substructure of Hastings Pier. 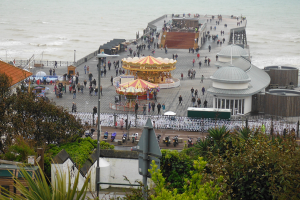 Built in 1872, it has been subjected to an aggressive marine environment, fire, storms, decay, troubled ownership and much neglect. Following closure in 2008, it was ravaged by fire in 2010. The recently completed £14.2 million refurbishment not only saves Hastings Pier but also secures its future. Designed by great pier engineer, Eugenius Birch, and built by R Laidlaw & Son of Glasgow, the 272 m long pier now features a refurbished pavilion and new visitor centre constructed from cross laminated timber.

The pavilion and visitor centre also feature some of the old timber deck, creating a sense of nostalgia of the pier’s heritage. When construction of Hastings Pier’s rebuild began in late 2013, 90% of the pier’s superstructure was in ruins; the Western Pavilion shelter building was the only original building that could be saved. To provide durability against the harsh marine environment at Hastings, the design had to take account of corrosion, failure of truss elements and the loss of the vertical cross-bracing and horizontal ties that provide the pier with its structural stability. 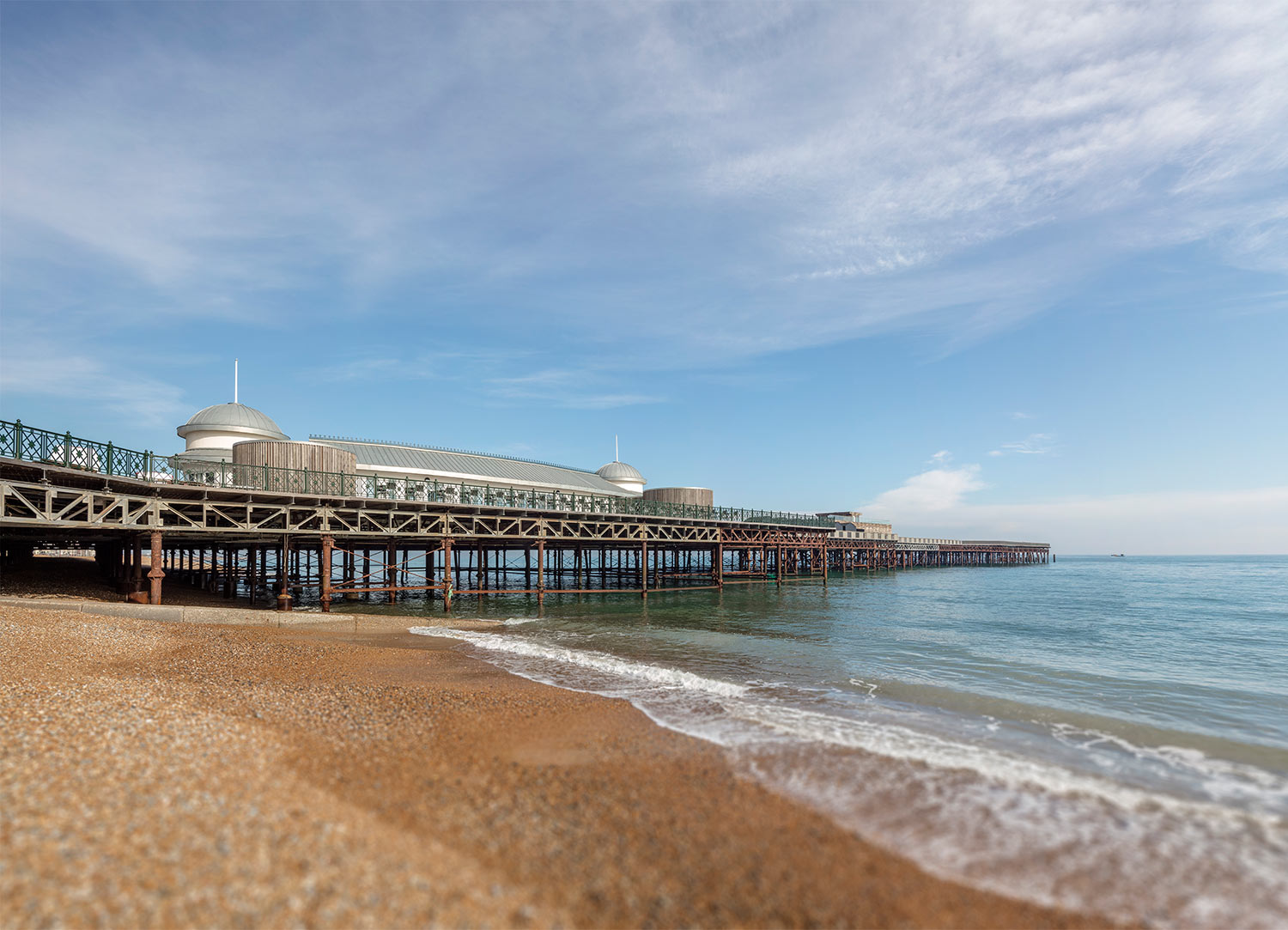 A combined approach was followed: the replacement trusses, cross beams and ties were galvanized and due to the unknown remaining capacity of the historic cast iron columns, potential for hidden defects and future degradation, principal truss members were designed to double-span allowing for replacement columns to be installed more easily. 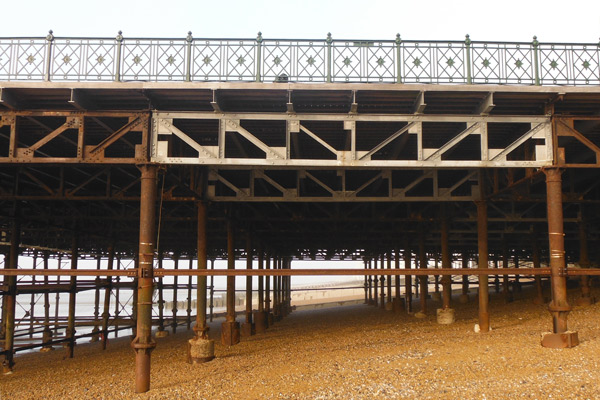 Posted on September 21, 2017 by Galvanizers Association