The Melopee city building contributes to the revitalisation of the old port area of the Belgian city of Ghent. The educational cube designed by Xaveer De Geyter Architects (XDGA) in Brussels is characterised by its openness and accessibility.

XDGA were set an unenviable task – the provision of a multi-functional building within a constrained site. A slither of land between the dock, harbour road and housing block was earmarked for a children‘s day care centre, after-school care, a community sports hall and primary school. The site also had to include access for a public footpath. 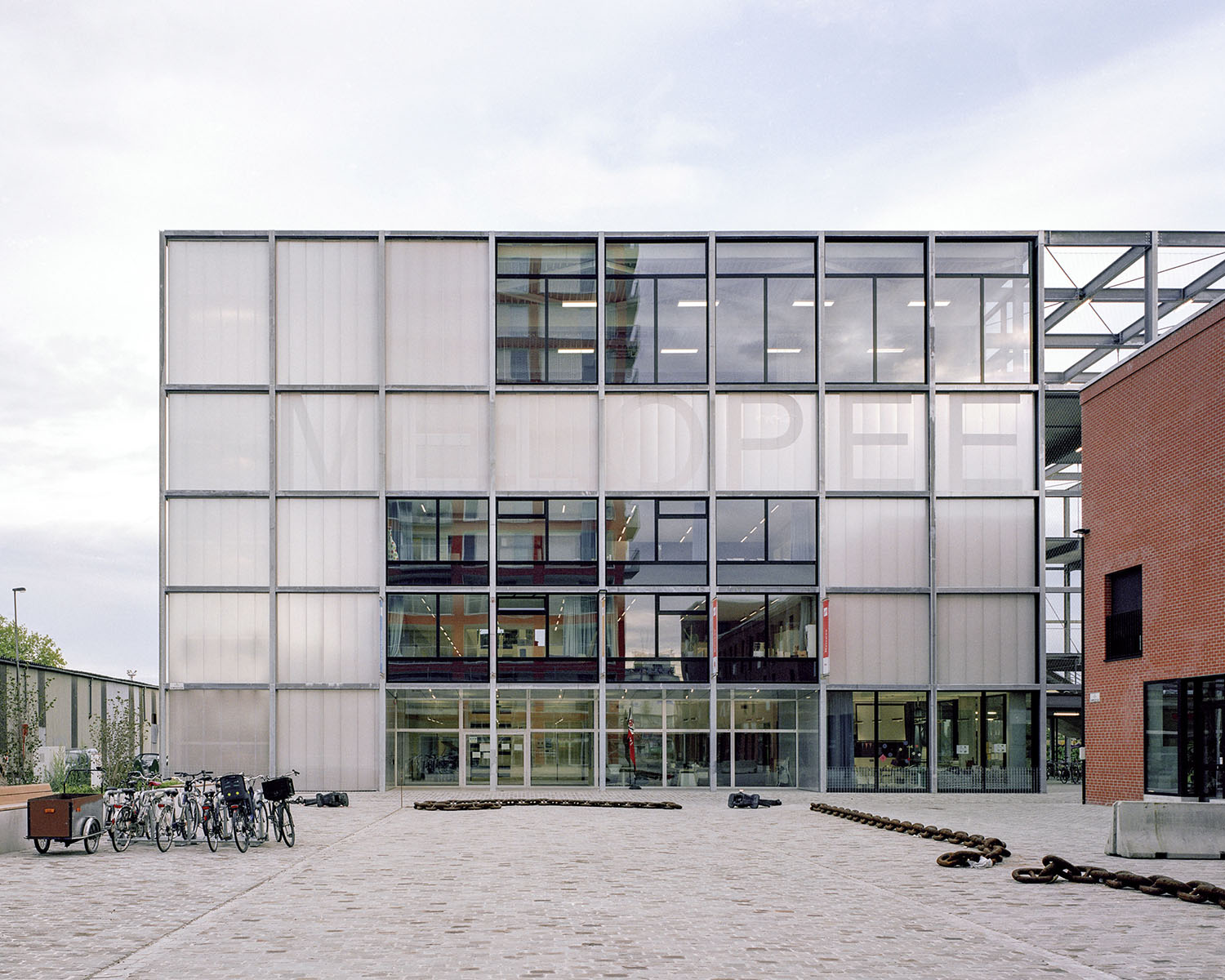 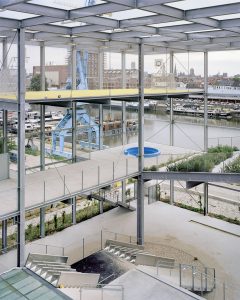 The striking architectural solution included the provision of a semi external play/con- nection area. “We couldn‘t build a classic school in the available interior space and examined various models, including a play area on the roof. In the end, we chose one compact school building, a rational rectangular box 40 m x 30 m to the east of the site that forms the internal spaces. This released space along the waterfront where we have used the free building height of 20 m to create a stack of several playgrounds over this height” – Willem Van Besien, XDGA.

The whole structure is based around a galvanized steel skeleton that unifies the two halves. On the side of the interior volume, the façades of the building were designed as a patchwork of opaque and translucent polycarbonate, glass, and aluminium lou vres. The second half is an open frame, partly infilled with steel mesh, that will in time be overgrown with vegetation.

Posted on January 22, 2021 by Galvanizers Association

‘Be Well’ was a temporary pavilion selected as the centrepiece for Clerkenwell Design Week 2019. Envisaged as a platform to showcase the inherent performance and aesthetic qualities of galvanized steel via an experimental composition of utilitarian building products and curated…

London Luton Airport (LLA) has a single passenger terminal, which during normal travel circumstances, will serve over 15 million passengers flying to multiple destinations each year. The transformation underway at LLA will not only significantly improve the experience for passengers,…

Aretz Dürr Architektur have won a long list of architectural awards including ‘House of the Year’ 2020 for their low-cost, sustainably designed, single storey family house. Sitting lightly within its surrounding landscape, the house provides a stripped down, comfortable living…

A major cloudburst in 2013 and a second flood in 2015 washed away a large part of the valley of Kedarnath, centred on the north Indian State of Uttarakhand, causing major loss of life and destruction to property. An important…