‘Old Shed New House’ is a home nestled within the agricultural landscape of North Yorkshire. The client sought a high quality, energy-efficient and low-cost building to serve as a house, library and gallery. Its sublime use of materials made it the standout winner of the GAGA 2018 Architecture award. 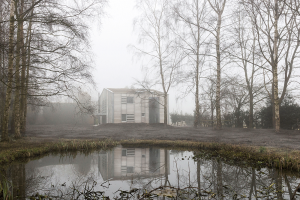 An existing agricultural shed on the site – once a container for tools and tractors – is now a container for a lifetime collection of books and art. The steel frame and ground slab have been reused and enlarged, retaining the original form of the shed. Newly clad in varied widths of shot-blasted timber and galvanized steel fins, the rhythmic façade reads like the bark of the silver birch that characterise the site.

The surrounding landscape is pulled into the building’s two principle double-height volumes through large axial openings. A long gallery, orientated east-west with the site’s long tree-lined approach, draws visitors in from afar and frames the rising and setting sun from within. A tall south-facing library, bounded by mirror-backed shelving and a light-modulating canopy, evokes a forest clearing in the heart of the house. Galvanized steel is used throughout the project, both internally and externally. 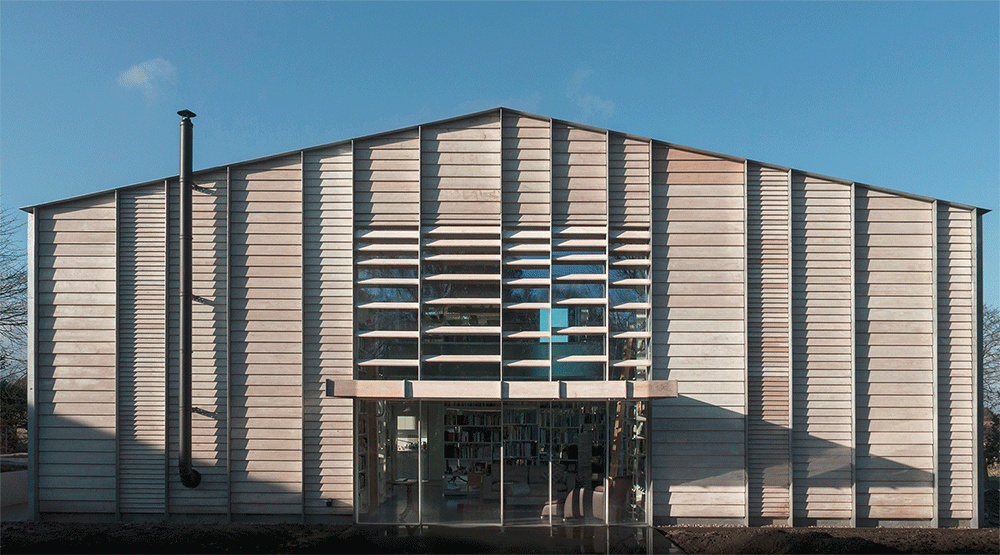 It creates an exposed exoskeleton that holds up the cantilevering canopies and forms a minimal capping detail at the roof edge. Inside, it is used structurally to form the slender-profiled bridge and mezzanine in the gallery and library, as well as for sliding perforated flyscreens and to form shadow gap junctions throughout. In addition to its robustness, galvanized steel was selected because its silvered, light-catching appearance suited the ambition to create a façade language inspired by the surrounding birch trees. Its widespread usage in agricultural structures also suited the history of the site and helps relate the new house with the old shed and the farm buildings in the locality. 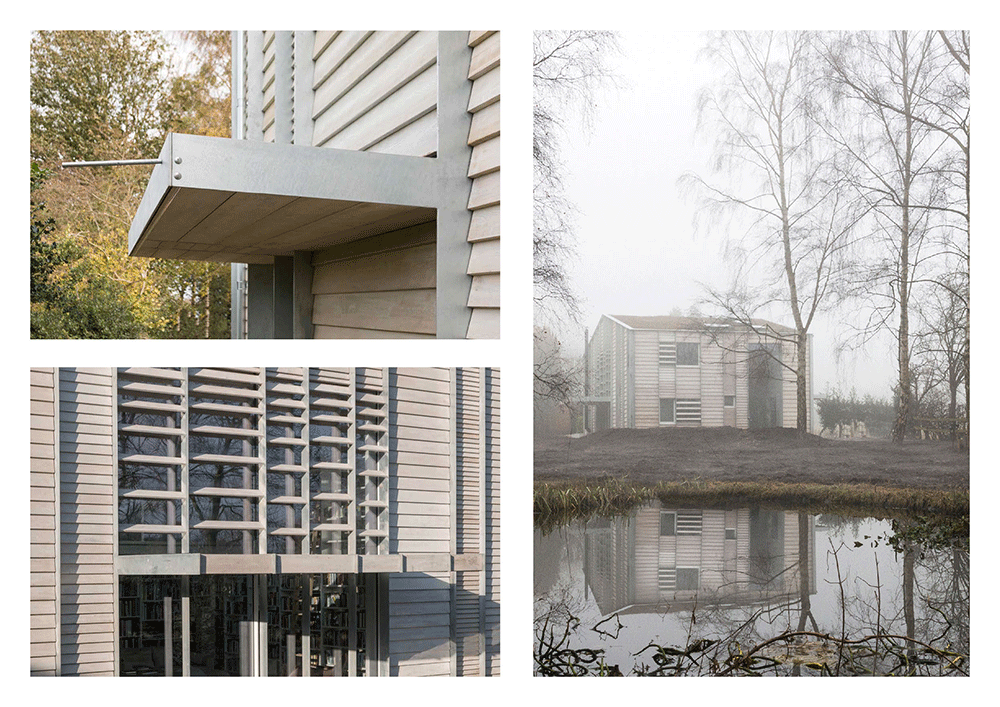 “Galvanized steel is typically considered for structural applications and rarely as a characterful material finish. We hope that this project demonstrates both the aesthetic and structural qualities inherent in the material, and encourages more exploration of its potential use in this way” – Greg Storrar, Tonkin Liu. 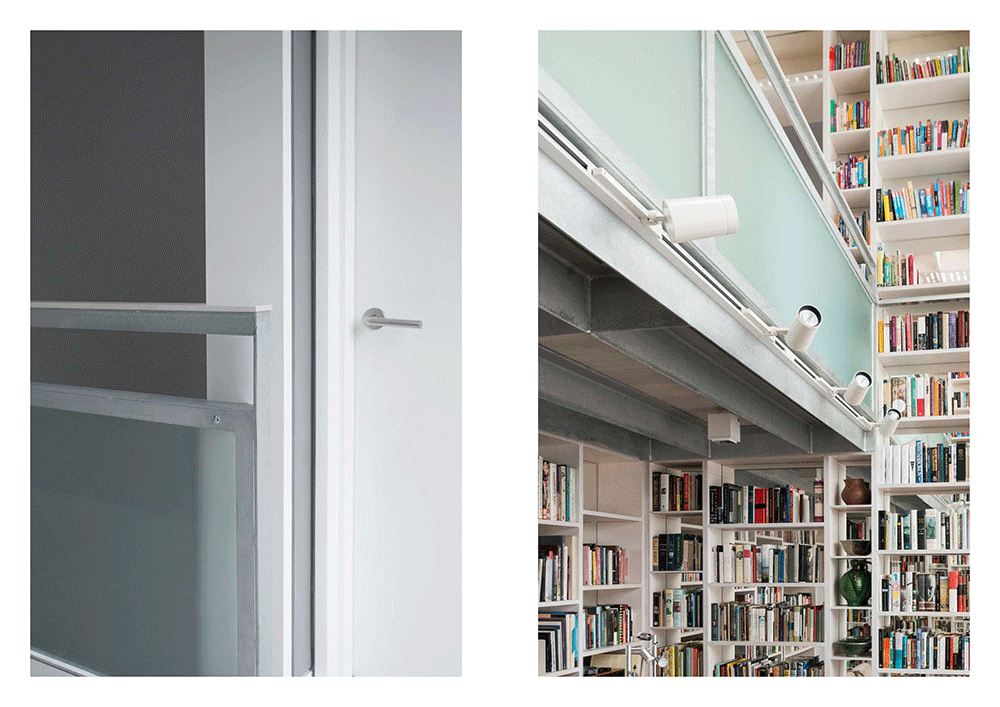 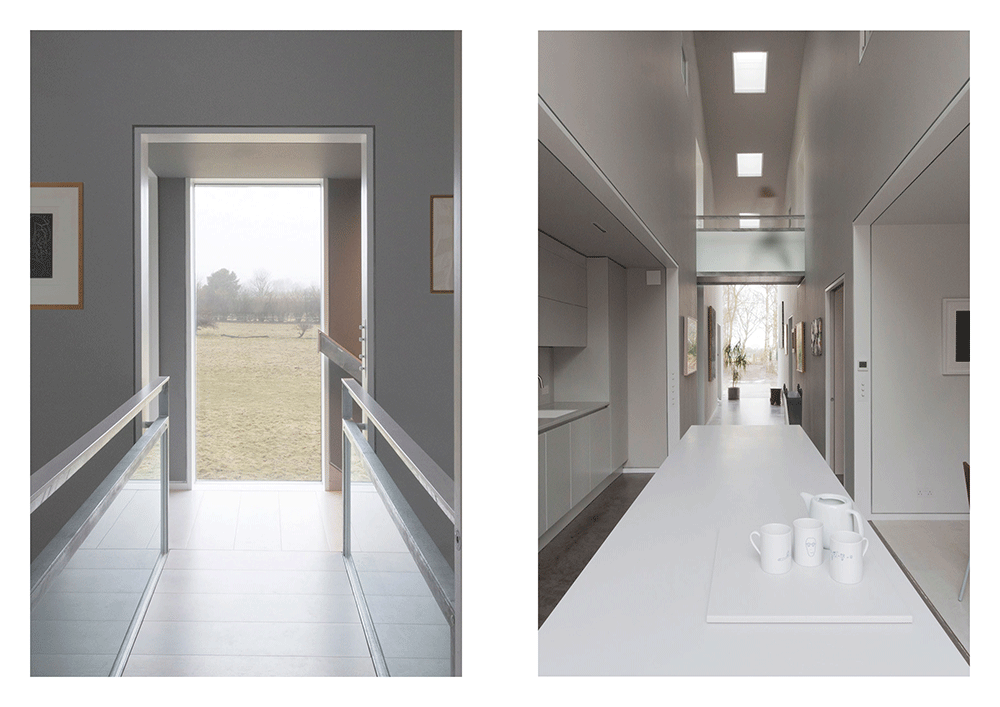 Posted on August 28, 2018 by Galvanizers Association

The campus of the École Polytechnique Fédérale elite university in Lausanne, Switzerland has been extended by another spectacular building. In the immediate vicinity of SANAA‘s Rolex Learning Center and Dominique Perrault‘s Faculty of Mechanical Engineering, stands ArtLab, designed by Kengo…

Boiled Lobster, a 3 m high sculpture was created for the Staithes Arts &amp; Heritage Festival. The sculpture took centre stage in the historic fishing village on the North Yorkshire coast to highlight its past and present fishing industry. The…

Rehearsal Rooms, a residential-led mixed-use development, is one of the first completed in London as a bespoke private rented sector (PRS) product. Detailed treatment of metalwork throughout the project made it a clear winner of the GAGA 2018 Duplex award.…

A typical concrete residential block or inspirational design? On first glance the answer could easily be the former, for a new residential complex built in Winterthur, Switzerland. Its vertical façade consists of galvanized steel, glass and raw concrete built on…