It is a well known fact that hot dip galvanized steel can be used in the construction of new infrastructure. It should not be forgotten that it can also play an important role in retrofitting structures. This can prolong the life of existing structures, increase capacity and with the work being carried out while the structure is still in use, avoid delays and additional expense. 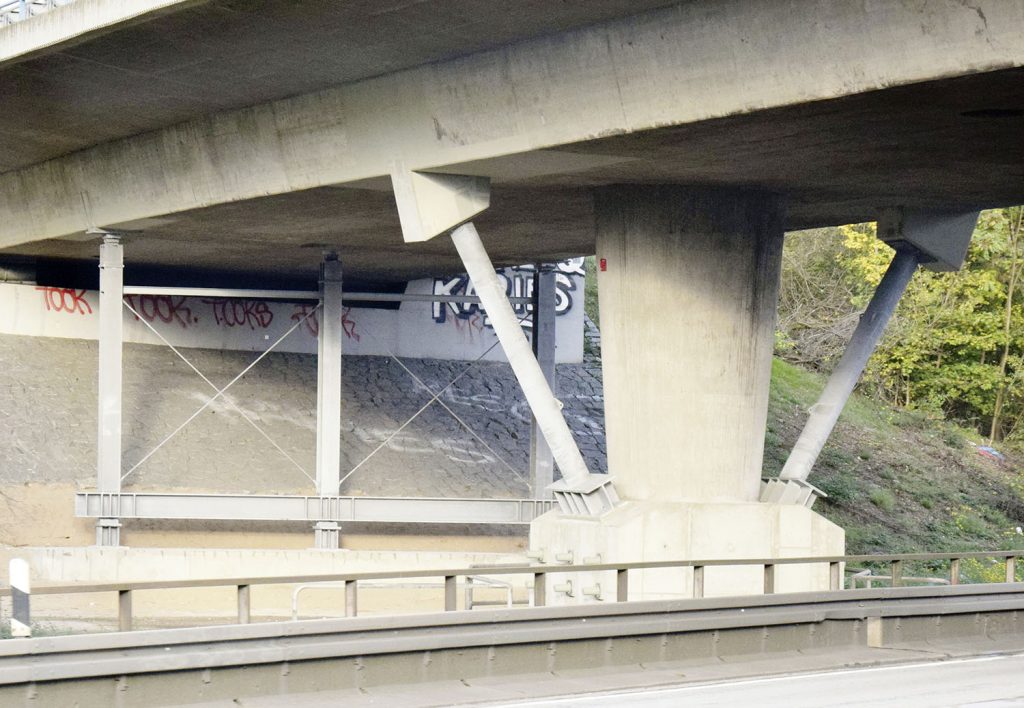 A good infrastructure strategy will include the building of new structures with the sustainable use of resources. In addition to this, retrofitting should be considered to be an important element within this strategy. Retrofitting can often take place without any significant interference in traffic and thus avoid congestion that increases costs and have negative environmental impacts.

Hot dip galvanized steel has emerged as the preferred material for the strengthening of bridge structures. Its strengths include maximum prefabrication, ease of assembly, relatively low component weight, robustness and maintenance-free durability.

A example is the reinforcement of the A6/A3 feeder bridge at the Mönchhof triangle near Frankfurt. The reinforced concrete bridge transfers the feeder from the A6 to the A3. Galvanized CHS sections help to brace the concrete piers and a galvanized steel frame at the bridge abutment helps to transfer superstructure loads onto a new strip foundation.