Vex is a unique architecture/sound collaboration. It is an in-situ concrete house which arose out of the collaboration between musician Robin Rimbaud (known as ‘Scanner’) and architects Chance de Silva. 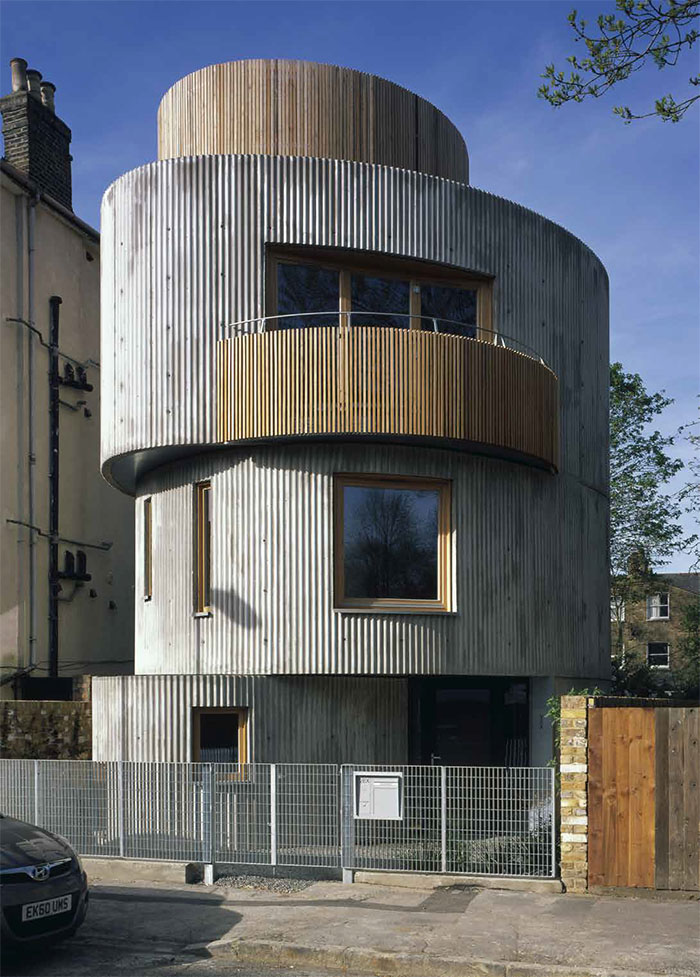 Music and architecture both take as their starting point Erik Satie’s ‘Vexations’ – a looping, repetitive piano work that lasts around 18 hours in continuous performance. This is probably the first architecture/sound collaboration of this type since Le Corbusier/Xenakis/Varèse’s Philips Pavilion of 1958 – in that it was envisaged as an integrated design collaboration, with the music and architecture symbiotic and made in parallel, rather than the sound added later as an installation in an existing building.

Wherever an upper floor is pulled back from the one below, a crescent shaped rooflight results. Where an upper floor overlaps the one below, there is a reflective soffit of galvanized steel. The building is a very bold addition to a London conservation area (of predominantly Victorian houses). It nudges forward of the historic building line to give views down the street, capture sunshine around the clock, and look out towards a local landmark church. 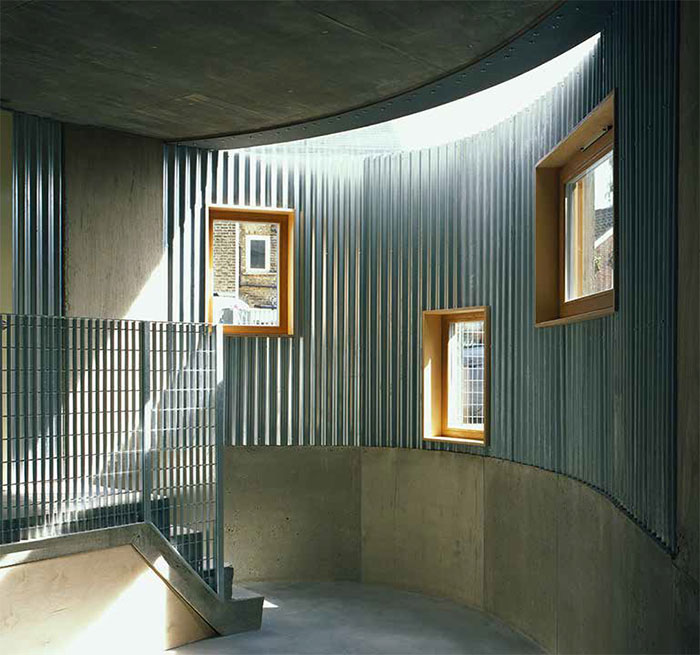 Galvanized steel was an important ingredient in both constructing and finishing this unusual building. The whole exterior skin was cast against profiled galvanized sheet to give the building its characteristic fluted concrete appearance and texture. Crescent shaped galvanized sheet soffits, which subtly reflect the fluted façades, are used wherever part of the building projects beyond the floor below. 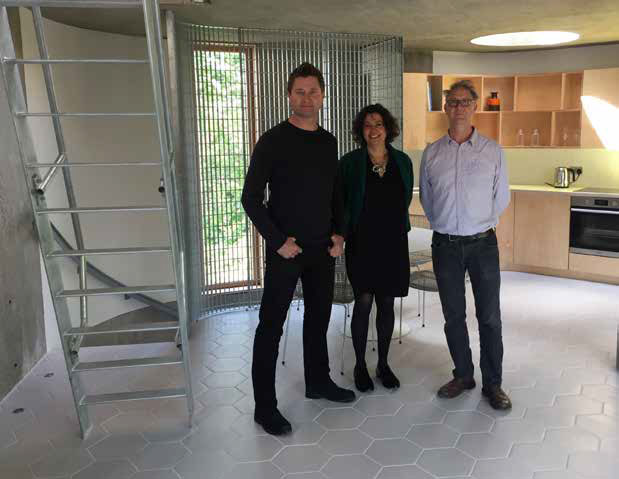 A characteristic feature internally is a curved galvanized Flow Forge grillage which defines spaces, provides guarding to staircases and acts as both dividers and screens. Reused profiled galvanized sheet from the exterior formwork is used as an internal finish to the walls in the ground floor studio. A galvanized ships ladder rises to the rooftop terrace where a circular larch fence enclosure is fixed on both sides of galvanized steel structural posts with curved flat horizontals.

Both inside and outside the variety of galvanized elements are used to complement the industrial character of VEX whilst adjusting comfortably to the building’s prolific use of curves. The galvanized finishes perfectly complement the use of raw concrete and untreated timber.

Posted on October 29, 2019 by Galvanizers Association

A large new ball made of timber and hot dip galvanized steel has become the centrepiece of the inMotion Park in Steinberg am See, Bavaria. Measuring 40 m by 50 m in height and diameter the structure has become a…

Torafu Architects were appointed to design a new street-level store of the Australian skincare brand Aesop which was recently opened in Shibuya, Tokyo. It occupies the first floor of a building along Meiji Avenue and features a pared back concrete…

Located in a traditional harbour setting near the town centre of Warnemünde, Germany’s first upcycled hostel has been created. The concept of using shipping containers for residential projects is not new but the scale of their use for the Dock…

In the port of Rotterdam, 32 dairy cows have found a new home in the world’s first floating farm. The micro farm is within the harbour of the M4H development zone in Rotterdam, an area which aims to stimulate and…