A new business school for Wrekin college, set within a beautifully landscaped campus, extends an existing teaching block. Designed to provide an environment to encourage interaction with business and employers, the new facility aims to provide a real continuous business experience which links learning with students’ ideas and experiences. 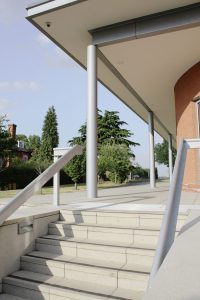 To the north, the new extension forms a new frontage to Sutherland Road announcing the new business school to the public realm. To the south, the new building creates a sunny courtyard space.

Wrekin College is known as ‘The School in the Garden’ owing to its extensive grounds and playing fields. The extension was conceived as a ‘pavilion’ in the landscape – so it was important that it is read as a discrete form despite being an extension of an existing building. To achieve this transition, the existing building is treated as a separate architectural element.

To overcome the slope of the site, the new building is set on a plinth formed from concrete paving slabs. The external landscape essentially involved the re-instatement of the lawns around the new building – completing it as a pavilion in the garden.

The form of the building is conceived as a series of discreet objects / rooms arranged on a raised plinth beneath an over sailing roof supported by ten steel columns.
The steel structure is exposed and made with great precision, with all welds ground down and all fixings either concealed or counter sunk flush with the surface of the steel. Columns are cantilevered from the base (to avoid cross bracing) and directly support a ring beam, with the roof ‘sliding’ past the ring beam and terminating with a further exposed eaves beam set along the roof edge. The aim was to create a contemporary interpretation of classical architecture – a trabeated structure realised in modern materials.

A durable and refined finish to the steel was needed and all the exposed steel roof structure and columns were hot dip galvanized and factory finished with a paint system. 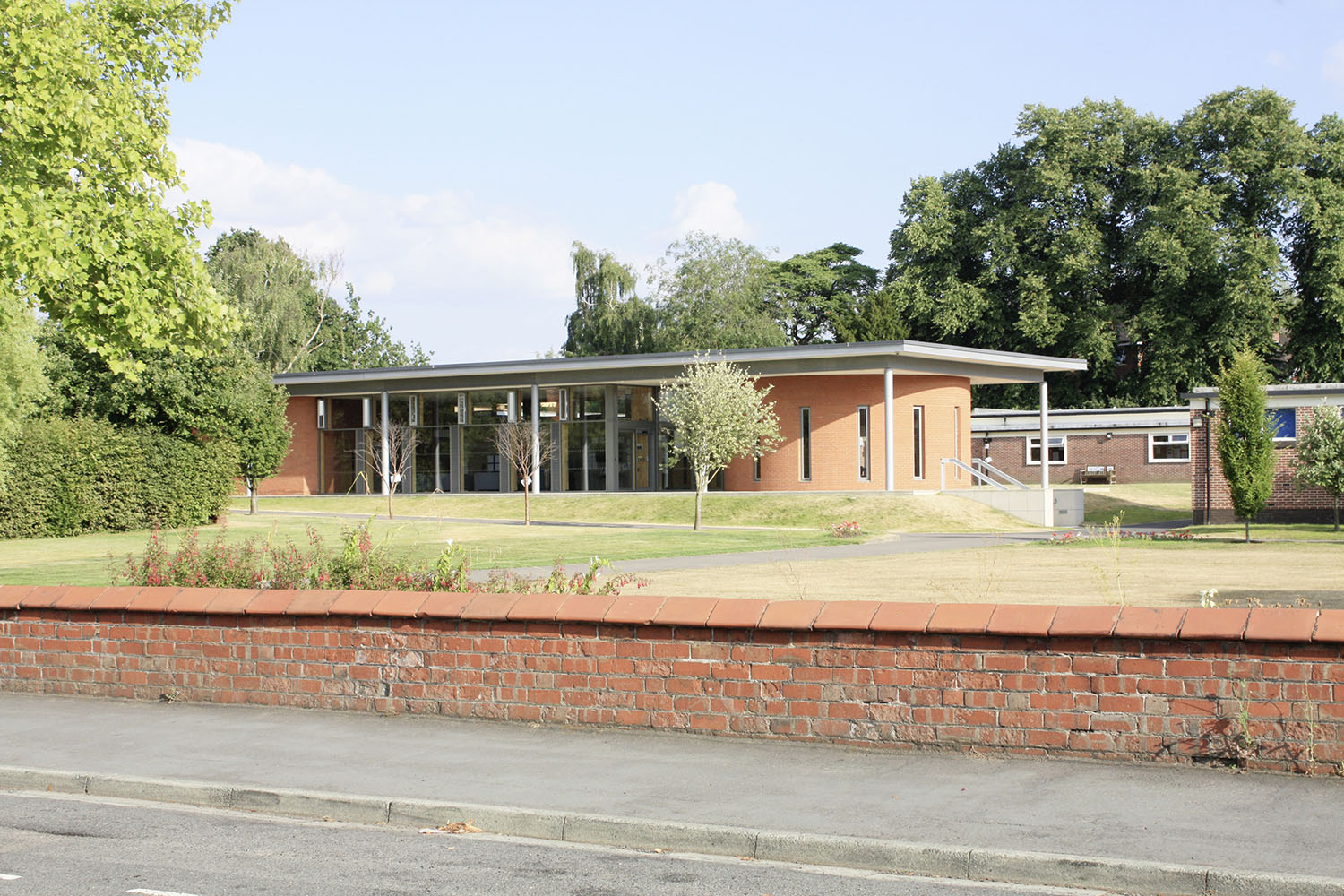 The precise, smooth, exposed structural steel finish offers a counterpoint to the richly textured handmade red bricks used for the walls beneath the roof structure and behind the columns.

1 | The exposed steel roof structure and columns were first hot dip galvanized and then factory finished with a paint system.
2 | The building sits within a beautifully landscaped campus and can be viewed from all directions