The Greenwich Peninsula is one of London’s major urban development areas, including 15,700 new homes, over 300,000 m² of office space and the conversion of the former Millennium Dome into the indoor arena renamed The O2.

Responding to a cross-party drive to increase the use of Combined Heat and Power (CHP) across the UK and to realise a vision of decentralized energy power generation in London, the winner of the architecture award,  Greenwich Peninsula Low Carbon Energy Centre houses technically advanced boilers and CHP that provide heat energy to businesses and homes due to be built on the Peninsula. It also forms part of the Peninsula’s Sustainability Strategy. 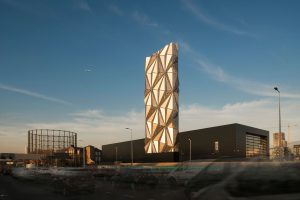 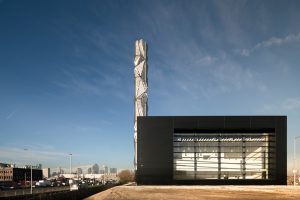