The old adage of size is no everything comes to mind when considering the history and performance of the Callender-Hamilton bridge at Two Fords, Lydlinch, Dorset.

As early as 1942 the Ministry of Defence was considering uotline plans for the D-Day invasion. Where and when the landings would take place were top secret, but the speedy movement of the invasion force to the south coast ports was a common factor to all alternatives. One such route, the A357 through Dorset, Poole Harbour, needed to be improved.

At Lylinch, the picturesque narrow stone bridge over the River Lyden would not withstand the weight of heavy tanks. In 1942 Canadian army engineers erected a temporary galvanized steel Callender-Hamilton bridge alongside the older struture. The tanks and heavy equipment were diverted over the galvanized bridge on their way to Europe.

The bridge was not intended to be a permanent structure, but has stayed in service having been passed into Dorset County Council’s control after the war. It has carried the road’s eastbound traffic ever since.

The bridge has seen only minor changes to its original design since it was erected. Timber deck repairs were carried out in 1985 and 2009. The only work of any structural note was that of strengthening the bridge in 1996 to enable it to conform to new standards in order to carry 40t lorries.

At the time Ted Taylor, Dorset’s chief bridge engineer said “We have had no real trouble ensuring that this ‘temporary bridge’ is brought up to the new standard and the bridge was in remarkably good shape”.

In actual fact, the strengthening consisted of bolting ‘T’ sections to the existing transverse deck beams and the addition of some longitudinal beams. The two main trusses were left as they were in 1942. Engineering forethought meant that on a few sections where a lot of cutting and readjustment of design had taken place, the sections were re-galvanized. 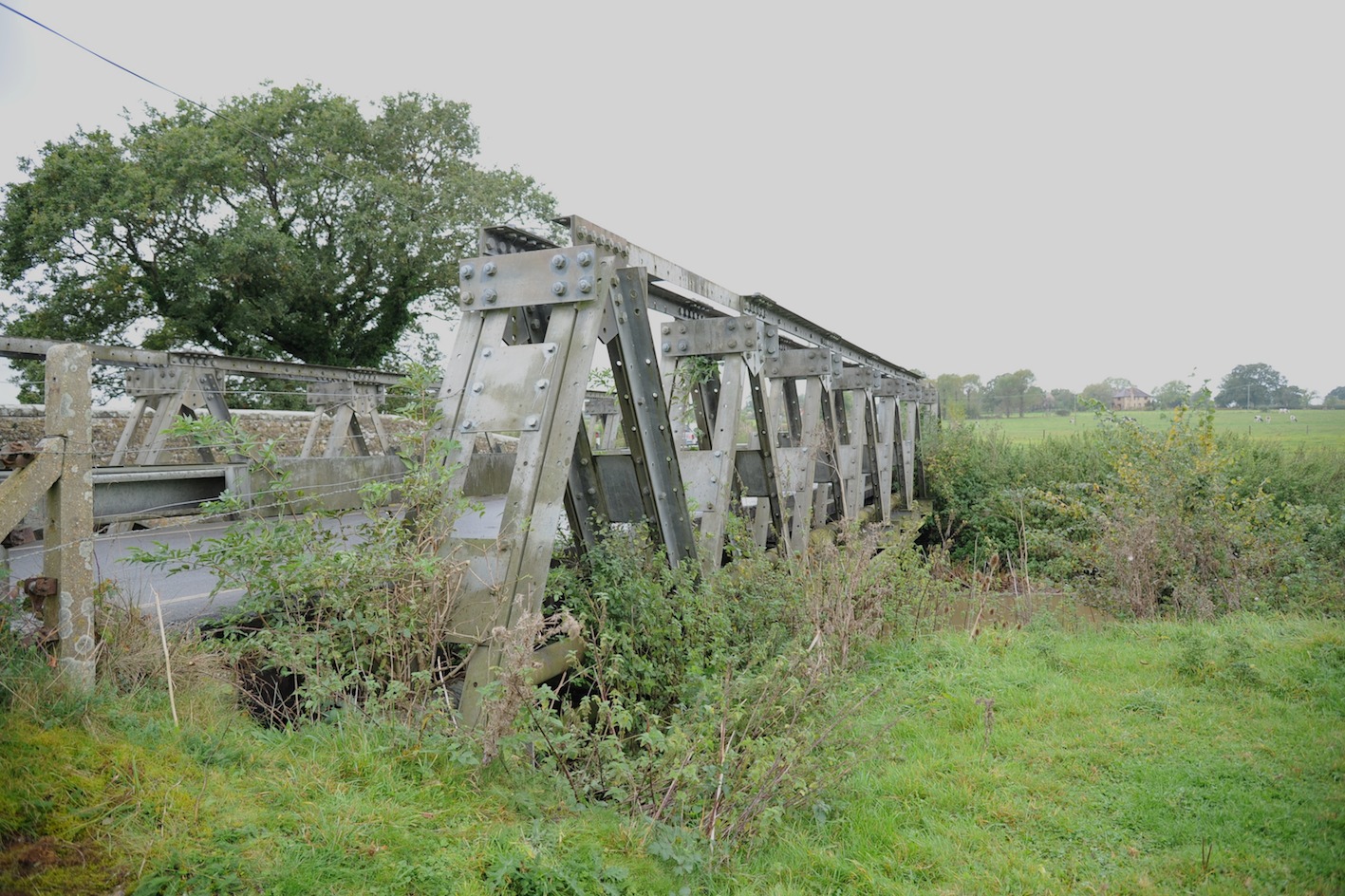 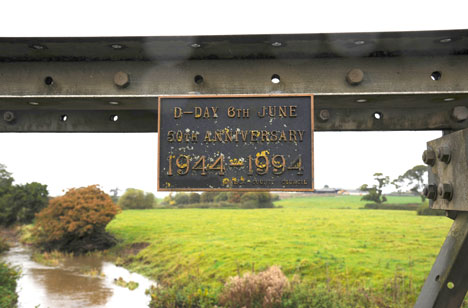 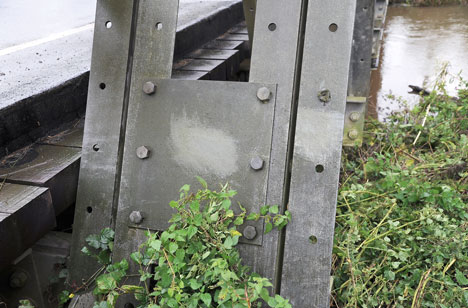 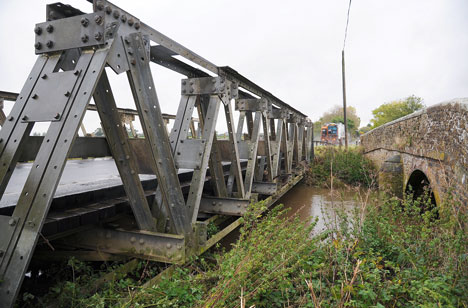 Inspection of the bridge

The bridge still looks in very good condition and on first sight the areas that look to have a slightly weary appearance are mostly due to dirt deposits and growth of moss on the steel surfaces.

Despite all that‘s thrown at it, floodwater, mud and grit salt, after 72 years the galvanized exposed members are still in very good condition. Les Lock, Project Engineer

Coating thickness measurements were taken on steel members chosen at random from both sides of the bridge after wire brushing so as to remove any surface contaminants or build-up of corrosion products.

(…)the coating can be expected to provide a life well in excess of 100 years, a tribute to the designers and the men who built it.

Les Lock, Project Engineer said “Despite all that‘s thrown at it, floodwater, mud and grit salt, after 72 years the galvanized exposed members are still in very good condition.”

Having started life as a temporary structure, the Callender-Hamiliton bridge at Two Fords, Lydlinch, is still in fine fettle 72 years after it was first erected. The bridge has now become part of Dorset folklore and it surely can‘t be far off becoming a listed structure.

The galvanized coating has stood the test of time exceptionally well and taking the remaining coating thicknesses into account along-side zinc corrosion data, the coating can be expected to provide a life well in excess of 100 years, a tribute to the designers and the men who built it.

The bridge inspection was carried out with the kind permission and assistance of Dorset County Council with particular thanks to Les Lock, Project Engineer, Bridge Inspections.