Galvanizers Association’s annual Galvanizing Awards reached a milestone this year with its 20th anniversary. Guest speakers and past winners attended the ceremony at the Royal Aeronautical Society in London this summer to celebrate the calibre of entries that we continue to receive.

The category winners of this year‘s construction awards highlight a number of important trends within the construction industry. Who would have thought that a Wastewater Treatment Works could fit so snuggly into the rolling hills of the South Downs and a farm building that would recall the Italian Palladian design.

At Hadspen, a 750 acre estate in Somerset, one of the dominant topographical features is the valley that runs south from the main house to the farmyard at ‘Shatwell’. As part of an overall restructuring of the buildings of the farm and the spaces between them, the new cowshed, measuring 42 metres long by 20 metres wide, is placed on the axis of the valley. Approaching from the south elevation, you are greeted by two giant arches, one cut out of slatted timber and part of the gable, the adjacent arch in concrete, just held within the gable frame.

The interior of the Cowshed is bright with fractured daylight through the slatted timber screens and grid of skylights. On entering the arches, the galvanized portal frame becomes apparent, revealing both a modest and grandly ambitious design. Six pens accommodate up to 80 cattle, which are graded according to their age and size.

There is a long tradition at Hadspen which sees utilitarian agricultural buildings participate in a careful spatial ordering with architectural ambitions exceeding their functional stature. Acknowledgement of the building’s civic role within the farmstead is heightened by the craft of its heavy concrete construction which contrasts with the galvanized steel of the cattle enclosure.

The long heritage of the estate; the inevitable adjustments to its fabric over time and changes in use of many of its buildings, goes some way to explain the juxtaposition of construction elements of this building. Find out more about the architecture award.

Hengrove is a spectacular, multi-million pound leisure facility, boasting a 10 lane, 50-metre Olympic-standard pool with a teaching pool and movable floor (featured in our previous edition). The pool has a structural steel frame with the roof supported on cell form beams spanning 37.5 metres.

The elevated ‘bubble effect’ feature roof over the main pool hall was also supported on curved galvanized universal beams set out to exacting tolerances, forming an impressive feature above the swimmers.

Have a project in mind? Let us know by clicking the button below

The Authority requirements called for the main structure to have a guaranteed life of 60 years with minimal maintenance; with the corrosive chlorine atmosphere of the pool halls, this posed a challenge to the designers.

Traditional painting methods, utilising Chlorinated Rubber Paint, were quickly discounted due to the maintenance regime and lack of access over the pools. The benefits of a factory applied, robust, homogenous finish led to hot dip galvanizing being selected. Find out more about the sustainable award.

At first glance what seems like an ancient English long barrow set in the South Downs is actually a Wastewater Treatment Works. The newly completed Peacehaven facility not only looks great at a distance but bears up to closer security the closer you get. The huge plant has been beautifully engineered with its concrete bunker and steel structure nestled into the Sussex countryside near Brighton.

Approximately the size of three football pitches, the complete structure is covered by a parabolic roof that rises to a maximum height of 18m and dips down to a height of 14m. All of the structures consist of complex curved and domed roofs forming parabolas with curved side walls and bull nose details.

Covered in sedum, the roof blends into the South Downs, and forms the largest green roof in Britain. The large galvanized steel structure is divided into two parts by a movement joint located along a steel covered canopy that connects the Sludge Recycling Centre to the larger Pre-Treatment Building part of the structure, an area which sits over the facility’s deep shafts.

Overlooking the beach in the village of Porthtowan on the north Cornish coast, these two new houses are located on a dramatic, south-facing hillside. Surprisingly, for such a prominent and relatively remote coastal site, the new houses are surrounded by a suburban estate of bungalows dating from the 1950s. 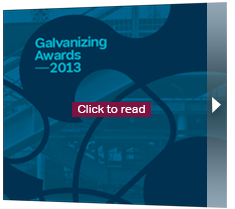 Malindi, the larger of the two new houses is the main family home and Providence accommodates an artist’s studio at upper ground floor level. The client, a couple with a teenage son owned the previous houses on the site. Both were much smaller and substandard compared to these wonderful replacements.

Attention to detail is a hallmark of the project, illustrated via extensive hidden details that include galvanized steel frames to support the verandahs and glass balconies both externally and internally. To reduce the impact of the new houses on the landscape, both houses are built into the 1 in 7 slope of the hillside.

The two adjacent sites face south and this orientation has been used to create passive solar gain to minimize both the use of fossil fuels and energy costs. This has been achieved partly by fully glazing the southern elevations of the two houses and partly by using highly insulated, high mass construction for the remainder of the two houses.

To minimize the possibility of overheating in summer, the glazed southern elevation is set back behind hardwood verandahs, which provide full width balconies at upper ground floor level and protect the interiors from the high summer sun, while allowing the much lower winter sun to penetrate deep into the two houses. Find out more about the architectural steelwork -detail award.

Falmer House at Sussex University, which houses various University services and the Student Union, was designed by the world renowned architect Sir Basil Spence in the 1960s. Brick faced with a vault and column structure and extensive glazing, the unusual building is the first to be seen when entering the campus. It is also one of the most beautiful campus locations in Britain, being situated in rolling parkland on the edge of Brighton and bordered by the South Downs National Park.

When a replacement fenestration programme was proposed for the iconic building, Crittall Windows Ltd was contracted to supply a selection of hot rolled galvanized steel profiles and cold-formed galvanized steel doors for the project.

The window replacement scheme is part of a multi-million pound venture to upgrade the self-contained site, which was awarded a bronze medal from RIBA for its design and architecture and which enjoys a Grade I listed status for a development of exceptional interest.

English Heritage-approved, the profiles were the ideal choice for the replacement scheme, with the narrow sightlines minimising any obtrusive mullions and transoms, and allowing the glazing to blend unobtrusively into the existing architecture, enhancing its aesthetic value. Find out more about the duplex systems award.